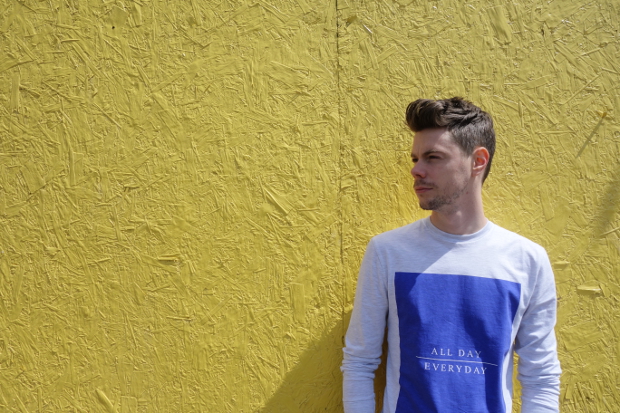 Donovan’s bio reads so definitively Berlin, it hurts. Drawn here in October 2015 to lay the groundwork for BIMM Berlin – part of a group of music colleges in European cities with very individual and specific music scenes – Donovan currently serves as resident PhD head of school while moonlighting as local act DEADBEAR. We talked with him about his dual role, the creative freshness of young talent, and what Berlin and BIMM offer to the next generation of musicians.

You’re juggling a personal career in music alongside the exhaustive responsibilities of being a school principal. What’s that look like?

It’s quite a dichotomy that’s tough to navigate, but both feed into each other pretty organically. On the school side, me being an artist is something hugely relevant and timely. I know the space of the contemporary music industry – its processes and frustrations and challenges. Writing your own press release, doing your own marketing, work-ing with small labels. Which gives me a unique point-of-entry in relating to and helping our students, who are just starting to flap their wings as music professionals. And in that relationship, actually, is something hugely inspirational and galvanizing, creatively. Obviously I don’t have much time for my own music, and I’m not going to go into a class and start doing lab electronics, but there’s something in watching these students’ development, some weird energy that makes you, after a day of answering a billion emails, go, “I want to make music.” Now, if I could just watch less Netflix.

That weird energy… does it have to do with your students’ enthusiasm?

Absolutely. There’s a freshness continually crystallized in the work and personalities of young talent. It’s there, lurking in everyone, in all our students. Even the ones who at first seem reticent to get on stage, the shy ones with poor technique. Often those students end up being the real diamonds, the ones who are going to bloom the most creatively – precisely because they have to drag that personality and talent out. Think hard, work hard, put the graft in. It’s amazing what comes out of that, the passion and uniqueness.

And the next step is concentrating that uniqueness, swatting away all the forces in the air stunting it, like comparisons:“That person’s so much better than me,” or “Should I be doing this career over another?”

Everyone has their own voice and talent; those questions are as relevant as saying, “Is Bob Dylan better than Beyonce?” It’s a completely pointless question to answer. No, he isn’t. And she’s not better than him. And this is why Berlin is so great and distinctive. There’s a general laid-backness here that removes you from that relative kind of thinking. No pressure to fit into a certain scene, to have a certain look. And when you combine that with the city’s richness, for example, environmentally, with its swath of lakes and forests in the city- proper – this is tangibly freeing. Not just for our students, but also for me personally. My latest album (The Trees Are Dancing, out March 24) is basically the result of Berlin liberation.

At the same time, success doesn’t just derive from uniqueness, or talent, or be- ing free. Happenstance plays a huge part in it. How does BIMM Berlin tackle that un- predictability in preparing its students for the future?

It’s hard to put what you’re talking about into a curriculum, but it’s something we address, because it’s true: it’s not just enough to be good anymore. The biggest thing is offering connectivity, which is BIMM’s strongest aspect. Things like putting students in contact with commercial players around the city, or setting them up with tutors who are industry people with active careers – this is huge, and something we can do because of how enmeshed we are in the Berlin music scene. On a more personal level, we’re all about teaching transferrable skills: the nitty-gritty production things, but also overlooked things, like interpersonal skills. Being a great player, yeah – but also being the person on the tour bus that isn’t annoying everyone, someone people can live with. Because you won’t get jobs if you’re not that person.

Book your place at BIMM Berlin’s next Open Day, April 9, either via website or by calling directly. You can expect a comprehensive review of what BIMM Berlin offers, and plenty of opportunities to meet with current students and staff. Be ready for a number of music performances, and your very own copy of BIMM Berlin’s student album – an annual effort collating the best of the BIMM bunch and crafted in a commercial studio, in collaboration with local producer Pete Smith of Sting and Van Morrison fame. Students retain the copyrights to their songs, meaning they can self-release their hard work at BIMM at their own discretion. Can’t make it? Drop a line and they’ll meet with you, anytime, for a more tailored tour.