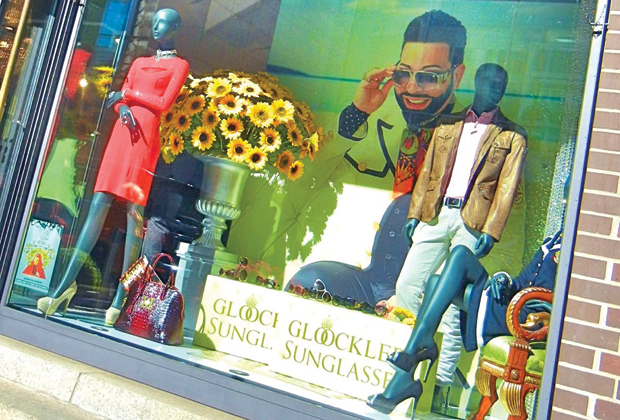 Dan Borden on Klaus Wowereit’s attempts to give Berlin a fashion makeover.

Klaus Wowereit wasn’t just a gay man who served as Berlin’s mayor (2001-2014); he was a mayor who made his gayness part of his leadership style. He kissed drag queens at the Christopher Street Day parade. He popped corks at art openings and film festivals, basking in fabulousness. But none of Wowereit’s policies spotlights his “gay agenda” more than his crusade to turn Berlin into a world fashion capital.

Before Klaus, Berlin was no stranger to nice clothes. The city has 10 fashion schools and 3700 clothing-related businesses, including retailers like Gucci and Prada catering to Charlottenburg matrons. But Wowereit envisioned a 21st-century culture of Berlin-based fashion labels that capitalised on the city’s youth and creativity.

In July 2007, he lorded over the first Berlin Mercedes-Benz Fashion Week. The mayor saw himself yanking his citizens up to a higher plane. Critics saw an awkward fit: what did thrifty, socially conscious Berliners want with a business fuelled by hype, worker exploitation and planned obsolescence? Wowereit, they said, was smearing lipstick on a grouchy, Birkenstock-clad bear. The mayor may be gone now, but  his fashion biz crusade is still  changing the face of the city.

An early victory in  Wowereit’s pro-fashion campaign came in 2009, when  the Bread & Butter fashion  trade fair announced it was  relocating from Barcelona to  Berlin. Organizer Karl-Heinz Müller signed a contract to hold his biannual streetwear event at Tempelhof through 2019, breathing life into the newly closed airport.

Then, last summer, Müller reneged. He and his exhibitors decided that hanging out in an old Berlin airport had gotten, well, old. B&B would rotate between Barcelona, Seoul and another, even hipper city. In January, however, Müller made a U-turn – B&B’s summer 2015 event is back at Tempelhof. Next year? Who knows? Lesson: beware of long-term commitments from a business driven by novelty.

At the dawn of the Wowereit era, Hackescher Markt was surrounded by cafes and quirky shops,  some dating back to the GDR. Affordable rents fostered a local clothing culture: shops along the streets, ateliers in courtyards. This nascent scene was crushed by an invasion of deep-pocketed multinational chains – COS, Tommy Hilfiger, Fred Perry – feeding off the area’s cool vibe.

When Exberliner lamented the transformation last year, readers defended the changes as natural and inevitable. But there’s nothing natural about the cascade of exploitation that lets these companies pay monster rents: farmers and textile workers get pennies, while consumers, duped by the magical thinking around labels and logos, shell out wildly inflated sums.

And the urban changes are far from inevitable. Kreuzberg has successfully fought off multinational chains, preventing Bergmannstraße and Oranienstraße from suffering the same fate. Mitte should have kept these corporate predators caged in shopping malls where they belong.

Founded in 2008 by three young locals, the company’s earnings leaped from €200 million in 2011 to €2.3 billion last year. The new building also filled a missing piece in the Mediaspree puzzle, the city’s much-hated scheme to line the river with office towers. Zalando’s new building is just the beginning: they plan to double their 8000-strong workforce.

Last April, Fashion Circus, a boutique showcasing designer Harald Glööckler’s wares, replaced a decades-old antiques emporium in the arches under the Friedrichstraße station. Back in 2001, Mayor Wowereit signalled his early support for Berlin-based fashion by attending one of Glööckler’s first shows.

Since then, Glööckler has blossomed – aided by reality TV shows and cosmetic surgery – into a Liberace-style caricature of fashion biz excess and self-promotion. Critics dismiss him, but in those 14 years, he’s watched dozens of Berlin fashion Wunderkinder rise and fall. Was Glööckler forced to take the low road by a fickle, cold-hearted business? Is he clown, savvy survivor or fashion victim?

Klaus Wowereit’s fashion fascination has given Berlin real victories: Berlin Fashion Week draws more exhibitors each year, and local labels like Tillmann Lauterbach and Augustin Teboul are taking off. But if Wowereit hadn’t been so focused on cultivating a fashion scene, maybe Berlin would have a new, functioning airport instead.