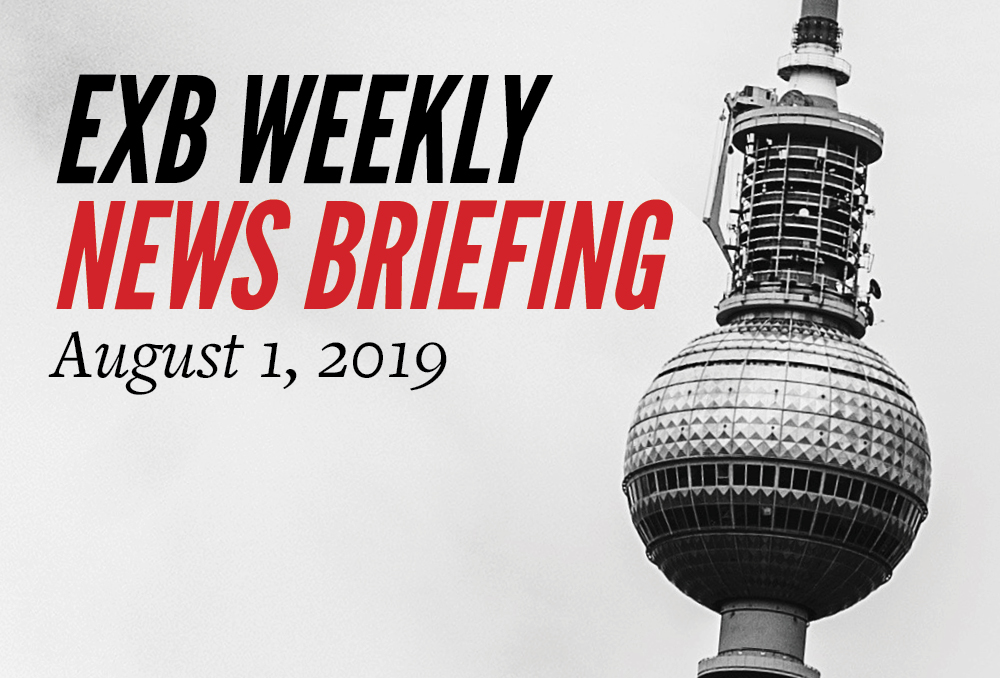 A weekly round-up of news stories that piqued our interest or made us scratch our heads. This week:  Storm alert! Heavy rain, hail and storm gusts swept across Brandenburg and Berlin twice this week, affecting public transport and road traffic. On Monday it was Pankow, Reinickendorf and Wedding, on Wednesday it hit the north-east: Berlin fire brigade declared a state of emergency both times and had to embark on 97 and 116 missions respectively. Cars were trapped in 70cm deep water, S-Bahns had to be evacuated. ACHTUNG! more storms forecasted for Thursday! Shoppers moving SoTo According to a new survey by real-estate service provider JLL, a number of major shopping streets in Berlin – including Friedrichstraße, Schönhauser Allee and Karl-Marx-Straße – have seen a dramatic drop in visitors. Not affected by the trend? Münzstraße (+ 30 percent) and Rosenthaler Straße (+ 26 percent), packed with H&M shoot-offs and hip international brands. The money is moving South of Torstrasse! Homeless census Starting in January 2020, the city will count its homeless, a member of Senat coalition partner Die Linke said on Tuesday. According to current estimates Berlin could account for up to 20 percent of the 48,000 people living without a home in Germany. The survey is supposed to happen twice a year, in winter and summer, and entail information about aid options offered by the city. A new ‘Siemens City’ on the way Tuesday saw the launch of a design competition for the new industrial district Siemenstadt in Berlin-Spandau, inviting 17 major architectural firms from Germany, Austria, Switzerland, Norway and the Netherlands to take part. The company  intends to invest €600 million to turn the 70 hectare historical site into a carbon neutral paradise housing a research campus and 3000 flats. Deutsch Bahn is working on plans for an S-Bahn connection and the Senat has promised fibre optic cables for fast internet. Completion date planned for 2030. Berlin removes glass containers Live outside the Ring? You might soon have to take a walk around the neighbourhood to recycle glass bottles: As announced on Monday,  30,000 glass containers will be removed from backyards starting this month. The reasoning behind the step? The separation of clear, brown and green glass supposedly works better with the big public containers located on street corners. The city parliament is against the measure, an SPD member said, arguing that recycling should be made as simple as possible. Now, who said local politics wasn’t fascinating! BER security checks Berlin’s long-awaited airport is finally ready for a comprehensive test run, as announced by the airport company (FBB). The TÜV Rheinland started on Thursday with security systems – from emergency power supply to fire alarms (with a four-day delay!). First successes have already been celebrated with the topping-out ceremonies of a couple of terminal buildings. If it passes the test, the airport is supposed to open next year. We say: don’t get too excited just yet.