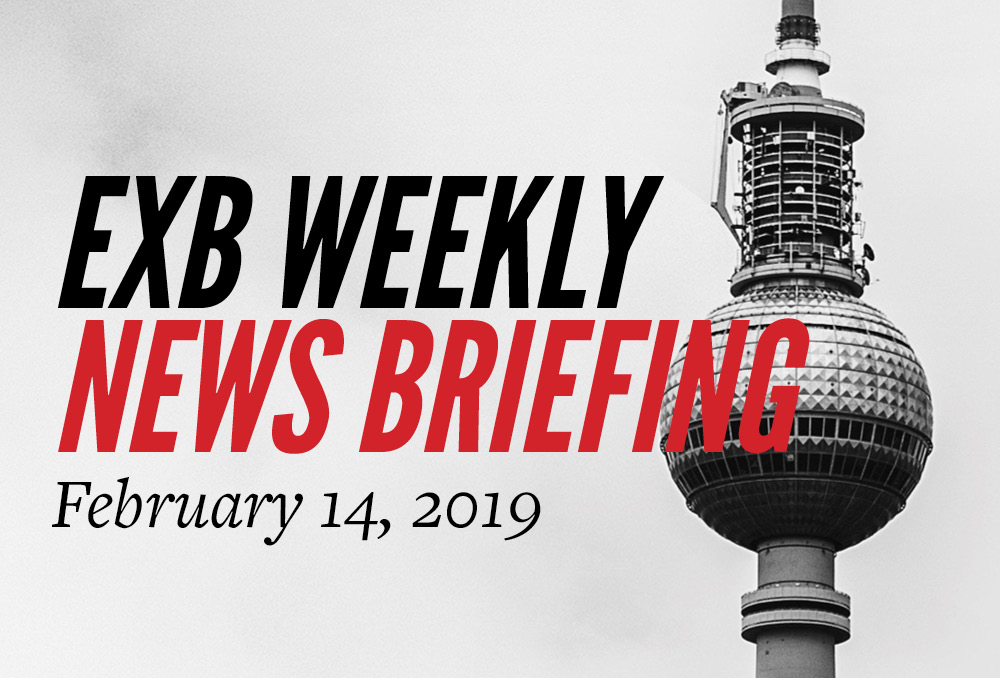 One strike, bikes out Go ahead, have that extra drink tonight! In case you haven’t heard, unless you live in the same Kiez as your job you’re not easily getting to work tomorrow morning anyway, thanks to a warning strike from BVG. The strike is set to last from “early morning” to around noon on Friday, and stems from labour disputes between the city and the union Verdi. So remember to put air in your tyres and get on your bike, because at 13 degrees it’s perfect cycling weather.

And driving won’t be the solution… Despite our numerous cycling lanes and the oft-heard claim to being green, Berlin was declared Tuesday the traffic jam capital of Germany in a new study from traffic data provider Inrix. The study claims that the average Berlin motorist lost around 154 hours in heavy traffic and congestion last year. But on the plus side, Berlin is doing better than its international counterparts, ranking 40th in a comparison of 200 cities worldwide, including Rome, Paris and London.

This fall, celebrate the Fall It might seem a bit early to start planning how you’ll celebrate the fall of the Berlin Wall in November, but take note, history buffs – Kulturprojekte Berlin announced on Wednesday they’ll throw a full seven-day festival honouring the 30th anniversary of the Peaceful Revolution. Planned festivities include installations at seven locations along a so-called ‘route of the revolution’, snaking around hotspots for protest like Alexanderplatz and the Brandenburg Gate, and a culminating music festival on November 9.

Wir Kinder back to Bahnhof Zoo The story of West Berlin’s original it-girl, Christiane Felscherinow, Wir Kinder von Bahnhof Zoo (1978), is being remade as an Amazon Prime series, it was announced on Wednesday evening. After the cult success of Uli Edel’s 1981 film adaptation, Christiane F. – Wir Kinder von Bahnhof Zoo, this modern remake is due to put U-Bahnhof Zoologischer Garten back on the map as a pilgrimage destination for West Berlin subterranean romantics and more. But without a cameo from David Bowie, we’re wondering how it will get from that station to this station.

Berlin clubs go green Your dance moves aren’t the only thing burning energy at Berghain, as it turns out: one club emits 30 tonnes of CO2 a year, and uses as much electricity in the course of a single weekend as one household uses in an entire year. But don’t let the climate change angst get you down, because Berlin clubs have pledged to help their city become carbon neutral by 2020, it was reported on Tuesday. With the help of German NGO Friends of the Earth (and Senate funding), clubs are exploring such solutions as switching to green energy and using LED lights – as well as the more left-field option of using “sustainable dance floors” to harness the energy of club-goers.

Berlin clubs rake in the big bucks Green living is not all Berlin clubs are giving back to the city. The Berlin Club Commission confirmed on Tuesday that club tourists bring in revenues of €1.48 billion a year. One quarter of Berlin’s annual intake of 13 million tourists (a rapidly rising figure) come specifically for the nightlife – which should come as a surprise to precisely no one.

BND brings spies back to Berlin On Friday, Merkel inaugurated the BND’s towering new HQ in Mitte’s Chausseestraße. Haunted by memories of the Gestapo and the Stasi, Germany’s intelligence service has hidden in rural shadow outside Munich since the end of World War II. But it’s time for the Deutsches Spionagemuseum to move out of the spotlight in the capital, because the BND is bolstering its role on the global stage and becoming visible again in this dramatic €1 billion fortress. And in response to the distrust circling the BND – just take a look at the building’s fun, beachy steel palm tree decor outside. Not suspicious at all!