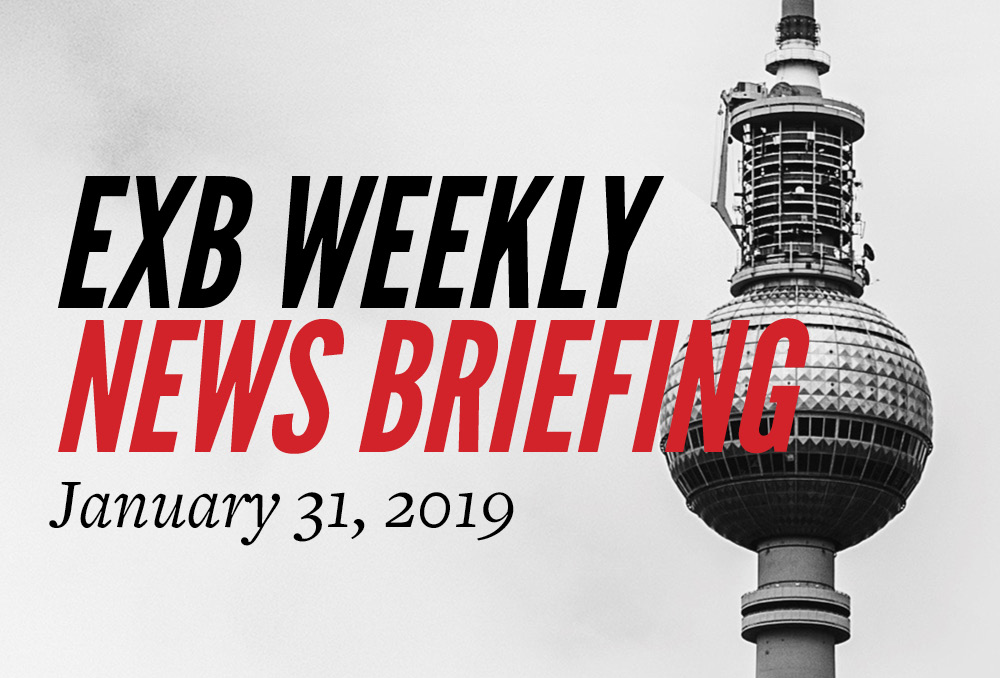 Bergmannstraße hang-out experiment a bust The test phase for so-called “hang-out areas” on Bergmannstraße is being cut short by the district of Friedrichshain-Kreuzberg. As reports stated on Thursday, the so-called “parklets” – wooden benches and tables put up on the sides of the streets (price tag: €119,000) – will be removed in summer because they were found to be in the way of the bobo district’s beloved annual Jazzfest. A survey found that locals would have preferred less traffic and more green. How about just settling for an extra park.

Amazon attack Amazon’s Mitte offices have been vandalised at early Thursday morning by three unknown persons blocked the entrance on Krausenstraße, so security couldn’t leave the building, then proceeded to throw stones and paint at the facade. Gentrifiers, bad bosses, terrible streaming selection – the reasons for the attack are unknown, but motivations manifold.

Stepping up security at the BVG Berlin’s U-Bahn stations are to receive new electronic locking systems, after two artist collectives – Rocco und seine Brüder and Dies Irae – opened several stations with counterfeit keys as a protest against their closure to the homeless this winter. The collectives hung up plastic bags in the stations, filled with provisions such as sandwiches and high-vis vests, before releasing a video filming their actions and condemning the BVG. The BVG in turn have called the collectives’ actions “narcissistic vanity”, saying they were irresponsible and unsafe. The BVG opened two stations to the homeless in November… we’re guessing two is not enough

Berlin goes to work The Amt für Statistik (“office of Statistics”) announced  Tuesday that the employment mark in Berlin was over two million last year – the first time the two million mark has been cracked, and almost 50,000 up from the year before. Despite this encouraging news, Christian Gaebler of the Senate coalition has expressed concern at “investor fright”, most likely referring to the anti-Google-campus-coup held by left-wing activists in Kreuzberg.

Humboldt Forum to open in November On Tuesday the Stiftung Preußischer Kulturbesitz announced the November opening of The Humboldt Forum in the reconstructed Prussian Palace o. This will be the first usable part of the controversial reconstruction project (it’s replacing the city’s beloved GDR-built Palast der Republik – torn down in 2006), costing an estimated €600 million and showcasing the SPK Foundation’s ethnological and Asian collections.

Berlin remembers (what you said) Höcke This Sunday, Berlin held its annual Holocaust remembrance service by the memorial dedicated to homosexuals persecuted under the Nazis but it was at Friday’s wreath-laying service that members of the far-right AfD were barred from attending. Björn Höcke’s dismissal of Berlin’s Holocaust Memorial as a “monument of shame” still hangs in the air and the party’s refusal to condemn Höcke has made the AfD party non grata. The Central Council of Jews have used the occasion to warn against a growing amnesia of Holocaust atrocities across Germany and Europe.