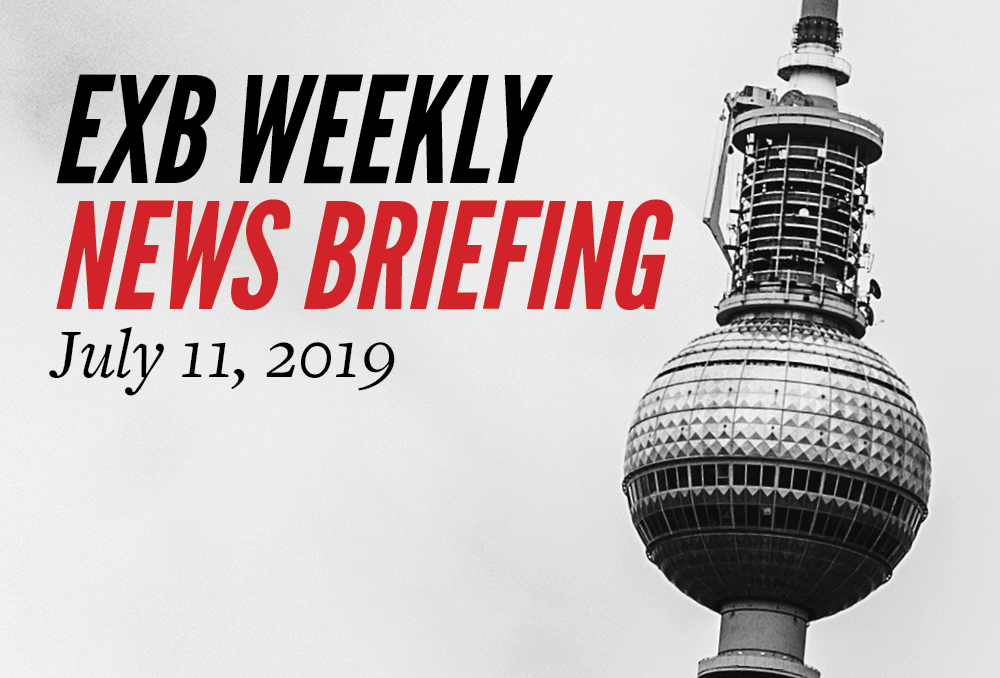 Is Berlin ready for all that jelly(fish)? Because the city’s water is full of the wiggly swimmers. Because of high temperatures this summer, Berlin’s natural freshwater population has exploded, it was announced Wednesday. Especially in lakes like Oberhavel, Unterhavel, Müggelsee and Tegeler See. Warm temperatures create the perfect conditions for the jellyfish population to grow. But even with greater numbers, there is nothing to be afraid of. The species doesn’t grow bigger than the €2 coin and isn’t poisonous.

Frankfurter Allee changes wheels Although it’s not exactly the most overrun street in Berlin, the 3.6km boulevard cutting through Friedrichshain is also set to widened cycling lanes, at the expense of the motorways. According to an announcement from the Friedrichshain-Kreuzberg on Wednesday, the construction will start sometime in autumn. Once done, the wider lanes are expected to reduce any overflow of cyclists in the future.

Telegram to Berlin’s postal services: You suck! We all know delivery services in Berlin are shit. And Berliners are yammering about their undelivered packages: this last year saw 1212 complaint cases filed regarding delivery services in general to the government agency responsible for complaints. Is that a lot for the city? Considering the number of cases filed four years earlier (147), we have a 724 percent increase here.

BVG: A euro a day Mayor Michael Müller said on Monday that he wants to introduce a reduced-price yearly public transport ticket, inspired by the €365 annual ticket model implemented in Vienna since 2012. The biggest naysayers are naturally Berlin’s CDU faction, skeptical of whether its financially viable. Bonn and Reutlingen have already been testing this model in a bid to get more people out of their cars and onto the trains. On the other hand it could push year-ticket sales through the roof, considering that if you only ride six months out of the year, €365 is still the cheaper option.