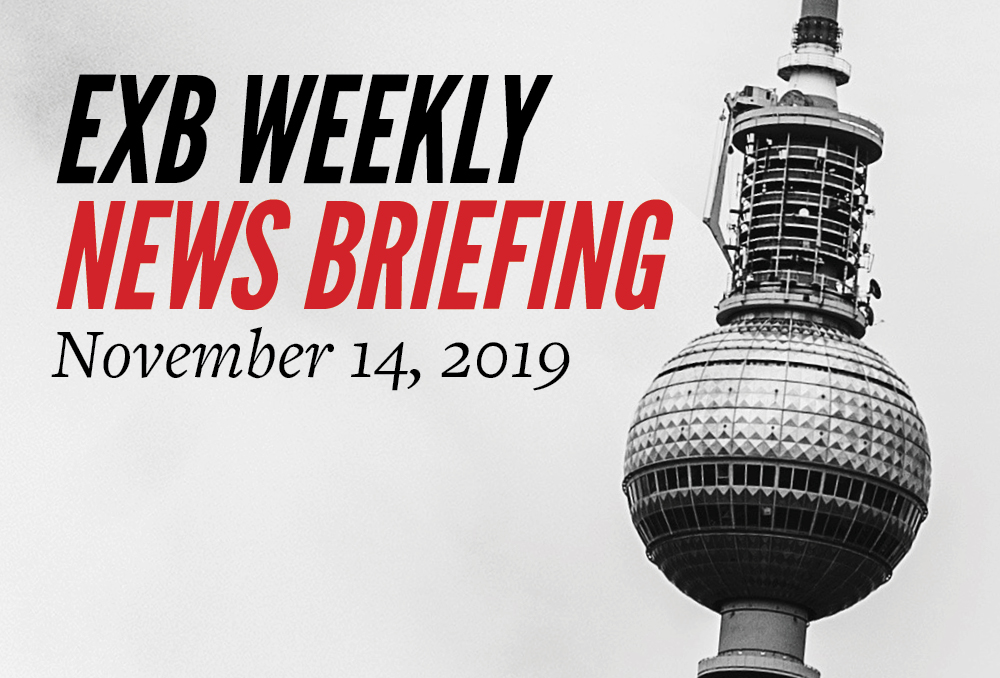 Backlash for hostel renting from North Korea The parents of U.S. student Otto Warmbier, who died after being held hostage in North Korea in 2017, have joined the debate about Berlin’s highly criticised City Hostel, which hosts guests in rooms that belong to the North Korean embassy. They demand the hostel stops paying around €38,000 a month in rent to the North Korean government, claiming that the payments are ignoring UN sanctions and funding the regime’s nuclear programme. The embassy initiated an eviction process in 2018, but has prolonged any further progress by delaying payments of legal fees.

“Berlin rocks” for new Tesla factory Elon Musk announced on Tuesday Tesla’s next factory will open in Berlin/Brandenburg – near the fabled BER airport – by 2021, stating the city “rocks” and citing Germany’s track record in engineering as one of the reasons behind the choice. The plant, which will be Tesla’s fourth ‘Gigafactory’ after Nevada, Buffalo, and Shanghai, will produce batteries, cars and trains, and is projected to create around 7000 jobs.

City Santa shortage Calling all wannabe Santa Clauses, Berlin needs you! Online platform Weihnachtsmann2Go, a service Berliners can call to get a visit from a Santa, Mrs Claus or Christmas angel, has had to admit they can’t find people who want to do the job. In a public plea that made headlines on Tuesday they say they’re unable to meet customer demand. Really Berliners, we are getting picky in our work choices.

Mass evacuation for WWII bomb A 250kg American WWII bomb was discovered in Berlin-Hellersdorf on Thursday. To defuse it, police started an evacuation of the area on Monday morning, affecting roughly 13,000 people, most of whom, unsurprisingly, did not have to asked twice to leave.

Trump rejects Wall gift A piece of the Berlin wall was sent to Washington D.C. as a gift to the United States to remind Trump that “no wall lasts forever”. The secret service rejected the 2.7 tonne concrete slab on Saturday after it had been flown in through private donations organised by organisation Die Offene Gesellschaft. Don’t they know it’s rude to return a present?

Housing or trees for Tempelhofer Feld? It seems Berlin politicians have their eyes firmly fixed on Tempelhofer Feld. The CDU have proposed a plan to use approximately half of the park for forestation and build 6000 new apartments around it. The plan aims at having a new forest of around 110 hectares in about 50-60 years. They’re also proposing a public opinion poll for 2021. The last time they asked, Berliners said no to building on the Feld.