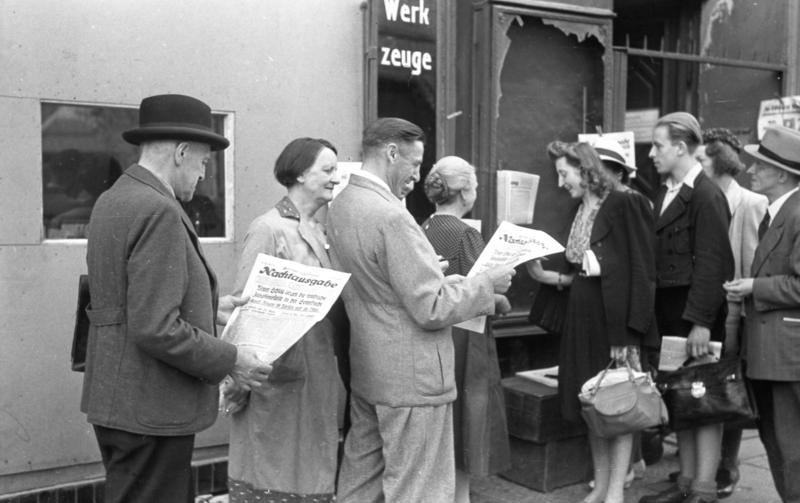 A weekly round-up of news stories that piqued our interest or made us scratch our heads. Making things right Germany’s former head of the Verfassungsschutz (the domestic security office), Hans-Georg Maaßen, was forced to say goodbye to his post on Wednesday, but hello to a higher post as Staatssekratär under Interior Minister Horst Seehofer where he’ll be responsible for – of all things – domestic security! The SPD faction of the Grand Coalition pushed Maaßen out of office because of his statements questioning the authenticity of videos of right-wing hooliganism in Chemnitz. His de-facto promotion is clearly not what the SPD had in mind when they wanted Maaßen out. Biking bad Watch out when biking today. And maybe put away your headphones. Today more than 11,000 police officers were deployed for a nationwide traffic Aktionstag, organised by the Home Office. Cyclist and pedestrians with mobiles and headphones will be under particular scrutiny – and although it’s technically not illegal to wear headphones, it does carry a €10 fine if you don’t respond after being addressed by the police. Pussy poisoning Part of the Russian activist group is back in the Hauptstadt, but not for a show or Art Week Berlin. Last Saturday, Pussy Riot member and ex-husband of Nadya Tolokonnikova, Pjotr Wersilow, was flown from Moscow to the Berlin Charité with symptoms of poisoning. The hospital confirmed on Tuesday that it’s very likely to be a case of intentional poisoning. Alarm bells rung when Werslow could barely speak, see or move anymore after eating a meal in Moscow. His condition is now stable, but friends and family believe the ‘incident’ was an attempt on the Pussy’s life. Fastest city in the world On Sunday, Kenyan Eliud Kipchoge smashed the marathon world record in Berlin, clocking in at two hours one minute and 39 seconds, beating the record of his fellow Kenyan Dennis Kimetto by 78 seconds. Thanks to the city’s relatively flat surface, Berlin has long been host to marathon records, holding all of the best times in the men’s race of the last 15 years. BVGo away? Since 2003, Berlin’s public transport company has kept two-to-three stations open overnight as emergency shelters for the homeless during harsh winter months (last winter it was Südstern and Lichtenberg) – on Monday they announced they want to stop. Are they being cold? Head of the BVG Sigrid Nikutta herself has said that this is more a question of sanitation and BVG-staff ill-trained to deal with homeless people than simply turning them away.