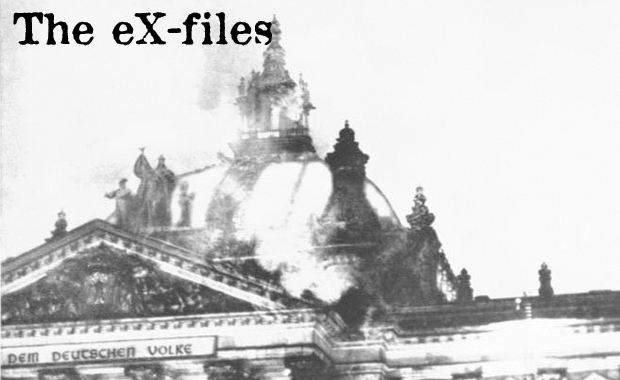 THE FACTS: On February 27, 1933, shortly after 9pm, the Reichstag (the seat of the Weimar Republic’s parliament) caught fire. Despite firefighters’ best efforts, by the time the blaze was extinguished, the building was gutted. On the crime scene, the police discovered Marinus van der Lubbe, a 24-year-old Dutch communist. He admitted to setting the building on fire.

Despite the fact that van der Lubbe claimed to have acted alone, thousands of Communists were imprisoned and Ernst Torgler, the Communist Party (KPD) leader, as well as three Comintern executives – Bulgarians Georgi Dimitrov, Vassil Tanev and Blagoi Popov – were arrested and tried in court at the Leipzig Trial. But, to Hitler’s furor, only van der Lubbe was found guilty and sentenced to death. The rest were acquitted and expelled to the Soviet Union.

The Nazi theory: The Nazi propoganda machine immediately painted the incident as part of a Communist putsch to take over Germany, with the Preussischer Pressedienst (Prussian Press Service) asserting on the very day of the fire that, “this act of incendiarism is the most monstrous act of terrorism carried out by Bolshevism in Germany.”

The Communist theory: The first to challenge the official version and build a counter conspiracy theory were the Communists themselves, who pointed to an ‘inside job’. A counter-trial showcase organized by KPD’s exiled propaganda chief Willi Münzenberg opened September 21, 1933 in London. It concluded that the defendants were innocent and that the fire’s true plotters were to be found amid the Nazi Party elite. Göring was found guilty in absentia. Münzenberg subsequently published the best-selling The Brown Book of the Reichstag Fire and Hitler Terror, an exposé of the alleged Nazi conspiracy to burn down the Reichstag and blame the act on the Communists.

American journalist William L. Shirer’s authoritative history of Nazi Germany The Rise and Fall of the Third Reich mentions how at Nuremberg, General Franz Halder stated that he heard Hermann Göring joke at a lunch on the Führer’s birthday in 1943: “The only one who really knows about the Reichstag building is I, for I set fire to it.” Under cross-examination Göring denied he had any involvement, calling Halder’s statement “utter nonsense”.

ANALYSIS: While everyone agrees that van der Lubbe did set the Reichstag fire, there has been considerable debate over whether he acted alone or on someone’s orders – the communists or the Nazis. Van der Lubbe was considered ‘insane’ by all parties, which sparked further debate on how he could have singlehandedly been so successful – especially since a previous accident had left him 75 percent blind. Fire experts dispute that one person could have burned down the huge building in a few hours. The cui bono principle points towards the Nazis who were clearly the ones to profit from the crime.

Capitalising on the emotional shock of the event and supported by the Nazi propaganda machine and the press, Germany’s four-week-old chancellor Adolf Hitler found the perfect opportunity to ask and receive from ailing President Hindenburg the Reichstag Fire Decree, which granted him emergency powers. With most civil liberties suspended and Communist participation suppressed (the KPD had previously won 17 percent of the vote), the Nazis could win the March 5, 1933 elections (44 percent of the vote) and with their allies get a majority in the Reichstag. On March 23, the Enabling Act granted Hitler the right to rule by decree. Whether planned or just an amazing stroke of luck for the Nazis, the Reichstag fire sounded the death knell of the Weimar Republic and accelerated Hitler’s rise to absolute power.