Did you think E-scooters would be a passing fad? Given their low profit margins, an over-saturated market and a scooter’s short lifespan (on average just a few months), there was plenty of evidence for a doomed future. There were also the many obstacles put in place by local authorities – several cities banned E-scooters after a number of traffic accidents (there were 354 accidents in Berlin alone between June 2019 and March 2020). Then came Corona, and most companies had to drastically cut their workforces. Bird, for instance, cut theirs by as much as 40 percent.

But against the odds, E-scooters are back in Berlin for a second summer. The game has slightly changed this time around. Last year, it seemed that the only thing limiting the number of E-mobility companies was the amount of colours in the colour spectrum, but this year there are a few less players.

To have you scooting to your next dinner date smoothly, we’ve rounded up the E-scooters Berlin currently has to offer. 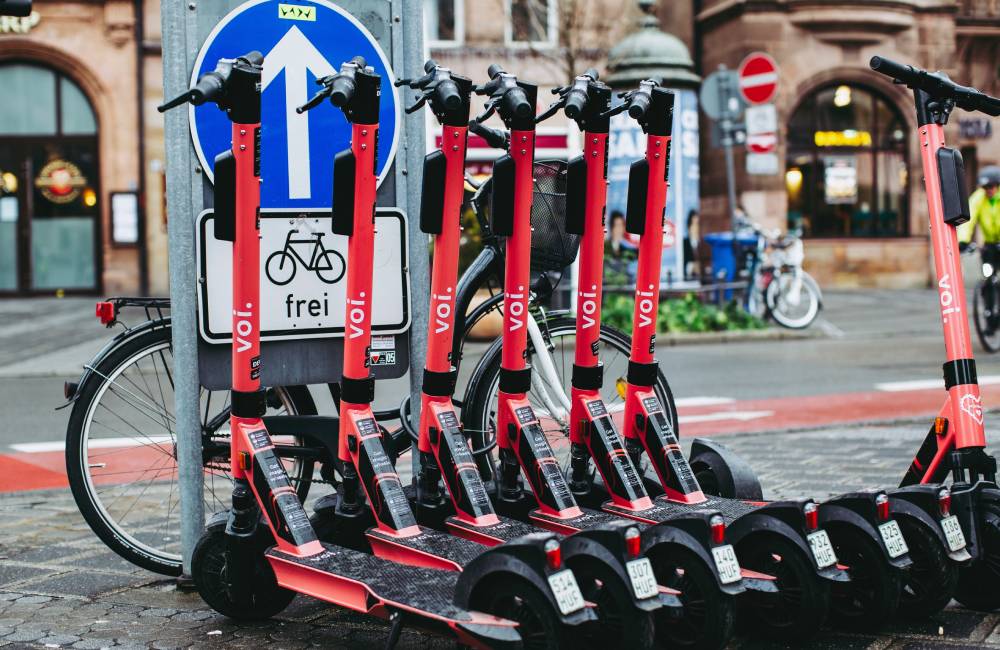 Voi: The cheapest on the market

Voi is the cheapest of the lot, charging only 15 cents/min after unlocking, which is a standard €1 across all companies. You can find Voi scooters all over the city, although they’re spread a little thinner than their competitors.

If you study at Freie Universität, this is the scooter for you – it’s the only company that allows parking in that area. They also have E-bikes that can be rented through the app. (FreeNow Taxis have also recently integrated Voi into their app.) In 2018, their scooters were found to only last a few months (and it is unclear if they have improved upon this or not). They say they are sustainable but the company doesn’t mention climate neutrality, so they may not be the greenest option. They disinfect their scooters during maintenance and battery changes to help fight the spread of Covid-19. 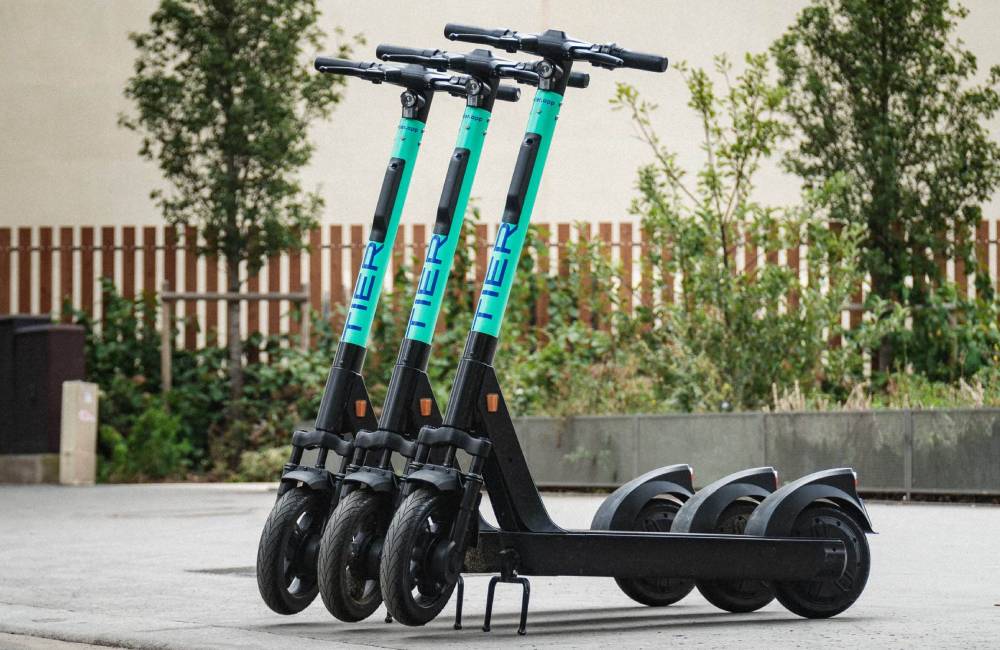 TIER: The scooter for the safety conscious

The TIER boundary stretches a tiny bit outside the Ring in all directions. They are also rather ubiquitous, although you still might have to walk a little further to find one than you would a Lime or a Bird. They recently bought out Coup, so downloading TIER’s app allows you to rent electric mopeds as well – though you will need a driving licence for this, of course. Their prices generally are mid-range at 19 cents/min, and they allow you to pay with credit card or PayPal.

They also claim to be climate neutral, and seem to have a pretty comprehensive measurement system to measure their emissions at all stages. However, their scooters still only last up to a year. They are also safety conscious – since May this year they offer a helmet-box connected to their vehicles with foldable helmets. Their handlebars are also now covered in anti-bacterial copper tape. They also have a number of other corona-safety measures listed on their website. 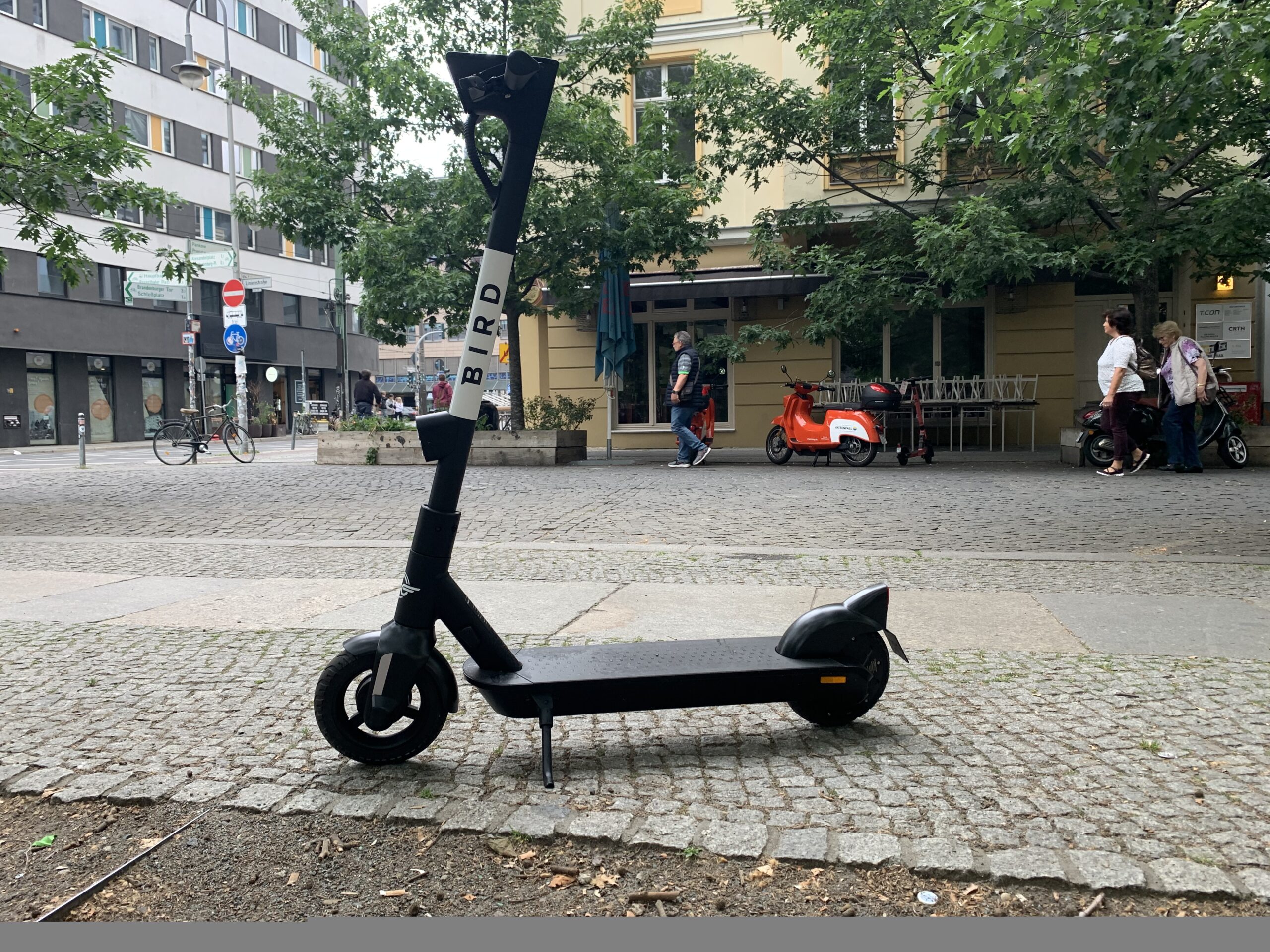 Bird: The newest on the Berlin scene

Bird was the world’s first E-scooter company, but they’re the newest on the Berlin scene. The San Francisco-based firm recently acquired Circ, another E-scooter company based in Berlin. As a result, Bird scooters have suddenly become easy to spot within the Ring, and their zone spreads pretty far west out to Theodor-Heuss-Platz. But, as ever, poor old Wedding is left neglected.

At 20 cents/min, it’s middle-of-the-range in terms of price. They advertise themselves as the greenest company, but they achieve this through carbon offsets, which many greenies know can be problematic. Bird also claim their new scooters have significantly longer service life than other companies at around 1.5 years, although this still needs to be proven. They have upped their hygiene protocols during Corona, like other companies. You can only pay with credit card.

Lime: The easiest find, but the toughest on your wallet

Arriving with E-bikes followed by a massive E-scooter roll-out, Lime was the first company to make its mark on Berlin. It’s also the most widespread. You can make an adventurous scoot to the Stasi Museum in the dark depths of Rummelsburg and even park your Lime in Wedding, areas other companies neglect. But that freedom comes with the price – Lime is the most expensive company at 25 cents/min. They recently introduced the LimePass, which gives you cheaper rides and free unlocks for seven days. If you don’t have your credit card on you, you can pay with PayPal. They disinfect their bikes during maintenance and battery changing operations.

Circ: On the way out

Circ has been recently bought out by Bird. You may still some of the Circ-branded scooters in places, although not for much longer. Founded by Lukasz Gadowski of Delivery Hero, the company was in trouble even before Corona, firing around 50 employees in November 2019. It appears to be no longer accepting new customers.