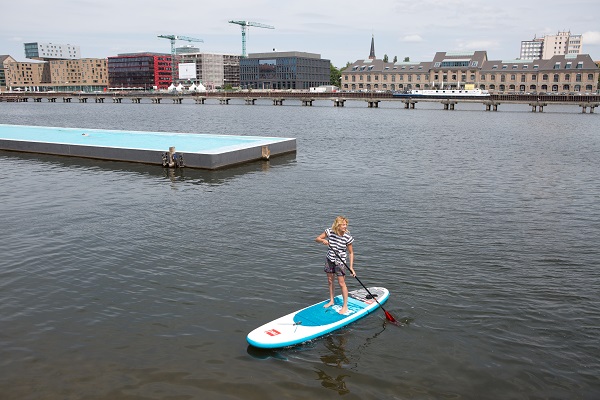 Get up, stand up: Want to indulge your inner adventurer and discover Berlin from a different perspective? Steer your way through historical landmarks, modern architecture and the city’s club scene on top of a stand-up paddle boat. Don’t worry; it’s easier to balance than it sounds. STAND UP CLUB BERLIN, opened earlier this year, is accessible through Badeschiff and offers various German, English, French, Spanish and Italian-language tours around Berlin’s waterways to paddlers age 18-plus. The Osthafen tour (€28) takes you around the old structural ruins of the Berlin Wall near Ostbahnhof, under the massive new Mediaspree buildings, past the now-covered Blu murals by Oberbaumbrücke and through a leg of the giant Molecule Man sculpture before looping back around. Are you feeling limber? The club also offers Stand Up yoga classes (€25) for 90 minutes of toning, balancing and relaxation on the water. If all you really want to do is hang out with like-minded paddlers, head down the Landwehrkanal on Fridays at 7pm for the club’s sunset meet-up group (€12 to rent a board). All paddle tours and classes will teach you techniques on the board, but will mostly encourage you to chill on the water and enjoy the beauty surrounding you.   Stand Up Club Berlin |​ Eichenstr. 4, Treptow, S-Bhf Treptower Park Originally published in issue #140, July/August 2015.