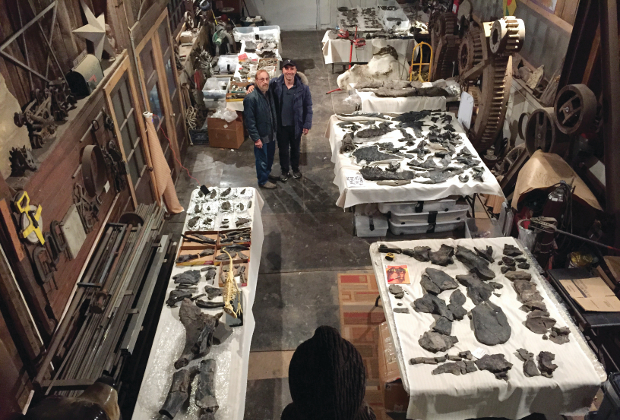 Berlin’s Museum of Natural History has landed quite the coup with the acquisition of Tristan; for sheer drawing power, there’s not much that can compete with a 12m Tyrannosaurus rex skeleton.

Discovered in Montana in 2012 and loaned to Berlin for three years, Tristan is remarkably well-preserved, with a 98-percent-complete skull boasting a full (and impressive) set of teeth – the best T. rex skull ever found.

He won’t be appearing alongside the museum’s other dinosaurs in the glass-domed Sauriersaal, though; since those reptiles are from the Jurassic period, roughly 150 million years ago, the 66-million-year-old Tristan would fit neither physically nor paleontologically (that’s right, the movie should probably have been called Cretaceous Park).

Instead, he’s the centrepiece of a new special exhibit opening December 17, topped by a 3D-printed replica skull – weighing in at 300kg, the real one’s too heavy for the rest of the skeleton to support, and is displayed in a separate case.

But he’s not just there to be gawked at. During Tristan’s Berlin stay, the museum’s team will be busy investigating his diseases and injuries (early evidence indicates he was far from healthy) to find out more about life in the Cretaceous.