After World War I, the anti-war movement in Germany was at its strongest. We spoke to a chairman from the country’s oldest pacifist organization about standing up for peace then and now.

Despite conflicting ideologists battling it out on the streets, the Weimar Republic saw the pacifist movement at its zenith. The 1892-founded Deutsche Friedensgesellschaft (German Peace Society, or DFG) increased to around 30,000 members, the highest it had ever been – or would ever be. Today the organisation still exists, as the DFG-VK. Hessen regional chairman Gernot Lennert, an expert on the DFG’s Weimar past, explained the peace movement in the Roaring Twenties versus today.

Was 1927 the high point of the DFG’s membership?

Yes, although the figure of 30,000 isn’t necessarily the best representation. Many people were only briefly members – at the time the membership fee was 30 Pfennig, and in a time of extremely high unemployment this was more than a lot of people could afford. It’s important to remember that in the Weimar Republic, pacifists were a minority. Society back then was ultra-nationalistic, militaristic and for the most part monarchist, and you would have stood out enough as a democrat. For many, to be a pacifist meant treason. The time after World War I was also not like that after WWII, when there was a general mood of “never again”. The mood in the Weimar Republic was one of revenge. But interestingly, those who did join the DFG came from all sections of society, from professors to manual labourers, which was one of the reasons why there were so many internal conflicts.

What kinds of conflicts?

Essentially, the main conflicts boiled down to people’s basic attitudes about pacifism. It’s not as though it’s just about whether you’re for peace or not. It’s much more complicated. People can have a negative or a positive concept of peace. Negative peace is no bad thing – it just means the absence of war. Whereas campaigning for positive peace tries to solve all the causes of war, like poverty and hunger, and achieve a fair, democratic society with free speech. The question of capitalism was also one of the biggest issues of the time. There were those who said that capitalism was the main cause of war, due to the arms trade and inherent poverty and inequality, and that when there was no more capitalism there would be no more war, but the DFG had no links to the Communist Party, who were clearly advocating a violent revolution. Many of our members during the Weimar Republic were also in the Free Democratic Party and the German Democratic Party, and vice versa.

Do these divisions still exist within the movement today?

I’d say that the vast majority of activists today aren’t aware of these conflicts. They take place almost subconsciously, only flaring up when certain issues arise which haven’t been discussed in years. For a long time the Cold War took up everyone’s attention. And now, with Ukraine, we’re seeing a resurgence of the old East-West conflict.

Are pacifists back to the old Cold War dilemna?

The issue has become how you position yourself to Russia. There’s that strange movement that popped out of nowhere in 2014 – of people who believe that the main danger of war comes from the US, and therefore we should support those who opposes the US, like Russia and China. It’s clear that Russia is following an extremely militaristic foreign policy, if not a dictatorship, yet people – often those who grew up in the old Eastern Bloc – will say “Russia is treated so unfairly in the media, let’s not add to it.” And Russia is treated unfairly in our media: I’ve seen reporters on ZDF call Obama “president” and Putin something like Russia’s “autocratic ruler”. And the same people who are referred to as “terrorist Islamists” when bombed and killed by the US are “rebels or freedom fighters” when killed by Russia. But that doesn’t mean we shouldn’t criticise them.

How does this translate when you need to demonstrate…?

On the extreme end of the spectrum are those who openly support Russia, who march carrying Russian flags or the flag of the People’s Republic of Donetsk at peace demonstrations. The DFG-VK didn’t join or support the protest on October 8 in Berlin because it was so flatly anti-Western. We did, however, organise our own protest on the same day and unfortunately we were walking a similar route, starting on Alexanderplatz and finishing outside the American Embassy – though we weren’t waving Russian flags. But then, we’re not supporting demonstrations in which protesters carry the flags of the Syrian rebels, like in December in front of the Russian embassy. It was clearly in support of one party in a war.

What about the radical right-wing brand of pacifism?

Many of the vigils that sprung up all over the country after the annexation of Crimea bypassed the DFG-VK and other pacifist organisations. We’ve been used to the movement being dominated by liberals and left-wing voters, whereas in these vigils there were reports of members of right-wing organisations and the NPD and AfD taking part, seemingly mobilised from the depths of the internet. These people might consider themselves part of the peace movement, but I wouldn’t. The policies that they support and advocate are not constructive to peace.

What’s the position of the DFG-VK to the war in Syria?

Basically we are against all wars, and this is a war with many levels. There’s the civil war between Assad and the rebels, then there’s the proxy war between Western powers and Russia; it’s also a battleground between regional powers such as Iraq and Saudi Arabia, as well as the fight between Turkey and Kurdish rebels. It’s a very difficult situation for which no one, including us, has found a solution. We’re still hoping for a resolution by peaceful means. What the situation absolutely needs is humanitarian help for refugees and all of those who are opposing the war.

Many human rights activists seem to be calling for Western intervention – in Aleppo, for example.

Generally, Western intervention has been badly planned and made the situation worse. The US was feeding the fire by supplying weapons to the rebels and making promises that it could not keep, such as promising military intervention if chemical weapons were used by Assad’s forces. In the end, chemical weapons were used but it’s unclear by whom. Western powers should have put themselves forward as neutral negotiators and demanded a ceasefire. Though, in the case of the US, they are involved in so many wars and have so many conflicts of interest in the area, it’s impossible for them to present themselves as such.

How much should we be prepared to accept in the name of peace?

It’s not about acceptance; it’s about dealing with realities. For many years there was an idea that some people, some parties, could not be spoken to. Israel, for example, threw people in prison for decades for just talking with the PLO, under the rationale that these people were terrorists and you just didn’t talk to them. It was the same with the IRA. Today, some kind of cooperation has been achieved with both of these organisations. Just because a movement or political organisation is using terrorism does not mean we should not be looking for a peaceful resolution.

Do you believe that there are any circumstances under which humanitarian intervention is justified?

There are always those one or two military campaigns that can be judged as less bad than the others. However, the vast majority of wars could have been prevented or at least made less terrible by better diplomacy. War can never be humanitarian; war itself will always mean mass murder – that war can ever be called “humanitarian” is an idea we totally reject. Whether military intervention is necessary in extreme cases such as genocide is a debate within the peace society. Some believe we should have a form of world police who can step in to help the victims in these situations. On the other hand, NATO’s actions in Rwanda are often used as a clear example against any intervention, as the French forces sent in to help the Tutsi people actually enabled the genocide.

Back to Weimar: Pacifism in Germany lost face after appeasement failed in Europe in the 1920s and 30s…

This is another example of when a pacifying foreign policy ought to have been used earlier. By the time of the Munich agreement in 1938, we were in a situation with no way out: either plunge Europe into an immediate war or give into demands that went against international law. Obviously Chamberlain was right to avoid war then, but the work needed to be put in as soon as WWI was over. Germany, which at the time was a very weak democratic power, was treated like an enemy well before the Nazis. Had Britain and France had a policy of appeasement in the early 1920s, had they not treated Germany like an enemy or saddled it with a symbolic debt, the situation would have ended differently. 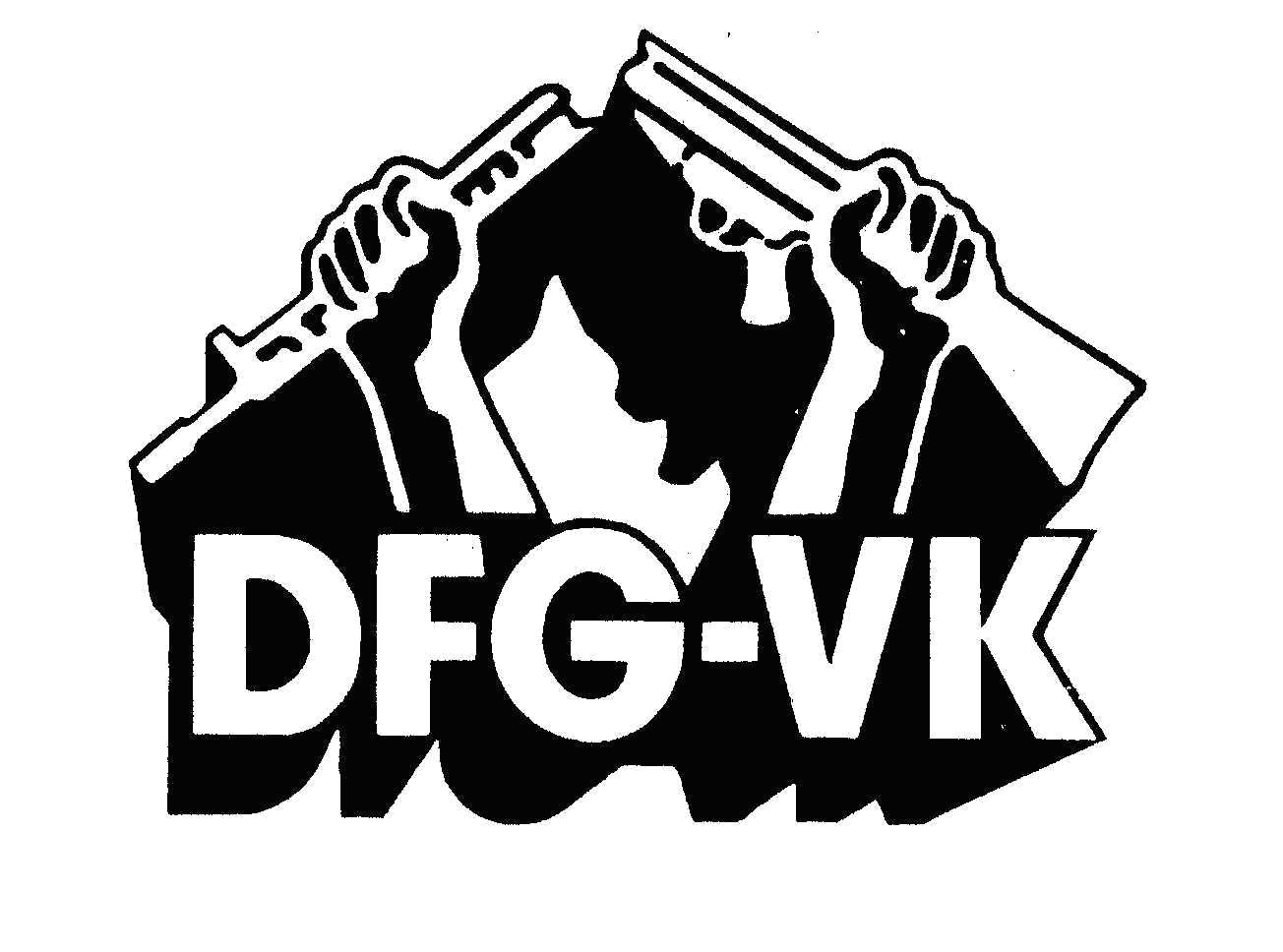 The Deutsche Friedensgesellschaft was founded in 1892 in opposition to the Kaiserreich’s expanding colonialism and arms race against Britain and France. Founders Bertha von Suttner and Alfred Hermann Fried were both later awarded the Nobel Peace Prize. After reaching a peak 30,000 members in the Weimar years, the organisation was shut down by the Nazis in 1933, with the most prominent members either fleeing or enduring persecution and murder under the regime. It reformed in 1946, and in 1974 merged with fellow peace movement Vereinigte KriegsdienstgegnerInnen (United War Resistors). Today, they campaign against warmongering and military intervention, as well as demanding an end to arms trading and rearmament. Visit their German-only website (www.dfg-vk.de) to find out how to become a member for as little as €2 per month.