As a card-carrying PJ Harvey fan, this one hurts. The prospect of seeing A Dog Called Money, a documentary about the British artist and the creative process behind her 2016 album, The Hope Six Demolition Project, was a source of sheer giddiness for me… What transpired was a bewildering film which addresses the topics of inspiration and creative drive, but one which leaves a very unpleasant aftertaste. It sees Harvey collaborate once more with award-winning photojournalist and filmmaker Seamus Murphy as they travel to Kosovo, Afghanistan and Washington DC. There, “Murphy collected images and Harvey collected words,” resulting in her ninth studio album, a journalism-rock hybrid in which she cast herself as an observer of the world, as well as this Panorama-premiering doc.

There are so many false notes here – including the deeply distressing ones produced at one point by Harvey playing a wind-up musical instrument that sounds like the agonal gasps of a distressed wasp trapped inside a polystyrene cup – it’s hard to know where to start. The documentary traces the sources of The Hope Six Demolition Project’s songs and repeatedly flip-flops between seeing the singer-songwriter on her worldly travels and in the recording studio. The literal nature of the lyrics works when listening to the album itself; however, when the lyrics are matched via voiceover with the footage that inspired them, the songs violently swerve into overly ripe, diary-to-music-sheet territory that does the album and the artist’s noble designs absolutely no favours. The well-shot images only serve to betray the crippling prosaicness of it all, revealing a compassionate but frustratingly superficial chronicle of poverty, a rock reportage that is at odds with itself. The overall tone of the piece goes from gap-year student travelogue to deeply-earnest box-ticking exercise. And while the good intentions are never in question, it’s hard not to dwell on the film’s deeply problematic aspects, chiefly the lack of self-awareness, the white middle-class guilt that perspires from surface-level observations, as well as the niggling question of where inspiration ends and cultural appropriation begins. They say don’t meet your heroes; in some cases, it’s also probably best to avoid watching documentaries about their would-be journalistic jaunts.

If you’re looking for films which deal with the topic of musical creativity in a far less clumsy and more inspirational way, your best port of call is Renaud Barret’s documentary Système K, also in Panorama, as well as the Generations section’s opening film, We Are Little Zombies. 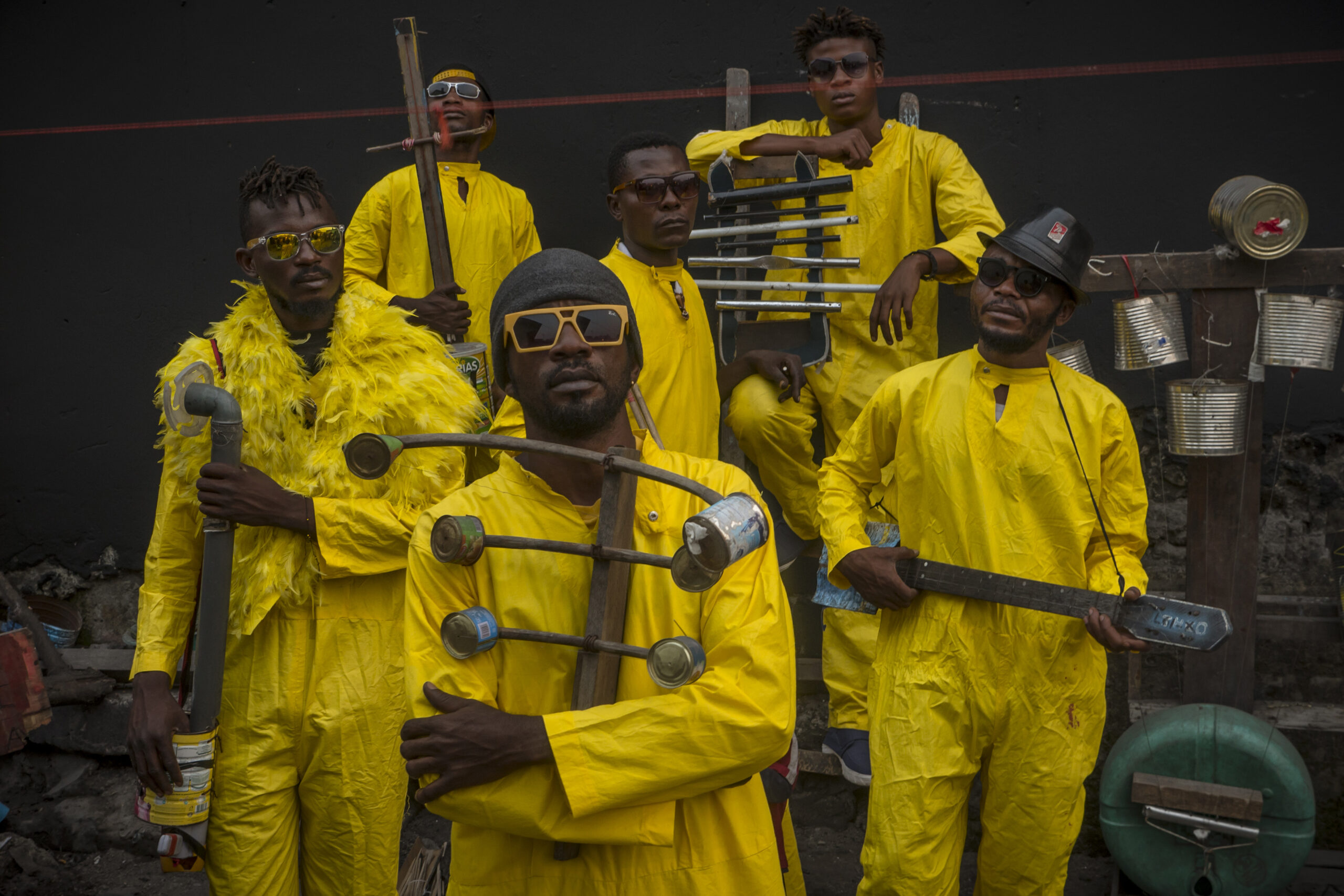 Système K is a transportive ode to ingenuity and creation, an exploration of Kinshasa’s artists who create politically engaged art inspired and judged by the street. We meet Freddy, Astronaute, Geraldine and the band Kokoko!, among others, who bring their sculptures, paintings and performances into the public sphere as an act of resistance. Barret exposes how chaos and suffering is not only mirrored in art but considered by many as a necessity in order to spark urgency and express hope. His striking images present Kinshasa as a vibrant metropole with a fascinating dichotomy at its core, as it is both a source of inspiration and a Sisyphean spiral that traps its creative community. It’s a thought-provoking piece and even if the approach is at times frustratingly scattershot, the film fully succeeds in making you want to delve deeper into the lives and art of the many artists we’re introduced to. 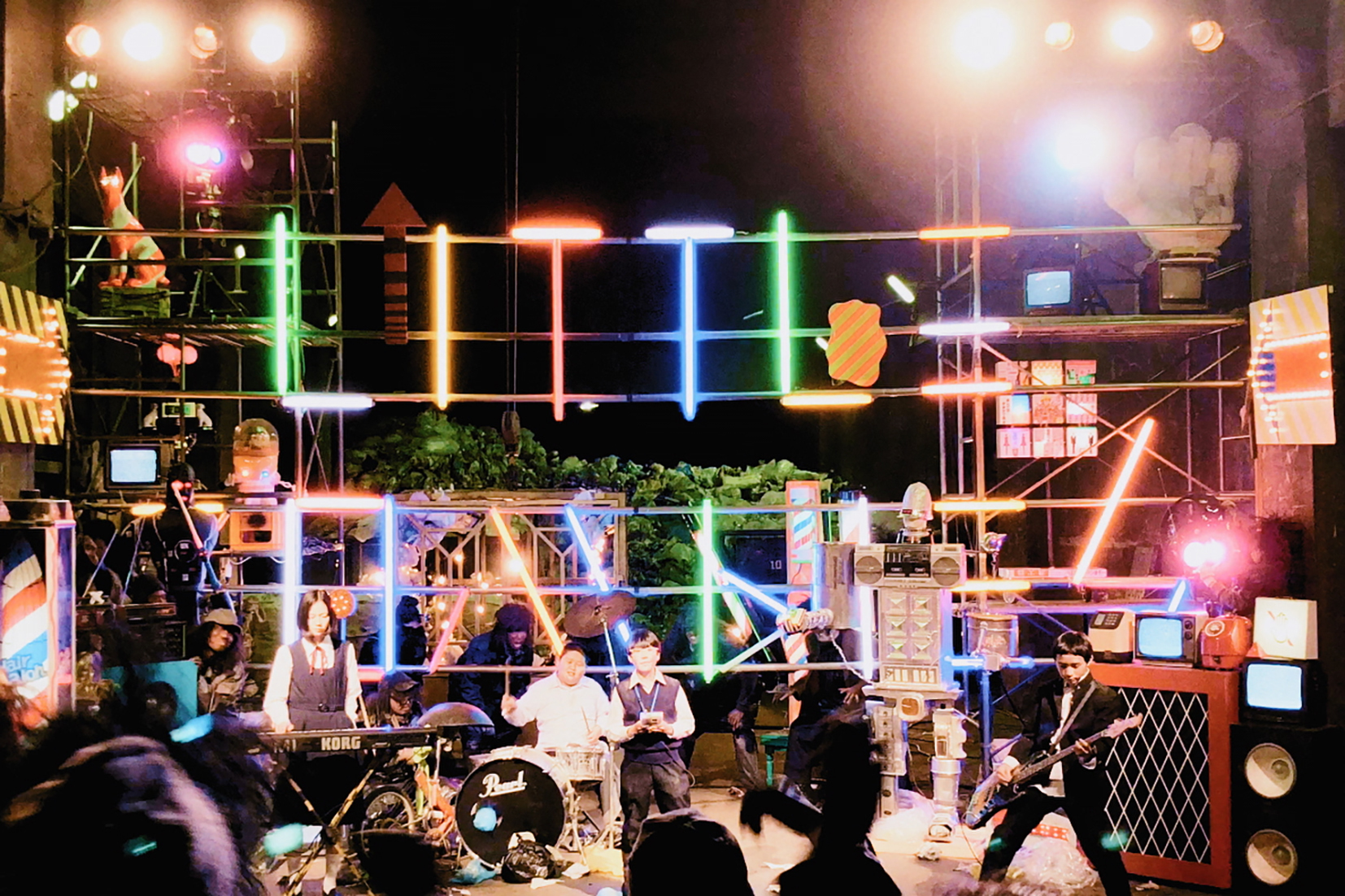 If Système K shows art as a space where freedom and speech can be reclaimed, the orphans of We Are Little Zombies use creativity to reclaim something different: their forgotten feelings. Considering the film is in part inspired by the mass suicide of Japanese teenagers, which lead filmmaker Makato Nagahisa to ponder the isolated younger generation “who live without hope”, you’d be forgiven for thinking that you need to pop antidepressants like they’re M&Ms in order to get through this. Think again: the playfully eccentric feature debut from the Japanese filmmaker sees four young scamps decide to form a rock band when faced with their inability to emote in the wake of their parents’ deaths. It’s a fast-paced comedy that fuses adolescent angst with retro games, and is inventively structured like an 8-bit video game, replete with Zelda-reminiscent missions and a Gameboy soundtrack. The film’s hyperactive visuals can border on overkill at times, and the narrative never quite matches the eye-popping aesthetic. Still, it’s hard not to cherish its go-for-broke energy, as well as its credentials as a canny piece of criticism on media frenzy. Indeed, the fun ride masks a sly commentary on how the rapid digestion of latest fads undermines pure creative intentions, leading modern audiences to worship one minute and zealously work up a backlash the next. Not bad for the undead.