We’re only a few days into the festival, so I haven’t given up hope just yet, but this year’s Competition is off to a decidedly shaky start. Lone Scherfig’s opening night offering The Kindness of Strangers set an almost comically low bar. A sprawling ensemble drama unfolding over the course of what feels like an endless New York winter, it centres around young mother Clara (Zoe Kazan), who hastily flees her abusive husband with her two cherubic young sons in tow, and winds up living an extremely precarious existence on the streets of Manhattan. As she plummets towards rock bottom, she repeatedly crosses paths with a saintly nurse (Andrea Riseborough), a hunky ex-con  (Tahar Rahim), a bumbling drifter (Caleb Landry Jones) and a theatrical restaurateur with a dubious Russian accent (Bill Nighy). Scherfig clearly conceived the film as a heartwarming modern fairy tale, but delivers an incoherent mishmash of overripe melodrama and knockabout comedy, and handles the frequent tonal shifts clumsily. 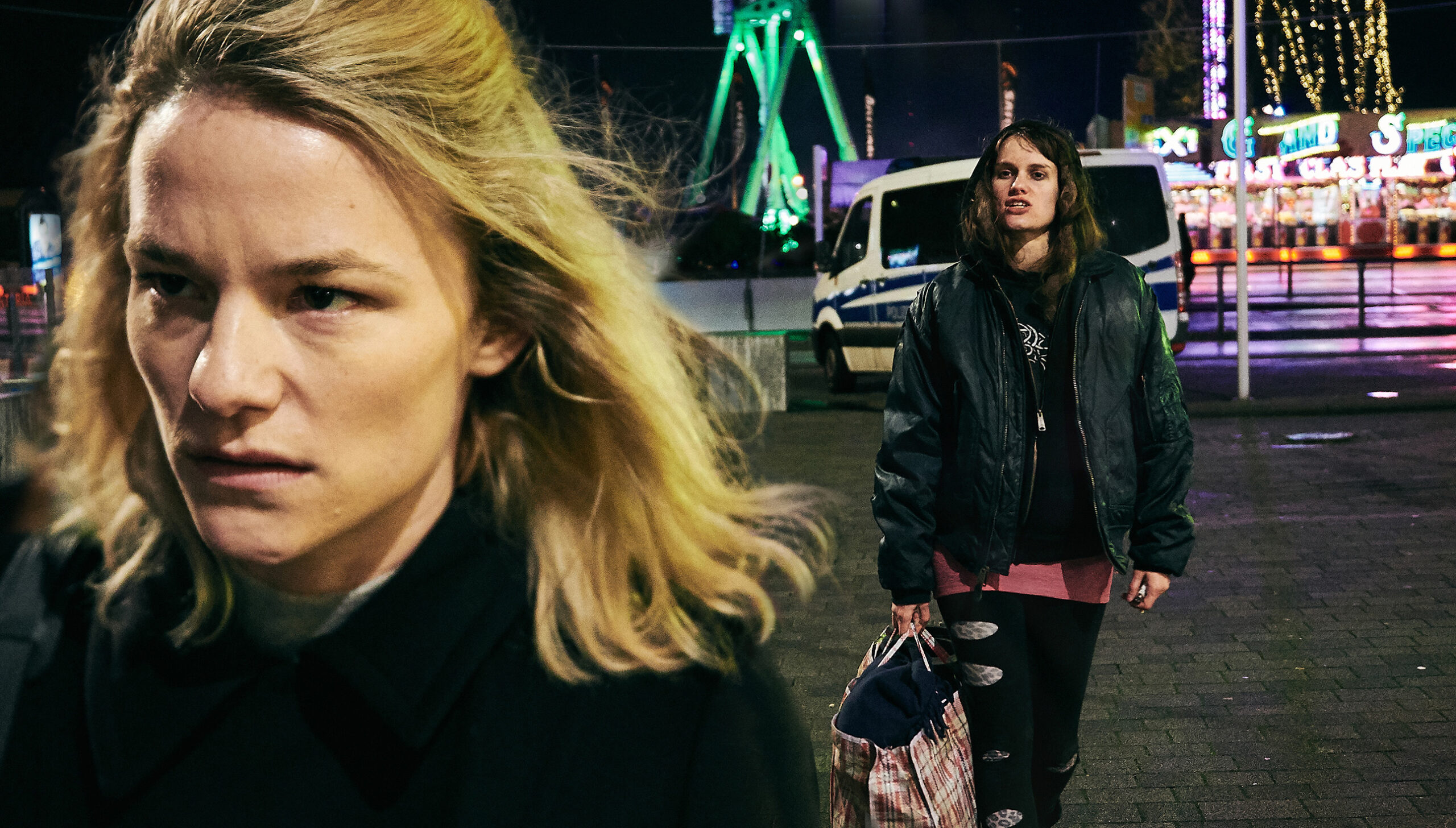 Marie Kreuzer’s The Ground Beneath My Feet has been more enthusiastically received by early critics, but I was bored rigid by this well-intentioned, relentlessly level-headed study of mental illness and corporate culture. Valerie Pachner turns in an undeniably solid performance as Lola, a well-groomed, no-nonsense business consultant whose life is compartmentalised to an unhealthy degree. She appears to be keeping her relationship with her boss Elise (Mavie Hörbiger), and indeed her sexuality, a secret from the rest of her colleagues. She’s similarly tight-lipped on the subject of her sister Conny (Pia Hierzegger), who has paranoid schizophrenia and is confined to a psychiatric ward for much of the running time. After a muted opening act, the film makes an abrupt swerve into psychodrama territory, as it transpires that Lola’s fraught interactions with Conny may in fact be vivid hallucinations. But just as it begins to seem we may in fact be watching a hokey thriller in the vein of Steven Soderbergh’s Unsane (an out-of-Competition highlight of last year’s Berlinale), Kreuzer instead brings us back to reality to superficially explore a host of worthy issues; the ruthlessness of the business world, misogyny in the workplace, and the fine line between rampant ambition and madness. The result is something akin to an earnest, utterly humourless riff on Toni Erdmann.

Another German film has emerged as this weekend’s biggest talking point, though it can really only be chalked up as a success for the festival if you buy into the questionable notion that all PR is good PR. Riding high on the international recognition of 2017’s Golden Globe-winning neo-Nazi thriller In the Fade, sporadically successful auteur Fatih Akin returns with The Golden Glove, a lurid portrait of serial killer Fritz Honka, who murdered at least four prostitutes in Hamburg’s red light district in the 1970s, keeping their mutilated appendages in his flat. Handsome young actor Jonas Dassler undergoes a radical physical transformation and gives his all as Honka, but his grotesque prosthetics and wildly over-the-top performance set a cartoonish tone that seriously undermines the film’s ability to repulse and provoke – think cult British comedy series The League of Gentlemen rather than Henry: Portrait of a Serial Killer. While the film occasionally threatens to turn into a scathing commentary on German post-war society, Akin seems more inclined to wallow in the filth of Honka’s surroundings, and to gross out the viewer with a series of increasingly self-indulgent horror set pieces.

So that we don’t end on a completely despairing note, I was largely on board with By the Grace of God, François Ozon’s measured condemnation of sexual abuse in the French Catholic church. It’s a sincere, handsomely mounted affair, although I can’t help but think that Robin Campillo (120 BPM) would have crafted something more urgent and inspiring from the same material. And I’ve heard great things about God Exists, Her Name is Petrunya, Teona Strugar Mitevska’s satirical takedown of the Macedonian church and media. But my Competition experience thus far highlights the sad fact that attending the Berlinale can often be something of a crapshoot. As such, you should stick right here and let us continue to steer you away from the trash.