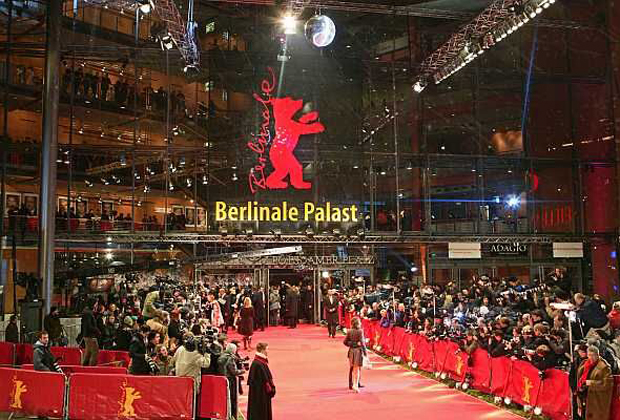 My Berlinale has been considerably improved by two important cuts, in keeping with this era of austerity and want. I thus imposed a 20-minute reduction in my bollocks-tolerance threshold plus a 50-percent cut in acceptable risks with unknown films.

I realize that these budgetary pressures more or less contravene the spirit of the festival, but these are difficult times, and they mean I have spent less time sitting in the dark, exasperated by some implausible character contrivance and wishing I could be at home watching Heat on DVD.

Here are my new, improved high and lowlights for this Berlinale:

1)    HIGHLIGHT – Iron Sky: The hype has long filtered through to the Berlinale audience – this is the one ticket which soon became almost impossible to get. Obviously the film itself struggled to live up to its irresistible premise (Moon-Nazis, need we say more?) and the balance between hilarious-bad-acting and maybe-getting-actors-who-had-a-vague-sense-of-comic-timing could have been struck better, but for sheer unadulterated shamelessly anti-American fun, this was a moral winner.

2)    HIGHLIGHT – Oma and Bella: Seeing as this was such an affecting documentary set in the festival’s home city, it’s a real shame it didn’t get more screenings, particularly as it even got the Springer Verlag to run a Berlinale story that wasn’t about Angelina Jolie going shopping.

3)    LOWLIGHT – The Flowers of War: Though the Chinese war epic about the Nanjing massacre was undoubtedly one of the more spectacular movies this year, and the story of a group of convent girls and prostitutes trapped in a city being mercilessly ransacked was certainly compelling, somehow the experience of watching this was like slowly having my brain scooped out with an ice-cream scooper.

4)    LOWLIGHT – The Iron Lady: Clearly the only reason this film was shown at all was to have an occasion for giving Meryl Streep her much-deserved lifetime achievement Bear. But given that it’s been out for ages in Britain and the United States, they might as well have included it in the Streep “Hommage”, which ran alongside the festival. (Which, by the way, was fantastic.) Also, the fact that the film is a desultory, skulking apologia for an opportunistic war-monger who ruined the lives of most of her countrymen did not help. A black mark on Streep’s shining reputation.

5)    HIGHLIGHT – Meeting Mike Leigh: I don’t care if I made a fool of myself. I shook the hand of the second most important artist from Salford (after Shaun Ryder.)