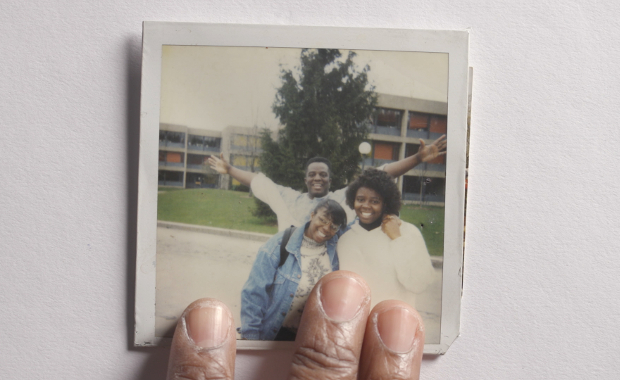 One day someone is going to make a documentary about the investigation into the victims of the NSU murders or the killing of Oury Jalloh that shows how the systemic racism that has poisoned Germany’s police forces and fed back into society and caused more hate crime.

For now, German audiences will have to make do with drawing the parallels from Strong Island, Yance Ford’s incredible documentary about the murder of his brother in Long Island in 1992. The story it tells has become bleakly commonplace – a white man kills a black man and gets away with it. In this case, a young mechanic named Mark Reilly got into an altercation with the 24-year-old William Ford, and shot the unarmed man with a rifle in front of several witnesses. But the case never even went to court, because a Grand Jury decided that it was reasonable to assume that no crime had happened.

The film took 10 years to make, and the depth of thought and skill that filled those years shows in every minute of this dense, complex film that balances many elements in its carefully-made structure. As the Ford family’s story plays out, not only is the murder and the non-investigation anatomized, through interviews with William’s friends, and tense phone calls with police officers and uncooperative district attorneys, but so are the family’s relationships – especially between Yance and his mother, whose interviews form a kind of spine for the film. Then there is the carefully described social context: the father’s determination to protect his family from social decay in Brooklyn, only to face de facto segregation in the Long Island suburbs, where black kids are warned not to leave their neighbourhoods.

Strong Island is punctuated with confrontational, improvised sequences in which Yance speaks directly into the camera in close-up. Each time, the effect is like watching the film-maker dig under another layer of grief or anger – analysing his own emotions while never feeling them less intensely; it’s as if the calmness that has settled in the intervening decades has only concentrated the feeling. Sequence by sequence, Yance finds another insight, another thought that distills these feelings, while the whole film becomes an expression of controlled rage.