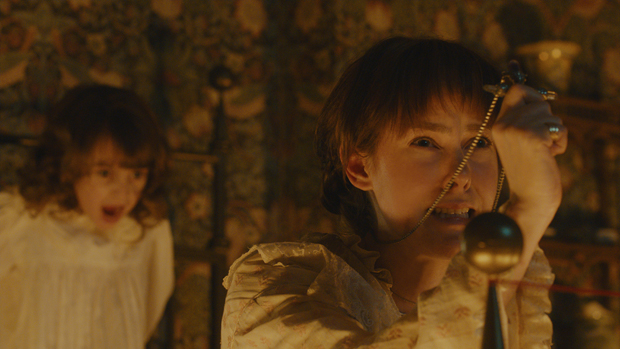 As part of the official Competition lineup but screening out of competition, Mr. Holmes tells the story of the world’s most famous detective fighting against senility and trying to restore the truth about a case that had eventually sent him into retirement.

The plot is richly layered and carefully structured. Starting from present England, where Holmes, now 93, is a grumpy, testy old man living in a countryside house no longer bothered by other people’s problems. It soon becomes apparent, however, that he can’t find peace in his twilight years of chronic forgetfulness without figuring out what had actually transpired more than 30 years ago that broke his heart so and effectively ended his partnership with Dr. Watson. Thus begins a densely-packed journey in and out of memory, fiction, reason.

Ian McKellan is simply marvelous as Sherlock Holmes. Playing both older and significantly younger, his demeanor, speech, expressions change drastically to be convincing in both cases. It’s not the make-up that does the trick, but the weariness in his look, the looseness in his posture, the cadence in his voice. The editing is also strong, weaving different timelines into an engrossing, constantly surprising narrative. American director Bill Condon shows an able if not particularly subtle hand conducting this piece of many themes. Minor complaints aside – the actual mystery at the center of the story is strangely forgotten for long stretches of time and finally too easily resolved – this is old-school storytelling at its most familiarly delightful.

The Panorama selection Angelica is set in Victorian London. After a taxing birth, young Constance is medically advised and warned to stay abstinent for the rest of her life. Her suppressed sexuality coupled with the accidental discovery of her husband’s work releases panic and violent hallucinations in her that only get stilled by the comforting company of a fraudulent medium Anne.

People will be forgiven for hating this movie because of the over-the-top, spottily rendered supernatural scenes. The luminescent virus or the naked phantom are certainly poorly designed and just plain silly. But the film actually uses all that loudly reinforced impression of backward sexual politics and mental health care to illustrate the plight of women living in that era. Seen from this angle, the trashier the effects and hence the more ignorant and hysterical the heroine appears to be, the more emphatically it’s making its point. Like the pang of genuine sympathy Anne feels toward her willing prey at their first meeting, the audience is put in the shoes of a choiceless, voiceless woman fighting for the safety of her child and may just be ready to look beyond the hysteria and see a strong, scared soul.

Both Jena Malone and Janet McTeer are more than solid in their roles as Constance and Anne. The former breaks your heart with her feigned composure over the shattered nerves. The latter brings an excellent counterbalance to the screen with her robust frame and steely gaze. Cinematography and costume design are outstanding, bringing all kinds of beautiful shapes and shades to life.