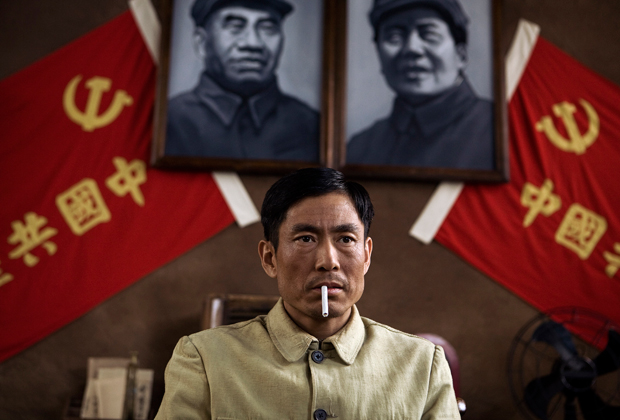 Bai lu yuan (White Deer Plain) spends a whopping three hours looking at the communal life of White Deer Village, a rural settlement of families formerly united in a clan structure, from 1911-1937. After centuries of dynastic rule, the rise of the Kuomintang and later the Chinese Communist Party throws up fault lines in the village as two families in particular find that years of peaceful coexistence are up for grabs. And then the Japanese invade. History: it’s just one thing after another.

You’d think that three hours would suffice to explain these developments to even the densest historical dunce. Sadly, this is not the case. Lutz Reitenmeier’s opening shot of golden, waving corn in Shaanxi Province sets the bucolic scene. We sense, rightly, that things cannot last and it’s not long before the traditional clan structures are shaken by the raised fists of change. The clan leader’s authority is questioned, sons start to get bolshy, a warlord’s wife takes up with a lowly-born wheat harvester and all manner of political derring-do breaks out.

In between long shots of the enduringly majestic landscape, the change in status and situation for most of the protagonists is captured above all by the general sense of disorientation: people rush hither and thither, soldiers and officials in different guises come and go, seasons pass with rain and sun and snow. Doubtless, all this is intended to reflect a historical state of confusion. Fair enough, given the huge upheavals that China went though. As a movie with a realist agenda though, it is less satisfying. There is just too much detail. What with all the political developments, seven major protagonists swopping allegiances, the interjection of various forms of Chinese village spectacle, of public ‘village square’ punishment and local customs and ritual, we are constantly overburdened by data. If this were an exercise in surrealist chaos, okay. As it is, there’s a commentary on the mechanics of metamorphosis lurking around somewhere–and it just don’t stand a chance.