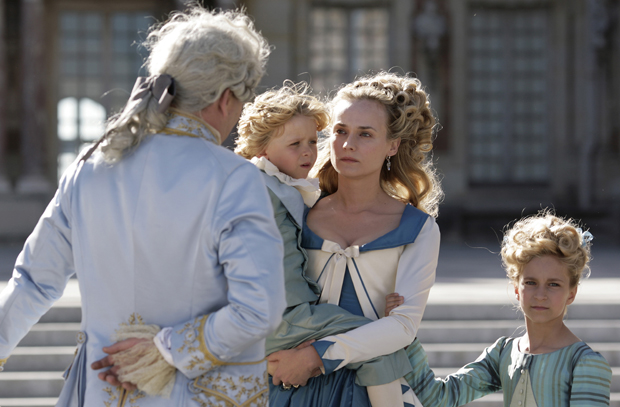 Well, that was a lame start… this year’s opening film, Les adieux à la reine (Farewell My Queen) by Benoît Jacquot is an excruciatingly tedious period piece depicting the outbreak of the French Revolution. I know, it sounds like an oxymoron, but if you’re hoping for riots and beheadings, you’ll be sorely disappointed.

Entirely set in the Palace of Versailles, the film focuses on the insipid story of Sidonie Laborde, Marie Antoinette’s reader. An orphan from lowly origins, she is blindly loyal to her queen and her eventual betrayal is meant to reflect that of the deceived masses. But it’s impossible to care for this character. She is devoid of any personality and Léa Seydoux plays her with ultimate blandness, mustering a single facial expression from beginning to end: a sullen scowl.

Worse than Seydoux, however, is Diane Kruger. How she keeps managing to land big roles is beyond me. Her performance as Marie Antoinette was so terrible; it almost made me pine for Kirsten Dunst.

Secondary to the soporific central plot, the film also includes some scenes depicting the onset of panic and the crumbling of loyalties within the royal palace. This could have made for a much more interesting film. However, Les adieux à la reine is dead set on keeping all its interesting elements in the background, as reflected in the direction: the film is almost entirely shot in close-ups and shallow focus – doesn’t the gorgeous palace make for a worthy backdrop?

Still, no need to see this as a bad omen for the festival – the lead actresses, who also include Virginie Ledoyen, do make for a rather glamorous opening night red carpet. And besides, a mediocre opening film is a bit of a Berlinale tradition anyway.