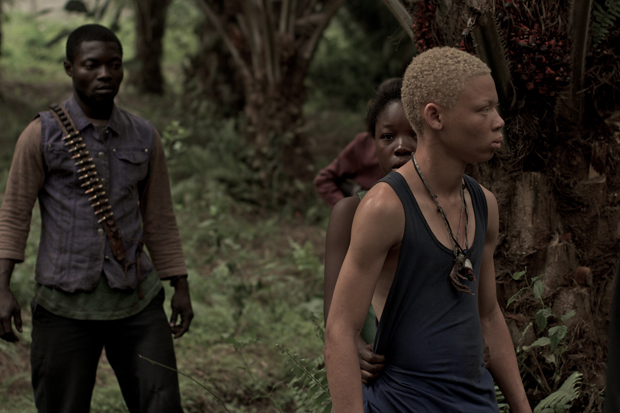 While yesterday’s Competition entry Csak a szél provided a laudable treatment of an extremely delicate issue, today’s Rebelle (War Witch) by Canadian writer-director Kim Nguyen does exactly the opposite. In addressing the subject of child soldiers, Rebelle follows in the tradition of the likes of Last King of Scotland and Blood Diamond: Western films that exploit African tragedies for cheap dramatic purposes.

In the film’s opening scene, a group of rebels attack a village, grab the 12-year-old protagonist Komona (Rachel Mwanza) and after forcing her to shoot her parents, enlist her among their ranks. The rest of the film portrays the following two years of her miserable life, during which she will suffer a series of ever more awful experiences.

The setting and conflict are never specified, but rather than to give the film universal significance, the purpose seems more to grant Nguyen artistic license to pile whatever loathsomeness he can come up with on his protagonist.

Here’s an example: to exact revenge from the man who has been regularly raping her, the pregnant Komona puts a razor blade in an avocado stone and pushes the stone inside herself so that the man will cut his penis next time he has sex with her. If this weren’t enough, after having killed him with a machete blow, for some reason she doesn’t remove the stone, which ends up lacerating her insides. What is the purpose of such fabrications?

Rebelle ends on a note of hope. Hope for whom? There’s no specificity, so is the hope simply for this fictional martyr, is it for all child soldiers, for humanity? Or, rather, is it just the final and possibly most insulting presumption this film entitles itself to?

At the press conference following the premiere, Nguyen had the gall of stating, “Through the course of writing this script, I don’t know why, but I could relate tremendously with this girl… It’s more about trying to talk about what you can feel rather than what you know.” Perhaps he should have gotten informed first.