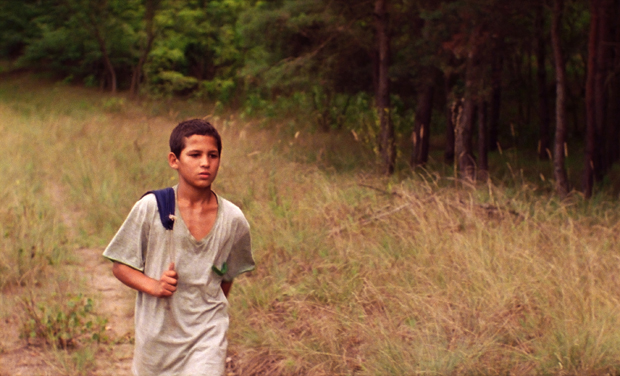 With realism on the agenda for several of the Competition entries this year, one of the last to premiere has put all the others to shame in that regard.  Benedik Fliegauf’s Csak a szél (Just the Wind), which is based on a real series of attacks on Romanies that occurred between 2008 and 2009 in Hungary, presents a realism so raw and unflinching, it makes the darkest Dardennes work look positively uplifting by comparison.

The film portrays one day in the life of a family of Romanies living in squalid woodland where five other Romani families have recently been brutally murdered by unknown assailants. The whole neighbourhood is alarmed and an intense anxiety reigns over its inhabitants. This is reflected in the cinematography, which follows the three protagonists on their daily routines in shaky handheld close-ups, creating a relentlessly oppressive atmosphere and escalating to a climax rendered no less horrifying by the fact that there is never a doubt what the film is building up to.

It’s admirable that it doesn’t manifest the slightest trace of melodrama or sugar-coating in presenting its characters. These aren’t misunderstood ‘gypsies’ who live in a secluded community where life is celebrated through song and dance around campfires. In fact, many of the characters fully live up to the widespread negative stereotypes. And yet, there is no way you can’t sympathise with their wretched situation, which the film makes clear is the consequence of their social repudiation without ever needing to spell it out.

Csak a szél is a traumatic tour de force, finally providing a worthy and long overdue appraisal of this highly controversial issue. If there is a political bias to awarding the Golden Bear, this is the only film thus far that would legitimate it.