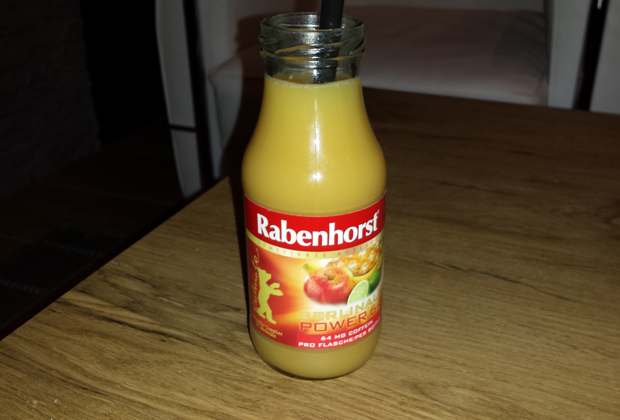 The once-famous movie star Elvis Presley was turned onto speed by the US Army, but Berlinale is battling fatigue by offering its own caffeine juice which tastes like baby formula and lubricates in the manner of British Petroleum. The terrorists have won and they can keep the prize. The crowd outside as I’m typing this has obviously been bathing themselves in the stuff in the Cinemaxx(xx) bathrooms, as they’re howling like adenoidal hyenas and Fox News pundits for the 52-year-old man wandering around outside who goes by the name of George Clooney, the star, director and co-writer of a film I haven’t seen that everybody apparently believes to stink (and shows Berlin landmarks of a scene supposedly set in Paris). But then, Showgirls is my unironic favorite Hollywood film of the 1990s, so what does the consensus know?

Cinema, itself, is an agreed upon set of values that somehow came to be considered American, despite being invented by the French, matured by the Germans and popularized by a Hitler-mustacheod British import. A couple of early examples of Japan’s contributions to the form take opposite approaches toward U.S. influence. Teinosuke Kinugasa’s Yukinojo Henge (An Actor’s Revenge) was pieced together in 1952 from a trilogy of now-disappeared, popular mid-1930s films and its structure is consequently disjointed – it doesn’t hurt to come into the screening knowing a little bit about shorting the rice market – but, set in the 1860s, it’s incredibly modern in its attitudes toward the fluidity of identity and the intersection of theatre and life.

The tale of a son avenging his his dead parents by becoming a master swordsman and female impersonator, anyone familiar with the avant-garde approach of Japanese pink and exploitation films of the 1960s can now find their antecedents fingering back to the dawn of its film industry. If I’m understanding this properly, star Kazuo Hasegawa (known as Chojiro Hayashi) was an onnagata, a male actor who played female. In Revenge, he’s a kabuki star thought to be a woman by some and a male by others and he takes on these roles depending upon circumstance as he waits for the right opportunity for vengeance – because if he doesn’t wait long enough, it’s not really vengeance. He’s vexed by various enemies, including a female thief (who looks like Peaches), the mistress of a powerful samurai, who devices multiple attempts to kill him when he rejects her love. In the nihilistic violence and life-as-a-series-of-performances approach, you can see the roots of both Beat Takeshi and Seijun Suzuki. And the climactic confrontation reveals that all the world really is a stage, though by a more clockwork approach than Kurosawa ever brought to Shakespeare.

Yasujirō Ozu is considered the most Japanese of directors to the point where we forget he was a real modernist innovator and his silent 1930 film Sono yo no Tsuma (That Night’s Wife) is a visionary hybrid of 19th century Western melodrama, 20th century detective pulp and a highly modern humanism – a philosophy at odds with the mechanical gears of melodrama in its early years, yet taken for granted now. Like Rebel Without a Cause, occurring over the course of one night, the crime takes a backseat to human behaviour and one might compare this film to the silents of another early cinema humanist concerned with how groups form and interact, John Ford. Tantalizingly, at the same time, Ozu’s eye for politically liberalizing and foregrounding the environments of his protagonists suggest that, in another world, he could have developed into a Douglas Sirk. Ozu always had an eye for the small detail that could reveal the whole, but as a young filmmaker, he would linger on certain items – a tied-up leg, a Busby Berkeley poster – with an almost fetishistic concern. Yamamoto Togo as Detective Kagawa caries a proto-Bogart world weariness while the male prettiness of star Okada Tokihiko allows him a sensitivity leads of the time were rarely allowed. The Tokyo of Wife is a modern one; at points, it could be mistaken for Berlin. It’s a small world in the dark.

You can’t just force this aesthetic merger, though The Zellner Brothers’ try to in the rice paper-thin Kumiko, the Treasure Hunter featuring Babel’s Rinko Kikuchi as a Japanese Manic Pixie Depressed Girl. It’s frustrating for reasons similar to other manic pixie films in which the character’s pathology is exploited for its intolerable charm, rather than examined and historicized, as in it was in Melancholia, Lars Von Trier’s near-masterpiece of depressive analysis. Following Kikuchi’s Kumiko from Tokyo to Fargo in search of the loot from the film of the same name (this is no spoiler), there’s no psychical divide within the cultural divide, as in Werner Herzog’s Stroszek (though, like Stroszek, it does deal with class issues), nor a slippery spiritual allegory ala David Lynch’s The Straight Story. Rather, it treats mental illness as a vaguely radical lifestyle though, in the end, Kikuchi’s behavior isn’t any more untested by the real than anyone else in the film, unless you think that it’s normal for dem Minner-sotans to expect Chinese people to speak Japanese. Exec. produced by Jim Taylor and Alexander Payne of Election/Sideways fame (who I believe are friends of Fargo’s Coens), it does capture Northern details (some of the dingy interiors are terrifically accurate) but the Zellner’s seem to miss, in their aping of much of Japanese cinema’s deadpan alienation, the why of it all. With its well-meaning cultural tourism (and tragic pet), Kumiko is an unlikely comrade of Los Ángeles (a couple of days ago). In the end, the viewer comes off with as much treasure as Kumiko does, but it would be odd to portray it, as the filmmakers do, as some sort of blanket victory.