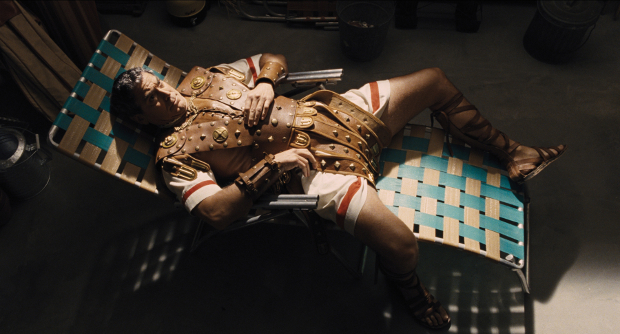 Strategically, there are a couple of things that assure the choice of a popular opening film. It never hurts to kick things off on a spritely, fun note. People are looking ahead at the daunting prospect of picking through hundreds of unknown titles after all. Sweeten them up, don’t serve the hardest pill right off the bat, helps set a mood of anticipation.

Last year, for example, the Berlinale didn’t get much mileage out of the downer Nobody Wants the Night, in which Juliette Binoche spent half the movie commiserating with Rinko Kikuchi in a darkened igloo.

What also works wonders is having something with a big, starry cast to draw everybody in and glam up the red carpet. In that regard, the festival probably took a lesson from 2010, when Apart Together, a familial drama led by two senior Chinese performers, failed to generate much excitement on opening night. And finally, if the chosen film also happens to be good, then the organizers really hit the jackpot – The Grand Budapest Hotel (2014) is one that comes to mind.

Tonight, the ensemble comedy Hail, Caesar! directed by the Coen brothers and headlined by the likes of Clooney, Swinton and Tatum, is all set to light up Potsdamer Platz when it kicks off the 66th edition of the Berlinale. In terms of star power and crowd-pleasing potential, the movie has it in spades. It’s regrettable, though, that quality-wise, we’re getting more a Burn After Reading or Intolerable Cruelty than something straight-up beautiful like O Brother, Where Art Thou?.

At the centre of the typically elaborate, Coenesque plot is 1950s Hollywood studio exec Eddie Mannix (Brolin), who’s not only a keen confessor but a professional fixer, cleaning after movie stars all day long.

The subjects of his care include the lead of the prestige biblical tale Hail, Caesar! who’s been kidnapped (George Clooney); the young heartthrob crossing over from a string of successful westerns to drama who has a problem with, oh speaking (Alden Ehrenreich); a sultry actress all but ready to have a child out of wedlock and risk damaging the studio’s image (Scarlett Johansson); and a gossip columnist bent on digging up dirt wherever she smells funny business (Tilda Swinton).

As that description would suggest, the movie’s structure is rather fragmented, with the narrative focus shifting from one crisis to the next. Although every subplot is deliciously cooked with peculiar characters and kooky turns of events, there’s a loose, uncongealed feel to the end result that points to two filmmakers having too much fun with individual ideas to let discipline get in the way.

Every once in a while, there would be a brilliant scene that seems to go on and on, compelling in its sharp writing (the Coens sure know how to milk every drop out of an argument between a Catholic priest, a Greek Orthodox priest, a Protestant minister, and a rabbi), staging (a fancifully choreographed, fluidly shot tap-dancing showstopper that’s arguably the best thing about the whole film) or acting (Ehrenreich impresses most with a combo of deadpan and old-timer charm) but nonetheless distracting, momentum-killing for its sheer, out-of-context indulgence.

Despite the less-than-refined impression it makes overall, Hail, Caesar! gets you with all its quirky little details. Verdict: the Berlinale doesn’t exactly open with a bang this year, but our appetite is officially awakened for more challenging, sophisticated stuff to come.