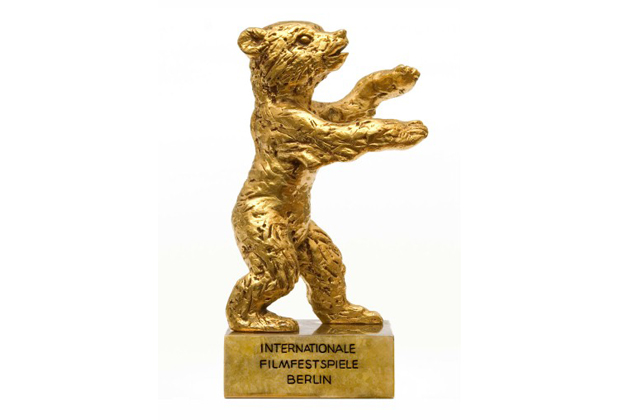 So, we’re sitting in the café attached to the Berlinale Palast a couple of days ago and in comes the entire jury. Minus Tim Robbins (what’s that about?). Staying cool is the unwritten rule, so we don’t turn on the voice memo function or attempt covert photos but FYI, Wong Kar-wai is NOT wearing sunglasses.

No listening-in either. They did this clever thing of keeping up a patter of backchat. Or maybe they were just comparing sales purchases at H&M.

Because, let’s face it, this hasn’t been a strong year. Some of the films presented at the 2013 Berlinale (Gold, Necessary Death of Charlie Countryman, and the film on which the competition whimpered out yesterday, Elle s’en va) are really only justifiable on grounds of (only partially intentional) light relief from the grind of closely observed contextual dystopias (Child’s Pose, An Episode in the Life of an Iron Picker, A Long and Happy Life, Paradise: Hope, The Nun, Camille Claudel 1915, Harmony Lessons, and of course, Closed Curtain).

Which brings us to our predictions. It’s no secret that there’s a heavy blogger bias in favour of the Kazakh film Harmony Lessons (Uroki Garmonii). It ticks all the right boxes: feature debut, sponsored by the Berlinale-linked World Cinema Fund, aesthetically and formally innovative, great character-driven story. This film deserves the Golden Bear. However, with four women and three men on the jury, a good, female-themed movie might prove appealing, especially one (Gloria) featuring ‘a woman of a certain age’. And after last year’s entirely male dominated winner (two men directing an all-male film) the vibe could be yin.

After ripe deliberation, we present Exberliner’s Jury Results – and some ideas on how it might actually go.

Golden Bear will go to Gloria.

The Jury Grand Prix should go to Gloria

The Jury Grand Prix will go to Harmony Lessons

It should – and will – go to Paulina Garcia (Gloria)

It should go to Timur Aidarbekov (Harmony Lessons)

It will go to Andrzej Chyra (In the Name Of)

It should go to Denis Côté (Vic + Flo Saw a Bear)

Should and will go to Edward Lachman, Wolfgang Thaler (cinematographers, Paradise: Hope)