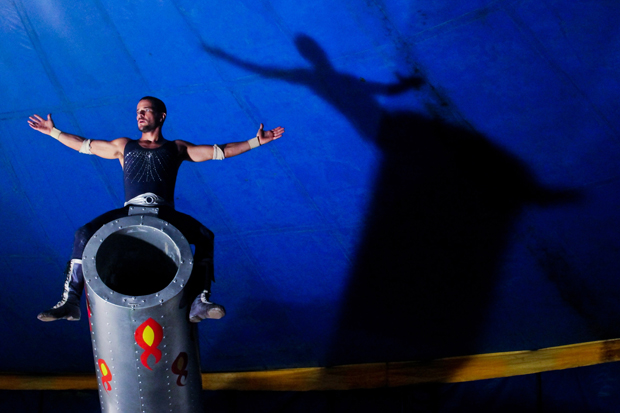 The selection of the opening film is a tricky thing at any film festival. You want established names to give the choice credibility, you want stars to up the glamour factor and media exposure, you want to set the tone for the entire upcoming program or you want to put your name behind a new discovery that you could later claim to have found first. Juggling all these demands is no easy task and lost in the shuffle is often the one crucial criterion – quality.

The Berlinale is no stranger to this dilemma, and that includes its premier sidebar section Panorama, whose opening night film is afforded a similar spotlight of exclusivity. For the past two years in a row, this dubious honor has gone to films (Nước (2030)  from Vietnam & Chemi Sabnis Naketsi (A Fold in My Blanket) from Georgia) which turned out to be only sporadically brilliant offerings that barely made a dent in world cinema subsequently. A better fate probably awaits this year’s opener, Sangue Azul (Blue Blood), seeing that it has already won top prizes at the Rio de Janeiro International Film Festival back in 2014.

To be fair, this island-set family drama is certainly gorgeous to look at. Starting out in black and white, we accompany a travelling circus as it arrives and sets up camp on the beach. Images of sturdy men hard at work splashed across the screen against billowing classical music, it’s unabashed old-timer romanticism that casts an instant spell. The visual allure of the picture holds after colors take over and we’re treated to the dazzling blue, bronze, emerald of the Brazilian seashore. Add to that any number of intricate, hypnotic circus acts or just scenes featuring attractive people in seductive dances, and you have two optically striking, effortlessly sensual hours.

That said, the narrative gets looser and looser as the movie goes on. The four chapters (plus epilogue) don’t really give the story structure and soon you find yourself asking just why is everybody becoming so restless/anguished/unhinged. Director Lírio Ferreira is no doubt an artist of sights and sounds, but his attempts at communicating the inner void, buried emotions and desperate struggles of the characters are dramatic without being expressive. Playing brother and sister with unresolved feelings for each other, Daniel de Oliveira and Caroline Abras have sex appeal in spades but are otherwise not particularly convincing performers.

Ultimately this is a justifiable, if underwhelming opening film that promises lots of exoticism and feasts of the senses ahead. Whether or not this year’s Panorama program can make good on that promise we’ll soon find out.