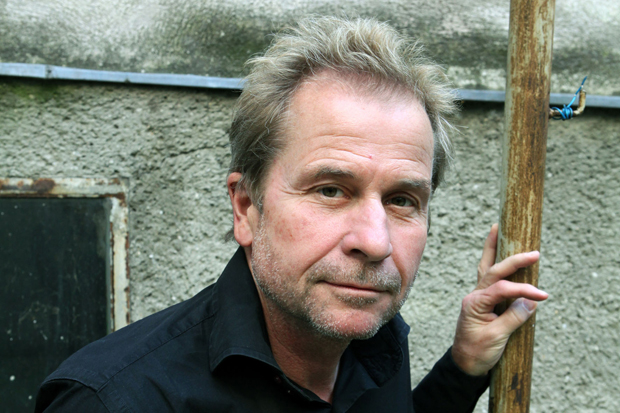 Although I may not have been completely taken with Ulrich Seidl’s Paradies: Hoffnung, I am nonetheless a longtime admirer of his work, so I wasn’t going to miss my chance at interviewing the Austrian provocateur. Surprisingly soft-spoken, he shared his thoughts on his Paradies trilogy, which after Cannes and then Venice celebrates its conclusion with an impressive hat trick at this year’s Berlinale.

Now that this trilogy is finished, are you satisfied with the film and the feedback you’ve received?

I am never satisfied.

So what would you change?

In my opinion, considering the material that I shot and the reality that I was dealing with, I did the best that I could. But films are never finished. In terms of the feedback from the critics and audience, the fact that I made three different films means it generated a lot of attention. They’ve played at festivals and are presently being released one after the other in cinemas, so they will have engaged the public for almost a year now. This is of course the best that can happen to someone. Although, there ought to be the possibility – in Austria there will be, I don’t know about other countries – to see all three films in a single screening.

Do you feel that to fully understand the films it is necessary to see the trilogy in its entirety?

Of course it has to be possible to understand them on their own, otherwise I wouldn’t have been able to release them individually. So every film can be watched on its own, however, if you see all three films in this order, then the whole is enriched: echoes and associations arise between them, so the significance and complexity will only be augmented for the viewers.

Regarding the order: the films’ titles – love, faith and hope – appear in a different order in the bible. In Corinthians, it’s faith, hope, and then love. Why the switch?

It just fit better for the three films. First I decided on the sequence of the films, which had nothing to do with the titles. The films’ sequence is what I felt was right in dramaturgical terms. It would not have worked to start with faith. The titles came at the end, hence the switch.

Which of the three terms do you feel holds the greatest importance in life?

It’s impossible to say – there is no single most important thing. It depends on the moment, on the stage in one’s life. Once love will be more important, another time it will be hope. Also in terms of the Christian virtues, they’re not considered separately, they’re seen as one.

Many feel that Paradise: Hoffnung is the most compassionate film in the trilogy. Do you feel that it’s because of the protagonist? Because of her youth?

Yes, that certainly played a role. It’s about children who are innocent and I would not permit certain things to happen to them – I do believe that a different approach is necessary.

Are you hopeful about youth?

Every generation seeks to change the world. And it should be that way. To what extent the world is going to change in the next generation, I can’t say. But hope always lies in youth.

In all three films the characters are unhappy and unsatisfied with their lives – does this reflect a pessimistic worldview?

The female body is central to all three films. Did this stem more from cinematic or social considerations?

First I had the intention of making a film about women. The physicality of women is of course a theme that is very central as it is reflected in our society and I am portraying women whose bodies do not correspond to the media’s image of beauty. The first woman that goes to Africa is not considered attractive enough, which is why she seeks love elsewhere.

I have already tackled this theme of physicality and beauty in my previous films – I made a film about models, for instance. So it’s about questioning the idea of beauty. Is there such a thing as beauty? Why do we live in a world in which beauty is prescribed?

Your trilogy deals with Austrian society and Austrian realities. Other Austrian artists, most notably Thomas Bernhard, have been accused of being Nestbeschmutzer (one who denigrates their own culture). Can this be applied to your work?

It’s behind me now, but it was also the case with my first films that I was accused of dirtying my own nest. But it’s not about being a Nestbeschmutzer, about confronting Austrian society per se, it’s about depicting Austrian society. In the meanwhile the opinion has changed significantly. Now I’ve become an important director in Austria – people go to the cinema and want to see my films, so it’s working. Moreover, what I portray does not only concern Austria, it concerns the whole western world just as much. These people I deal with exist everywhere – it’s not only in Austria that we find sugar mamas, just as it’s not only in Austria that you find fat girls.

And how do you consider your status as a controversial filmmaker?

It’s a sign of virtue. Not everyone is able to make controversial films, so there is virtue to it. I’m trying to give my audience something to take away, something that will touch them, give them things to reflect on. If controversies arise through the film, it’s something productive as it helps people achieve greater awareness. The films also hold up a mirror to our society, to us. I’m not interested in controversy per se. I’m not showing something that is exotic, I deal with our daily lives, the characters that I present are not that different from you or I. Perhaps that’s what the problem is: I get too close to people.