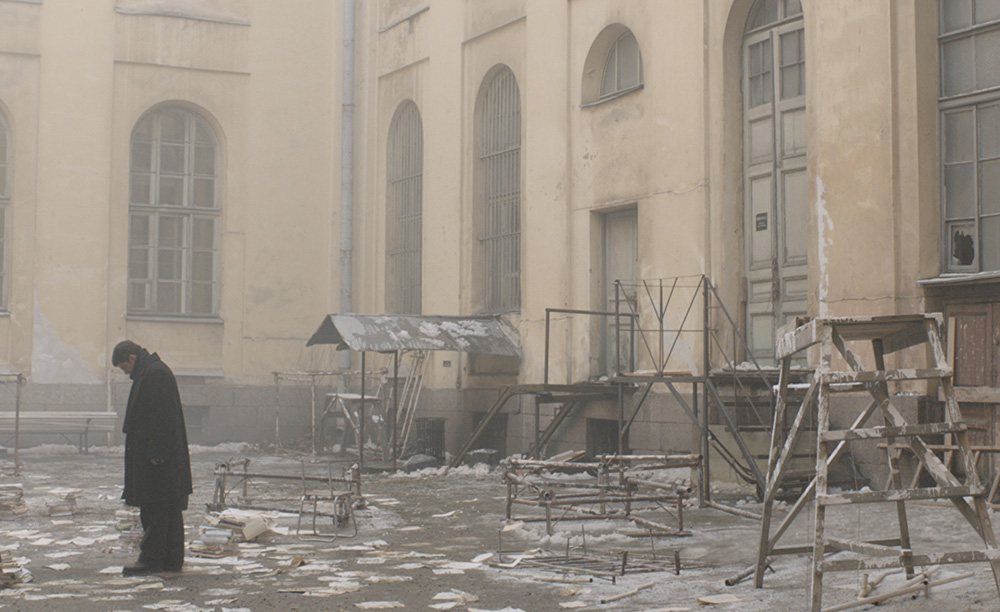 Yesterday, the headline competition got interesting with the world premiere of Alexey German Jr’s Dovlatov. It’s a film that seems tailor-made to strike a chord with jaded critics, charting as it does a week in the life of an underappreciated, underpaid writer struggling to convince the world of his brilliance. I have to admit, I knew precisely nothing about the works of Sergei Dovlatov, who acquired mainstream recognition only after emigrating Russia and being published in The New Yorker in the mid-1980s, not long before he died suddenly aged 48. But this didn’t impair my enjoyment a jot.

From the opening frame, I felt like I was in the safe hands of a master who knows exactly what he’s doing. The film unfolds at a leisurely pace, in slow, sumptuous takes, but each frame is so full of life, two hours positively flies by. Milan Marić is excellent in the titular role, evoking the sense of a stoic soul whose amiable manner masks a razor-sharp intellect and a deep-seated dissatisfaction. Dovlatov deftly juggles chilliness with delightfully deadpan humour, occasionally calling to mind Woody Allen at his bittersweet best. Of course it’s far too early to be making Golden Bear predictions, but I’d be surprised if this year’s jury didn’t find some way to acknowledge this very fine film. PO’C 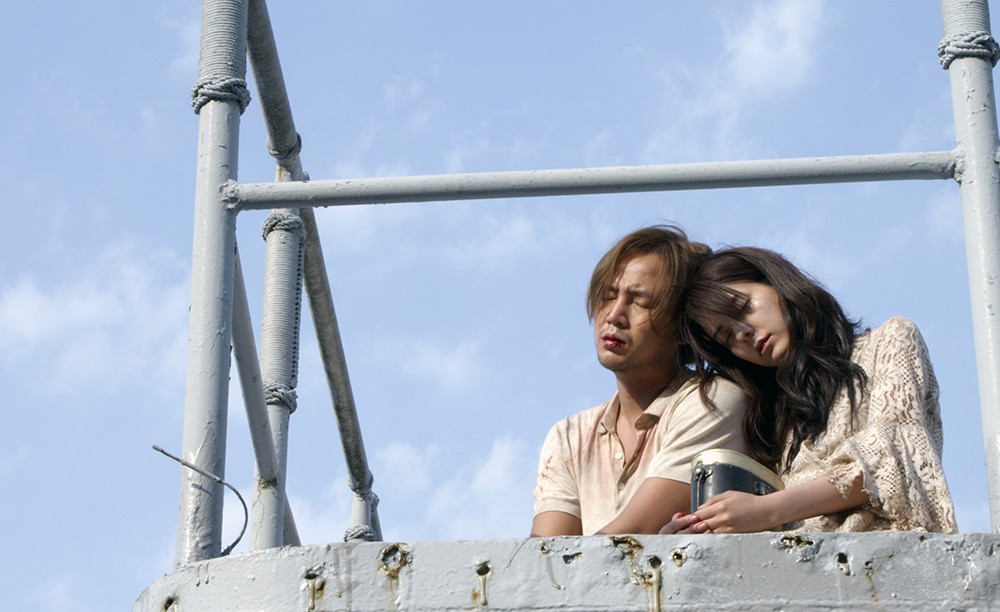 It didn’t take long for this year’s Berlinale to bag a scandal, in the shape of controversial South Korean director Kim Ki-duk, who was recently accused of sexual misconduct and found guilty of physically assaulting one of his actresses on the set of his 2013 film Moebius. The Berlinale, which openly champions the #MeToo campaign, chose to screen the director’s twenty-first feature, a move that many have called out as hypocritical. The festival has defended itself with a statement saying that inviting this film provides a platform for discussion, essentially the equivalent of handpicking Charlie Sheen as your AA sponsor. But what of the film, Human, Space, Time and Human, itself?

Divorced from its context and separating the art from the artist, Human, Space, Time and Human is a narratively and visually redundant piece of work that follows a group of broad caricatures (a corrupt politician, a newlywed couple, a group of small-time gangsters, an “enigmatic” old man…) on board a former battleship. Tensions inevitably arise… Think Snowpiercer, minus the claustrophobia, tension and cinematic flare. The overarching creation myth and life cycle also echoes of last year’s mother!, but Kim’s latest makes Darren Aronofsky’s clumsily allegorical hodgepodge seem like a paragon of subtlety by comparison. Indeed, Human, Space, Time and Human is the allegorical work of someone who is barely functioning above the level of a full nappy. The childish take on social hierarchies is far from insightful or in any way transgressively audacious; the borderline slapstick treatment of sexual violence in this film is offensive and problematic in the extreme. Which brings me back to the same question: Who in the name of Hitchcock’s Lifeboat thought selecting this in the Panorama Special section was a good idea? Not only is it exasperatingly vacuous, but it’s a tone-deaf inclusion that cinematically lowers the bar of this year’s programme and courts controversy in all the wrong ways. Do yourself a favour and stay well away. DM 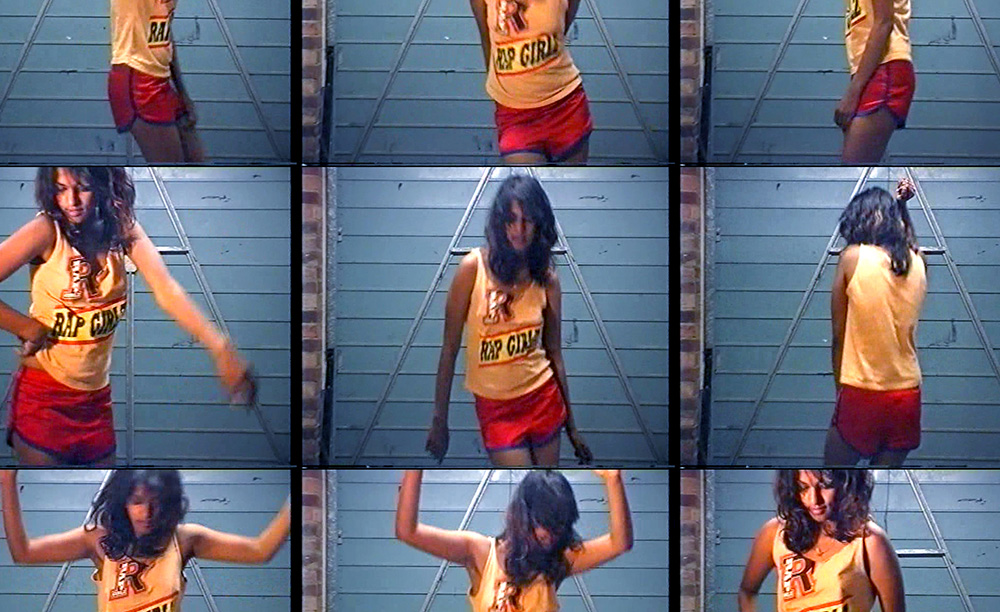 Since its debut at Sundance and its subsequent showing last night at the Berlinale, Stephen Loveridge’s music doc Matangi/Maya/M.I.A. has garnered its fair share of controversy. Even the film’s own subject, the singer/songwriter/rapper/activist M.I.A. (aka Mathangi “Maya” Arulpragasam), has been critical of the movie, and you can kind of understand why: fascinating but uneven, it leaves you torn between admiration for her artistry and a hunger to understand even more of where she is coming from.

Really, the documentary is almost a collaborative venture: M.I.A. relinquished over 700 hours of her self-filmed personal archive footage, dating back to her time as a film student at Central St. Martin’s in the 1990s (coincidentally, where she met Loveridge). This fly-on-the-wall aspect, more prevalent in the first half of the film, is really what buckles you in for the ride—from touring with Britpop darlings Elastica (she developed a close friendship with lead singer Justine Frischmann) to researching her Tamil family and background in Sri Lanka, you’re privy to watching a young woman cement her identity and find her creative calling, almost in real time. The film tracks the rise of her career with the escalation of the Sri Lankan war that deeply affects her family, and the struggle of reconciling her fame with her fractured background. Narratively, the movie’s greatest achievement is contextualizing the moments that have lead M.I.A. to be one of the most censored and controversial pop stars of her era, examining the distance between her somewhat dramatic public persona and a headstrong, visionary artist who marches to the beat of her own drum.

But a closer look at her creative process would have done much more to present M.I.A. as an essential musician for her generation. We’re granted only a few precious minutes of footage from the famed recording sessions from her sophomore record Kala, which saw her visit pretty much every continent and work with everyone from Timbaland to African school children. Eventually, Matangi/Maya/M.I.A. slides into puff-piece territory, where all the heaving lifting is enacted by the subject alone, as we’re given a more blow-by-blow account of her professional milestones. It’s a bit of a shame, since given the depth of M.I.A.’s career, the film could have branched off in any number of directions, and continued to shine a light into the murkier aspects of her art.

There’s a scene near the end of the film when Maya’s grandmother, who lost an eye from gunfire from Tamil soldiers, is softly singing to herself. When Maya asks her how she remains happy, the grandmother simply replies, “I sing, and it makes me happy. You should sing, too.” It’s an incredible moment and perfectly shows where Matangi/Maya/M.I.A. strikes gold: the intersection of art and protest, not as anger, but as an expression of love and a will to survive.

And finally, here are our ticket picks for our highlights screening in three days – make sure you don’t miss out:

A comprehensive and enthralling look at 25 years of radical productions in the Volksbühne under Frank Castof.

Guy Maddin’s compiles film extracts all shot in San Francisco in this playful 60-minute love letter to the city, cinema and the art of editing.

The Silk And The Flame

Jordan Schiele joins Yao for Chinese New Year. He meets his friend’s ailing family members, who wish for their unmarried son to find a wife, while Yao is looking for the man of his life.