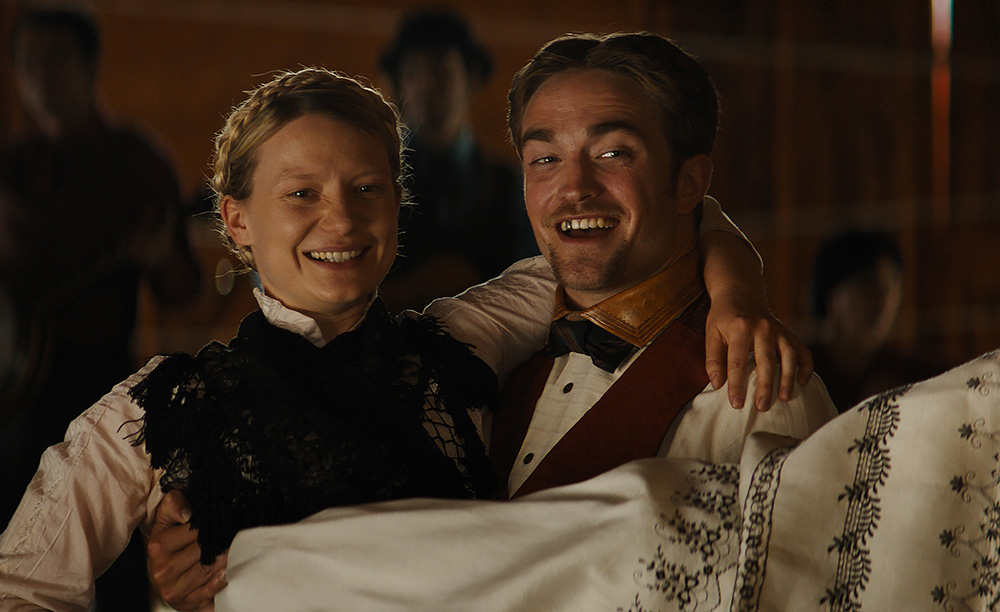 Hot on the heels of a star-studded opening night, the competition continued in relatively glitzy fashion yesterday with the European premiere of David and Nathan Zellners’ Damsel, an offbeat revisionist Western fronted by Robert Pattinson and Mia Wasikowska. Having been largely well-received at Sundance last month, it seemed to receive a somewhat frostier reception here. The audience around me were audibly restless at yesterday’s press screening, which ended with a small chorus of boos. But while it’s undeniably arch and a little patience-testing in places, I was broadly charmed.

Pattinson continues to prove himself as one of Hollywood’s most adventurous actors, going full goofball here as Samuel Alabaster, a wealthy pioneer on a quest to rescue his beloved Penelope (Wasikowska) from the hands of kidnappers. I’d seen the film billed as a comedy, but a dark undercurrent is palpable from the outset, and what starts out as a quirky frontier caper gradually reveals its true colours as an acerbic and timely feminist tract. It’s particularly strong at portraying the low-level harassment women have endured at the hands of idiot men throughout history. But it’s a little too narratively sparse and ambling to really stick the landing, and at times the writing feels like a shoddy attempt to ape the Coen brothers. However, given some of the other films I’ve seen since, these suddenly feel like minor quibbles. More on those in the coming days… PO’C 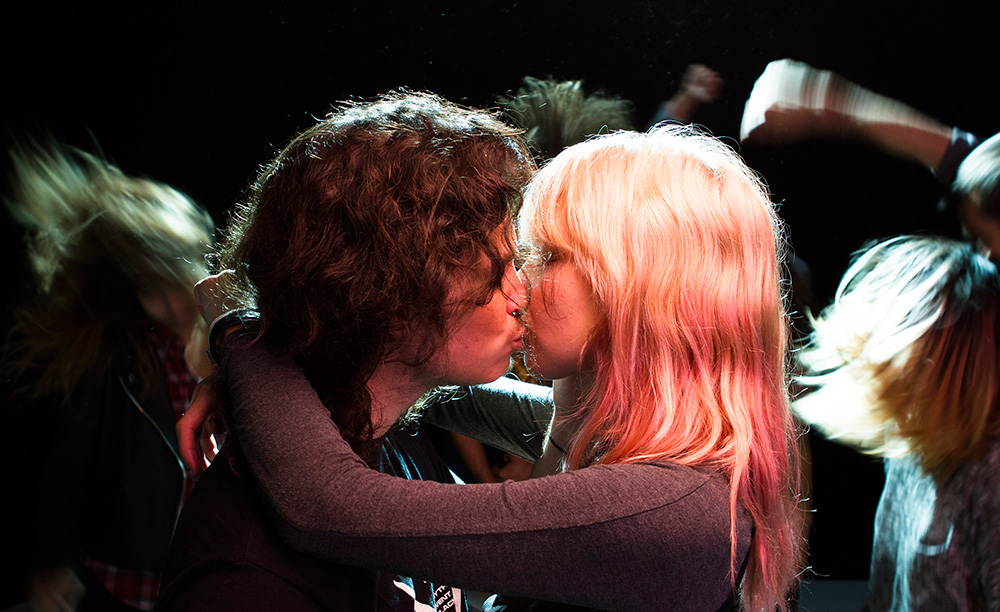 The Generation 14plus section has this year delivered a must-see from Montreal. Canadian writer-director Pascal Plante’s first feature, Les Faux Tatouages (Fake Tattoos) sees introvert birthday boy and Slash-lookalike Theo (Anthony Therrien) go to a metal gig alone. The somewhat cagey loner gets chatted up after the concert by Mag (Rose-Marie Perreault), a spunky punk who comments on the eyeliner-drawn inking Theo has on his arm…

Alarm bells might be ringing from this description, possibly leading you to expect a rough-around-the-edges, rock-fuelled version of Garden State, replete with manic pixie dream girl antics; but fear not. I’m not sure how much the film earns the ‘FUCK LES FILMS ROMANTIQUES!’ subheading that adorns its posters, as there are positive comparisons to be made between this indie Québécois gem and both Linklater’s Before trilogy and Andrew Haigh’s Weekend. However, the first-time filmmaker deftly eschews many of the maudlin tropes linked to the standard-issue boy-meets-girl movies; he crafts a subtly sentimental coming-of-age story that refreshingly refuses to spoon-feed backstories or create unnecessary romantic obstacles. The dialogue and contemporary courtship references ring true, and Plante compellingly captures awkward moments, resulting in stronger emotional investment for these delightful headbangers. Whether they’re admitting they like Beyoncé, chatting about social media or the fact that they can’t get those pesky skinny jeans off, both Anthony Therrien and Rose-Marie Perrault create an authentic chemistry that assures this portrait of first love feels timeless. Perreault in particular is brilliant, delivering a stunningly assured and career-launching turn as Mag. Great things are surely around the corner.

Beautifully romantic on its own terms, Fake Tattoos leads up to a quietly devastating yet hopeful final scene, one that manages to turn the understated into something achingly heart-warming, as well as put a heaping dose of helium in your soul. Don’t miss out. DM

Finally for today, tickets are currently available for these programme highlights screening on Tuesday (Feb 20).

A sensitive and surprisingly funny doc about young civilians training to join the Canadian armed forces.

Shut Up and Play the Piano

This intimate portrait of oddball Canadian musician Chilly Gonzales doubles up as a love letter to the Berlin underground scene of the early noughties.

This enthralling portrait of 1970s bohemianism serves as a sequel of sorts to the Maysles brothers’ classic 1975 doc Grey Gardens.