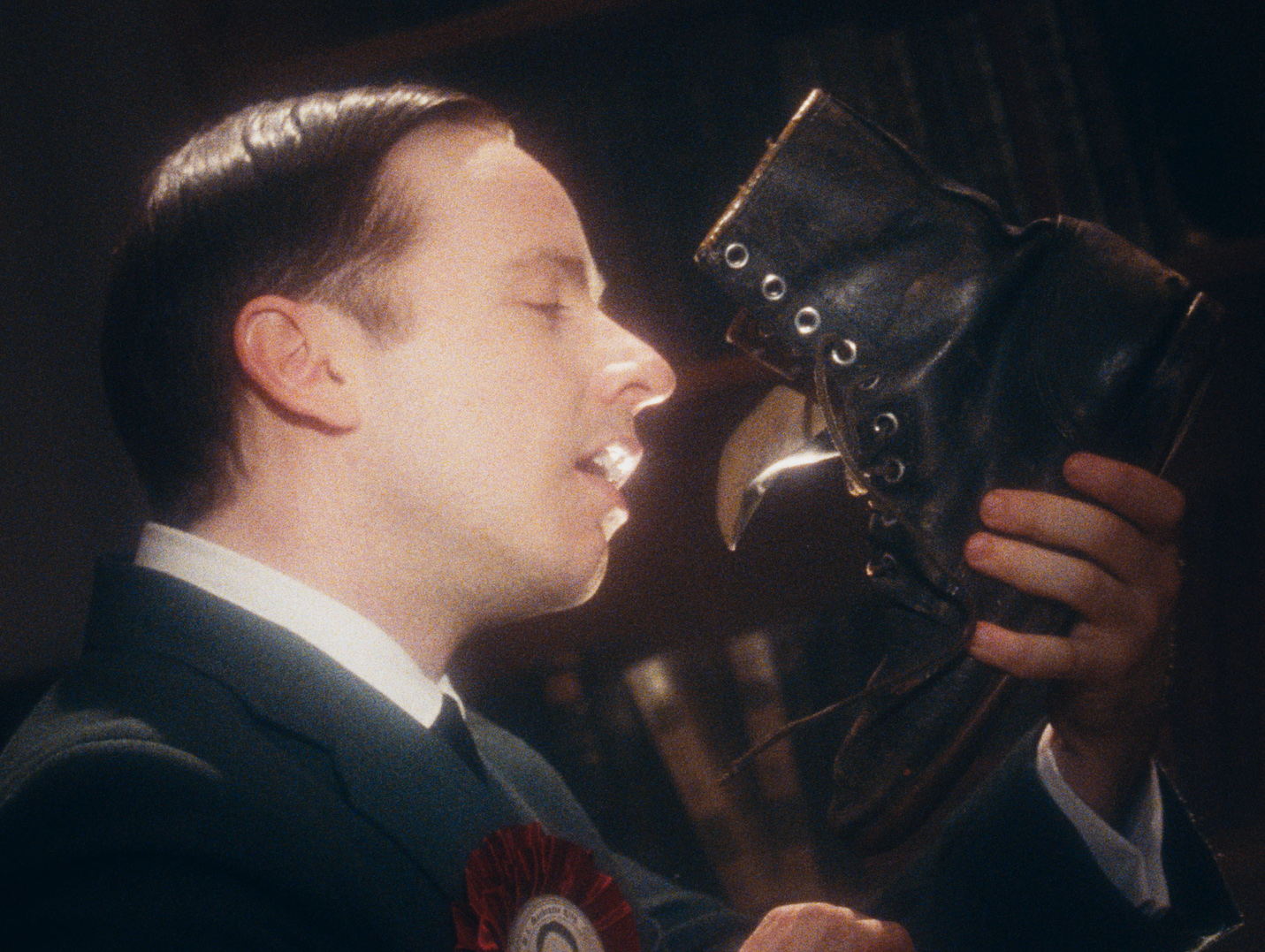 Two cinematic OVNIs are well worth checking out in the sidebar sections of Forum and Generation this year.

Ever wondered what would you get if you crossbred Monty Python with Guy Maddin and geometrically obsessed Soviet propaganda aesthetic? Well, wonder no more, as Canadian writer-director Matthew Rankin has got you covered. The Twentieth Century is his highly stylized faux-biopic of Canada’s 10th PM, William Lyon Mackenzie King. Set in Toronto, in 1899, we follow the aspiring young politician King (as played by the bowler-hatted Daniel Beirne) as he sets about becoming a leader. But in order to rise to power, he’ll need to satisfy his Freudian-nightmare-of-a-matriarch’s lofty expectations, outshine his alpha-male rivals in such tasks as ribbon cutting, baby seal clubbing and urinating signatures in the snow (no need for elections, this is the Canadian way), and keep a fetishistic compulsion under tight control.

Split into ten chapters, this endearingly eccentric and frequently hilarious film luxuriates in its heightened aesthetic. Shot on grainy 16mm in a boxy aspect ratio that recalls Hollywood melodramas of yore, The Twentieth Century features geometrically strict carboard cut-outs and animated retro-futurist sets that recall the German expressionist scene. Complemented by old fashioned lighting and a cannily curated colour palette, Rankin has fully embraced an inventive and campy dream state, which is an immersive delight to watch. It could have been a case of style over substance, but the film manages to sustain its deadpan charms and humorous momentum without the joke wearing too thin. This is in large part due to the cast: Beirne is brilliant as the staunchly patriotic, entitled Beta male whose falls from ‘grace’ increase in silliness, and Louis Negin is equally excellent (and quite frankly terrifying) as his bedridden mother dearest.

Crucially, beneath layers of absurdity is a warped morality tale with satirical bite. Indeed, for a film brimming with ample cross dressing, hand-puppet pets, ejaculating cacti – yes, you read correctly – and a lot of stinky footwear, The Twentieth Century challenges the idea of empires, critiques the sort of person that yearns for power at all costs, and skewers the fearmongering inherent to fervent nationalism, which inevitably leads power-hungry egos to exclaim lines like: “Fill people’s minds with nightmares and they’ll follow you into hell”,

For our part, we recommend you fill your eyeballs with this film – you’ll laugh, you’ll appreciate the historical and political send-up, and you’ll learn the difference between a harp and a trumpet. And with any luck, you’ll end up wanting to follow Matthew Rankin wherever he goes next.

Another absorbing oddity is the Belgian debut from writer-director Zoé Wittock in the Generation section. Jumbo sees a shy and withdrawn amusement park worker, Jeanne (Portrait Of A Lady On Fire star Noémie Merlant), develop a connection with a new UFO-looking ride she decides to call Jumbo. The machine somehow seems to react to her touch and communicates with her through blinking lights.

At first, the film seems like it easily could have been the set-up to an abduction story à la Close Encounters of the Third Kind, or even an indie-spun Transformers origin story. These avenues are dismissed for an engaging drama about a young woman who has developed a deep form of psychosexual attraction for an inanimate object. It’s a love story that is played completely straight-faced but goes beyond the surface of what sexual psychologists refer to as objectophilia; it’s less interested in exploring OS (Object Sexuality) or going full Cronenberg, and more drawn to becoming an allegorical fable about the struggles of those who don’t fit the standards of heteronormativity.

The acting throughout is excellent, with Merlant taking center stage. Her performance fizzles with honesty and she sells every emotional beat, keeping you guessing in the first act whether this could all be happening inside her head – especially when her mother (played by the great Emmanuelle Bercot, on fine form here) fleetingly refers to a mental disorder. Her physicality throughout adds a touching layer of vulnerability to the character, and her sharply observed awkward mannerisms are sure to leave knots in your chest.

The straight-faced approach to the material might provoke some laughter, and it’s undeniable that Wittock teases a more radical tone that could have been leant into a bit more. One memorable scene, in which Jeanne and Jumbo’s relationship is ‘consummated’, features black oil that gradually seeps into the white canvas of Jeanne’s dreamscape, enveloping her naked body. Thomas Buelens’ cinematography works wonders here, as it contributes to making the sequence both eerily abstract yet profoundly intimate. It also recalls certain elements from Jonathan Glazer’s Under The Skin, an identifiable visual callback that makes you wish Wittock had grabbed that hypnotically unsettling verve with both hands and used bolder strokes to maintain an air of mystery, instead of opting for a more familiar denouement. That being said, Jumbo never feels like a missed opportunity, as it never sells itself as being a radical take on sexuality and or an in-depth case study. Like The Shape Of Water before it, it’s a story of forbidden love that doubles as a compassionate call for acceptance.