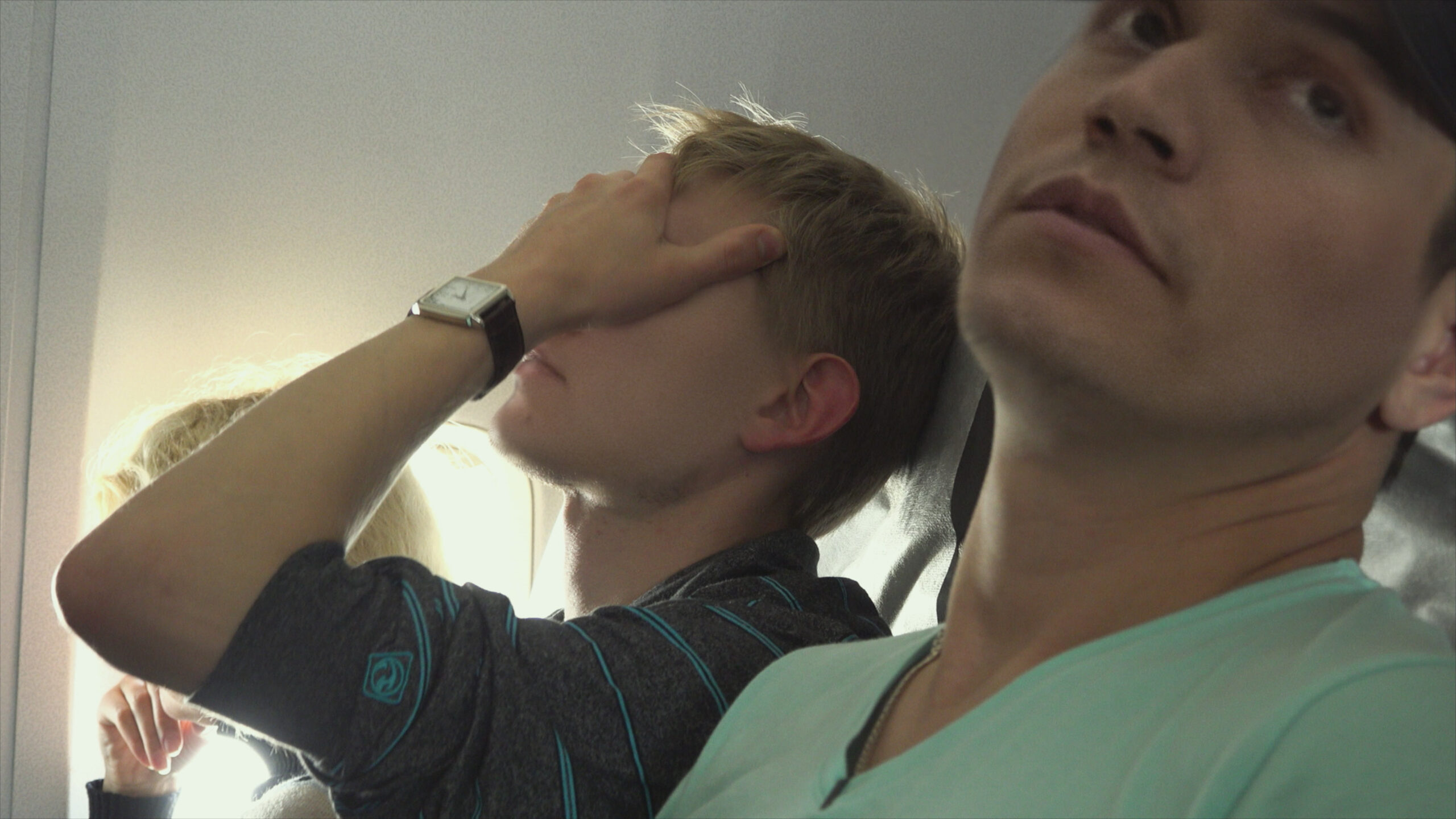 David France, director of ‘Welcome To Chechnya’: “This is an ongoing crime against humanity that no one is paying attention to.”

One film this year, screening in the Panorama section, is one of the most devastatingly vital pieces of filmmaking you’ll see all year. Welcome To Chechnya is the third chapter in investigative-journalist-turned-director David France’s unofficial “activism trilogy”, following 2012’s How To Survive A Plague and 2017’s The Death And Life Of Marsha P. Johnson. It’s an eye-opening and frequently harrowing investigation of the struggle faced by the LGBT community in the Russian republic of Chechnya. (Read our full review.)

We sat down with David France to talk about his film, the bravery of the people who agreed to be a part of his project, and how the documentary is both about love and an urgent call for action.

How did you manage to convince the protagonists in the film to speak to you and be followed by your cameras?

I had read an interview with Olga Baranova, who was running the main shelter in Moscow. She had spoken publicly about the work she was doing, and so I had an introduction to her. I proposed to her that I make a documentary. She was interested, but there were questions of security and protection of the identity of the people who are in the shelter. We worked all of that out quickly, and within three days, I was out there shooting.

The film never lets you forget the risks everyone is taking.

It was dangerous, especially so for the characters and the activists. But that’s one of the reasons they wanted me there. The video would present an alibi if needed – we were functioning as a failsafe in a way. My cover story there was that since the World Cup had just been there, I was a wealthy American football fan, especially enamoured with the Egyptian football team, who had been staying in Chechnya. I knew nothing about football, so I had to study up on that.

The studying seems to have paid off…

Well, we were detained briefly as we were leaving – that’s in the film, the bit when they’re reaching in for passports. I had my cell phone between my legs and I was shooting that way for that moment. I made sure to have a second cell phone on me with photos and football fan material on it. The authorities were shocked about the story of an American coming to see the Egyptian footprint in Chechnya, but eventually they went “This guy’s too crazy”, and we got out of detainment.

I had never been to a place that was so closed. I felt very watched and studied. There’s something about the tension in the air in Chechnya that I’d never experienced before. I don’t even know how to describe it… I have done war reporting in Central America, Lebanon, Western Africa, but I’ve never felt the kind of peril that you feel when you’re there, even if you don’t see it. There are no goons with guns or military infrastructure confronting you, but you felt it anyway.

You use a new digital technique to disguise the identity people you talk to, instead of more conventional blurred faces approach. How did you go about ensuring that the audience can still empathise with the characters, even when they’re essentially wearing a digital mask?

I had to make the argument to the folks who were on the run that I needed to see their faces for the empathy. I needed to know what it was like to be them, to have been tortured so terribly, to have barely escaped and to have been so dislocated from their community… And even dislocated from their families, who have joined the hunt for them. I promised everybody that I would disguise them in some way. But I didn’t know how. And yet, they still agreed to let me film them. I promised them in forms I signed that I would return to them with my solution, for their approval. Once we began the work in research and development to find a way to cover them, we began to worry very seriously that we had a movie that we’d never ben able to release.

The technique works wonders. The members of LGBT Network appear with their faces though…

Yes. The trade-off for the risk-taking on their part was their need to get the world to pay attention to what they’re doing. It was their decision to appear with their faces because of the increasing physical risk to their safety. With the appearance of this film, they believe that their notoriety is going to begin to add to their level of protection. For the others, we made sure to get informed consent from everybody, and as the project proceeded, we wanted to make sure that they knew exactly what the consequences of the consent would be. We reviewed it with them over and over. We also asked the people from the Russian LGBT Network to talk to them about what this is going to mean, and that their stories could be carried outside the circuit of small film festivals. As for the technique, it has been recognized as the first major new tool for documentary filmmakers. It gives back the power to people to tell their own stories. It gives them back their humanity and their agency, and that’s what this technique has accomplished.

Have the activists and people you’ve interviewed seen the film now?

Yes, I showed them the film early on. I had travelled to Europe and got people to a neutral location, so that we could show the film to them. It was before we’d finished any of the work on covering the faces. We were very careful with moving the footage around – everything was multi-encrypted and we had security protocols in place just for footage protection. We locked the picture last March, so it’s taken us all this time to work in the VFX front.

You’ve included a lot of shocking images in the film, specifically the phone footage grabs.

It wasn’t a hard decision to include those. This is an ongoing crime against humanity that no one is paying attention to. Life in the shelter is, as you can tell, a very nervous-making life, as people are trying to find some sense of safety and their way to secure locations. Without knowing what it looks like, what’s actually going on there, it makes their journeys dismissible. We wanted to show the grotesqueness of what’s going on, and what they’re escaping. That’s why we included those three pieces of footage.

There’s a role-reversal of sorts, because the phone footage pieces are trophies for the perpetrators, but you use their horrific videos against them…

Correct. The footage was shot by the perpetrators themselves and they were either trophies or deliverables. Many were shot so they could prove to superiors that they were accomplishing what they were instructed to accomplish. We did, very consciously, feel like we were turning around the intent of that footage.

You also include some moments of tenderness, especially between “Grisha” and his partner.

You know, I realised very early on that this is also a film about love. Not just romantic love, but love in a much larger way. I thought I was making a film about hate, and having spent time in that underground network, I saw a remarkable expression of love for strangers, humanity and life itself. I wanted to make that film.

Are there any other stories that didn’t make it into the film that particularly shocked or moved you?

Many. One is a story that we tell very briefly, but we didn’t get to tell the whole story. It’s the airport crisis scene, when Olga runs to the airport because a young woman, who was finally on a plane, is intercepted on a layover in Minsk by her father. He recaptures her and brings her back to Chechnya. What we didn’t get to show shocked me – the father, who was under great pressure to get his daughter to the police, took his lesbian daughter to the police station. The police gave him a gun and told him to get rid of her. He couldn’t do it, and in refusing to do so, he and his entire family went into the network of shelters.

What do you think the international community can do with regards to this crisis?

Putin could tell Ramzan Kadyrov to stop it, and Kadyrov would stop. Just like that. Why isn’t he telling him to stop? I believe that what is happening in Chechnya is the extension of Putin’s policies. For the past fifteen years, he has been systematically rowing back cultural acceptance of the LGBTQ community in Russia, and he did it by passing only one law – the anti-gay propaganda law. That makes it illegal to say anything in the presence of a minor that might be construed as suggesting the normalcy of LGBT folks. It is legal to be gay in Russia – there are no laws against gay sex, but there are also no protections either. In Putin’s campaign to create an appetite for traditional values and to rebuild the role of the church in society, what he’s done is weaponized homophobia to consolidate his power. The logical extension of that is what’s happening in – and not just – Chechnya. We’ve seen other explosions of extreme homophobia and anti-queer violence in Russia, Poland, the United States, places where you thought that things were irreversibly heading in the direction of liberalism. This is the tip of a global iceberg and I didn’t think that homophobia could be weaponized again, the way it was in the 1950s, 60s and 70s. I thought that that would be impossible. In almost every society, we have celebrities who are queer, politicians who are queer. And yet, we’re looking at the first place and the first time since Hitler that a top-down government-sponsored campaign exists to round-up every LGTBQ person for execution.

In your opinion, can the film also be considered as a journalism lesson to those only obsessed by clicks?

You’re absolutely right. The biggest failure here is the failure of the news media. They initially reported the story. It was handed to them by a Russian-based investigative team at the Novaya Gazeta, the only newspaper in the world that’s been aggressively reporting on this story. The news cycle throughout the world, and throughout the West in particular, has become inexcusably shallow. The economy is not there to continue investigative research and reporting the way it was in the past, and this film is a piece of investigative work that newspapers should be carrying on.

Hopefully, the people who see it will work to get the story back in the headlines…

That’s the hope. That the people in the news media who can amplify the call for justice from the audience will put pressure on governments around the world to bring pressure on Putin. The only global leader who has taken him to task on this is Angela Merkel. Nothing out of the United States. Canada have been very silent, even if they’ve been quietly receiving people. But even those channels for humanitarian parole visas have dried up. Because there’s no pressure… We hope we’re playing a part in trying to relaunch the story about this horror and give people an impetus to do something about it.