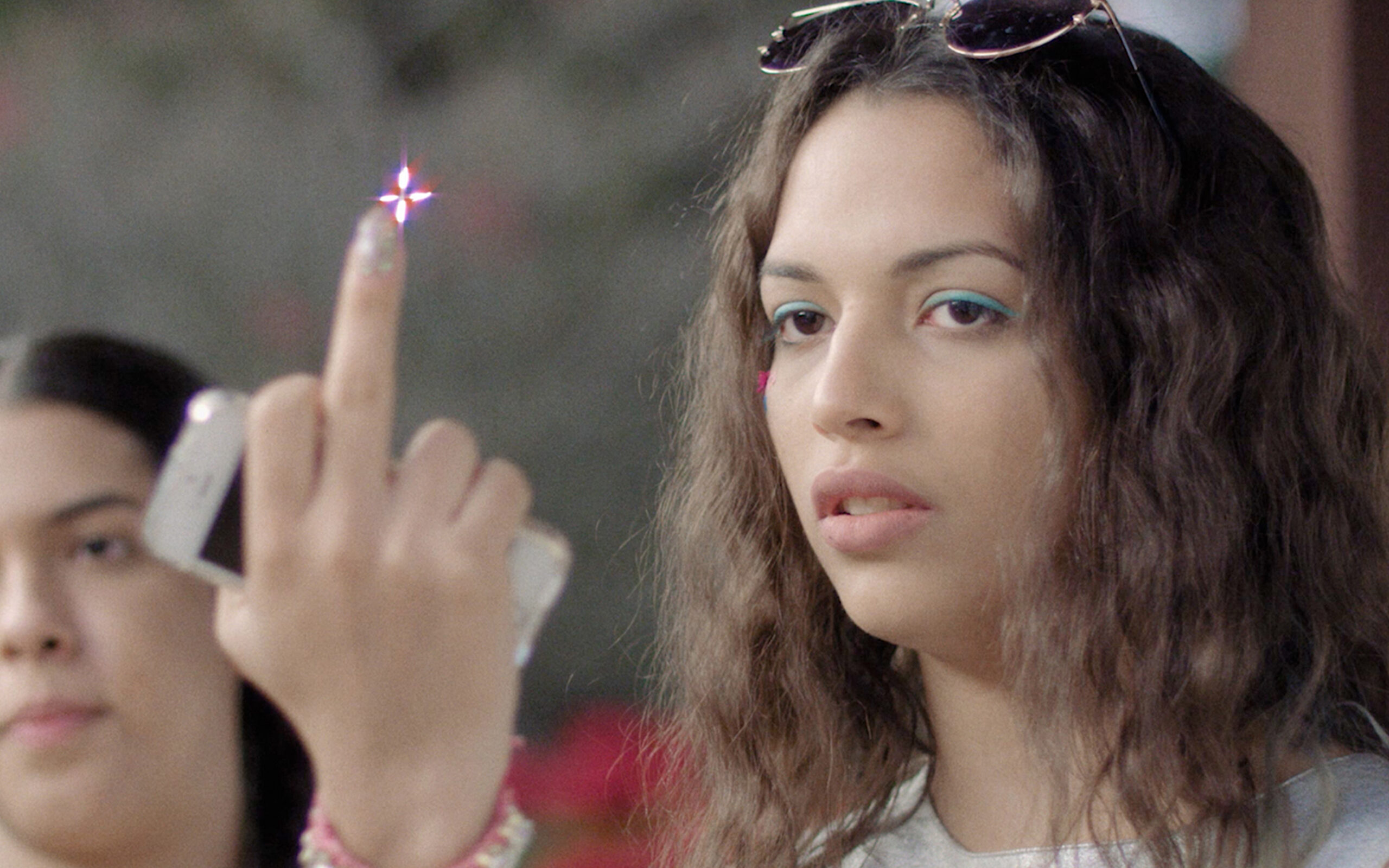 The world’s most important queer film award The Teddy holds its 34th edition tonight at the Volksbühne. Walter Crasshole looks at two movies he’d like to see win – both unapologetic celebrations of queer identities, both from Brazil, a country living under rightwing rule right now. One for the kids (but really everyone) and one very adult.

These are dark times considering the violence against trans women all over the world (even recently here in Berlin). Couple that with the far-right direction Brazilian president Jair Bolsonaro is taking his country in and it’s a miracle that a film as vivacious and reaffirming as Gil Baroni’s Alice Junior exists – and it deserves kudos for that alone. The fact that the film is a genuine joy to watch makes it all the better. Real-life Brazilian Youtube star Anne Celestino Mota plays the titular Alice Junior, a star on the internet and in her own life. When her father, an affable perfume maker, announces they’re leaving her comfortable city life for the Brazilian provinces, Alice is crushed. Make no mistake though, her father (played adorably by Emmanuel Rosset) is in no way the villain… he’s 100 percent supportive of his trans daughter. But thrust into a new, conservative environment, Alice must not only create a new circle of friends, she has to deal with small-town attitudes as well, all the while still longing for her first kiss. While she does encounter the typical bully, a transphobic school headmistress and the expected (yet still unacceptable) ignorance, Alice does so with a fierceness that’s nothing short of inspiring. Brightly put together outfits, blips of social media and emojis, a pulsing soundtrack and neon streaks that follow every hair flip betray Alice’s world of sparkle, not of darkness. Meanwhile, most of the adults (except for the aforementioned principal) are genuinely supportive, from her aforementioned father to the teacher that gives Alice the key to the staff bathroom, to the loopy, hippy love interest of her father that wants Alice to befriend her gay son. Perhaps the problems Alice encounters are blunted because this is a kids movie, but given how entertaining it can be for adults as well, it seems like a pointed choice. Kids live in a world where these differences are surmountable and that without the interference of a malicious adult world, and in a perfect world, overcoming them is just the right emoji click away. And maybe it’s about time we had a kids’ movie with not just a trans character, but a trans hero. 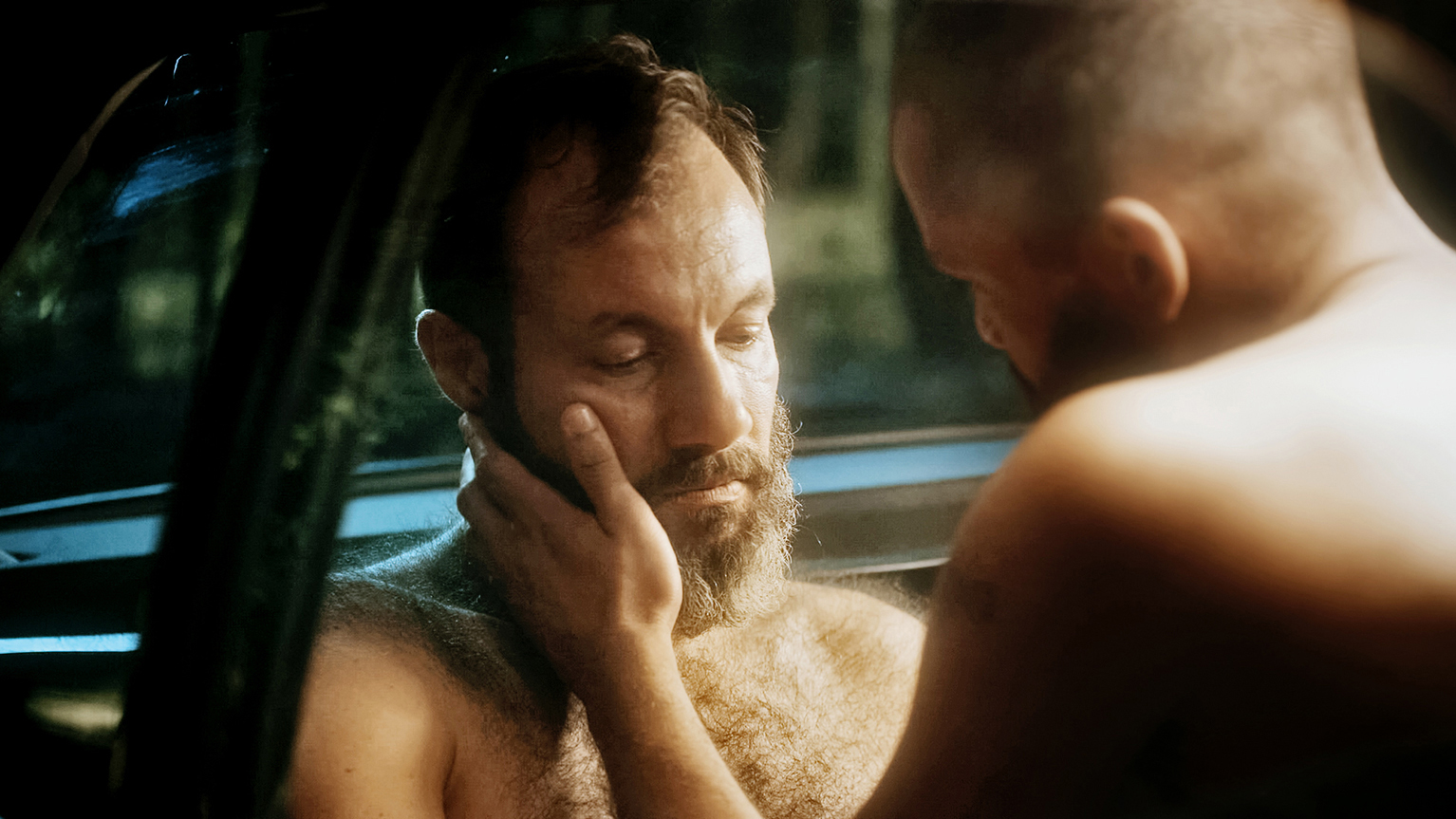 Brazil continues its celebratory queer outlook (at least in cinema) but in a very, very adult way in Daniel Nolasco’s Vento Seco (Dry Wind). Berliners may recall Nolasco as the director of Mr. Leather, winner of the best documentary at the 2019 Pornfilmfestival Berlin. Fiercely unapologetic about its sexuality, Vento Seco goes about exploring male homosexual loneliness without pathologizing it or falling into the trappings of heterosexual relationship models.

The film follows Sandro, played by Leandro Faria Lelo, who while involved in a hot and heavy affair with his coworker at the fertilizer factory, leads a lonely and almost embittered existence. He builds landscape puzzles at home, rebuffs attempts by his friends to sign workplace safety petitions and tries to beat the southern Brazilian heat at the swimming pool. That’s not to say his life isn’t without joy. Nolasco films Sandro’s sexual encounters in sweaty, explicit details from the first text message to deep down butt munching in the middle of the nearby woods. His lover Rodrigo would have him as a boyfriend, but Sandro rebuffs any attempt at anything more serious. He constantly suffers from extremely dry lips (caused by the weather mentioned in the title) and each character in the film, in turn, offers help to heal them – Sandro won’t have it and deals (or doesn’t deal) with it alone. Regardless, he doesn’t seem exactly happy single. Enter Maicon and the neon lights, plush pop music and sumptuous sex fantasies he brings with him. When Maicon enters the scene and soon after shares a chance encounter with Sandro on an amusement park ride (under a perfect glow of pinks and blues set to a cover of Bruce Springsteen’s “I’m On Fire”), Sandro’s mind explodes with beautifully shot, cruisy sex-filled dream worlds, contrasted with his dull and flat waking existence. The only problem is that Maicon hooks up with Rodrigo instead of returning Sandro’s lustful glances and sends Sandro into a jealous rage.

But it’s not because he (just) wants the relationship with Rodrigo or wanted Maicon first. Nolasco’s vibrantly lit and pulsating sexual fantasy worlds highlight an unbridled joy that Sandro doesn’t want to give up nor is Nolasco condemning. Sandro needs this world and his sexual encounters to be fulfilled as a gay man. But not just. Vento Seco resolves this issue by neither giving Sandro Rodrigo or denying him eventual comfort and that’s the beauty Nolasco wants to share. Not only the beauty of cruisy, hot and sweaty gay sexuality but also it’s own ways of circumventing loneliness without giving in.