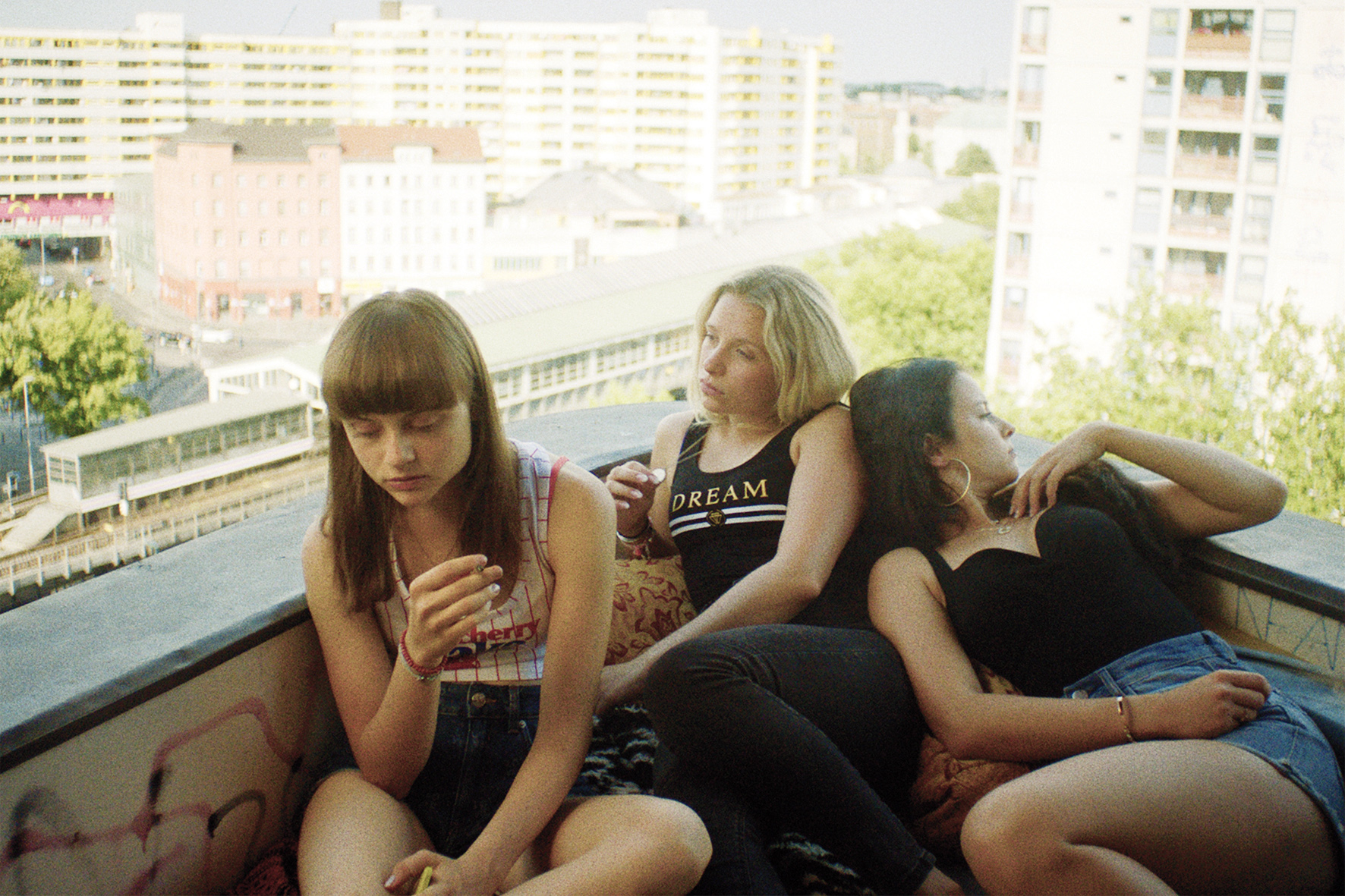 It’s already day two of the Berlinale, but things really rev up today with several exciting premieres in the festival’s different sections. Tonight’s opening of the Generation 14plus section (definitely not just for kids) keeps it homegrown with Berlin-set Kokon (“Cocoon”). We sat down with native Berlinerin Leonnie Krippendorff to see what her film’s all about.

Girls to the front! That may be the battle cry of this year’s Berlinale Generation sections, which boasts 58 percent of its features and shorts directed by women and opens with Leonie Krippendorff’s second feature film Cocoon, a film about young Berlinerinnen no less, coming to terms with growing up in the city. Born in 1985 in Berlin, Krippendorff herself has roots in and around Kottbusser Tor where the film takes place. Starring a young Lena Urzendowsky as Nora, the film charts her journey to womanhood in the city’s most vibrant district. The film has generated a commendable amount of buzz already, not only opening the festival’s  “youth section”, it’s also been nominated for this year’s Deutscher Filmpreis.

The Generation section opens with your film – a coming-of-age LGBT story. What drove you to make it a lesbian love story?

As far as I know, there’s actually not a single German film about teenage girls that young falling in love with each other. Nora is 14, her body is just beginning to develop and so is her interest in love and her sexuality. I think to date there’s been no movie with a theatrical release with this topic. Which was strange to discover. This was one of the reasons why I wanted to make this film. It’s the heart of the film, this love story between two girls. It’s a very beautiful story. They’re not confronted with a lot of discrimination, which I also found important. Nowadays there are so many steps backward all over the world for the LGBT community. I wanted to make a film that would encourage young girls to live their love as they want to. If you live in Berlin, you can have a beautiful story it doesn’t have to be horrifying.

What kind of inspiration did Berlin provide the story?

I wanted to make a coming-of-age film set in Berlin with autobiographical elements but seen through the eyes of teenagers today. The main protagonist, Nora is 14 and when I was 14 it was such a completely different city. The Wall just had fallen some years before, the city was just starting to transform into something new. I’m from West Berlin, so I would never go to former-East Berlin and the city just felt to me so much smaller back in those days. I feel like now Berlin is this interesting international hip city and is so much bigger. Funnily enough, teenagers today feel the same way I did when I was their age because if you’re young and you have a life where you go to school every day, you always have the same places you go to over and over. It limits your world a bit. That’s why it’s set around Kotti, to give it a real universe.

Their own Berlin microcosm! The cast is in a way a microcosm…

There’s aren’t many adults in the film. The ones that are there are completely useless. They’re also a bit unnecessary because when kids have a question, they can just google it. They watch tutorials about how to do something, how to figure out if a guy is into you or whatever. There’s no longer that step in life where it’s like, “I got my first period, what do I do?” Kids no longer have to talk with their mom, they can just punch it in and find a tutorial about it.

But the microcosm is diverse. Nora encounters all sorts of different people in the film.

Yeah, I wanted to make a film about this area [Kottbusser Tor] where there’s all these different cultures living together. From my own experiences as a teenager, I found that it was greatly integrated. It felt like so natural that everyone was hanging out with everybody. The teenagers with only German backgrounds we met during our research for the film were very conscious of that – it’s very important to them that they are accepted by the kids with Turkish and Arabic backgrounds. Even the way they speak, they take on a bit of a Turkish or Arabic accent or put Turkish or Arabic words into German. This was the kind of community I was interested in.

And it’s really told from a young woman’s point of view.

I think the main topic for me actually is that transformation from girl to woman. Coming of age. But I felt that a lot of coming-of-age films handle that topic in such obvious ways. Like for example if a girl gets her period, it very often feels so easy when that happens. There may be a little shock, but then you have a friend who gives you a tampon, you stick it in, problem solved. And that’s not how it is. I gave this topic a lot of space because it’s really different and I feel it’s still such a taboo to speak about how it actually feels. It’s still embarrassing for many young girls to go through this time in their life. And even for many adults the period-topic still is a taboo. I wanted the female body to be a very important topic in the film.

All of Cocoon was shot here in Berlin, how was it shooting this film here?

Berlin isn’t the best when it comes to encouraging people’s projects. [For my first film, Looping] we shot some parts in this village in the countryside and that was a paradise because they were so excited about it and everyone wanted to help. The town firefighters came and made artificial rain for us, so we had a beautiful rain scene. People in Berlin on the other hand get annoyed very easily.

Did you get a lot of the old Berliner Schnauze when shooting Cocoon?

Well, [in one of the houses where we shot], we had an upstairs neighbour who was on drugs all the time and he kind of wanted to kill us. We were filming a very sensitive scene and he somehow entered the flat and was screaming like hell and stuff. It got so bad that we had to call the police. They came and took him away but they didn’t really do anything. He was back home after three hours. And then because he had some time to think about how he could make our lives harder, he was tapping a spoon or whatever on the heating. All the time. We had these noises and we couldn’t shoot. [laughs] So we were trying to be very, very calm until he stopped and then we would start shooting this scene and begging that he wouldn’t start up again. It was quite exhausting [laughs].

This is your second film. Your first film was actually a graduation film for Konrad Wolf but went on to hit the international festival circuit. How did that feel?

That felt great in one way and in another not because the critics were all over the place. Some were over the moon about it and some hated it. At the international festivals, we often got a very emotional response after the screenings. I felt more understood by the international community than in Germany.

Why do you think that is?

Looping is a film you must watch with your gut and not so much with your head. It’s kind of a fairy tale in the real world, and you must just let that through. German films quite often explain things to death. You could have this great topic, punchy and interesting in itself, and then the film has every character’s background as an overexplained motivation for their actions… So Looping didn’t fit into that.

But it definitely made a name for itself. Did this translate into support for Cocoon?

We still got a lot of rejections for Cocoon and had a long struggle for financing. We didn’t have a lot of money, but in the end we were able to make that film and I’m thankful for that. I received good support from pretty much the same people that supported Looping and who believe in what I’m doing. Funnily enough, these supporters are mostly male and the film is definitely not their everyday topic, but they trusted me. And I think that’s important that these men are starting to listen and to take an interest in stories that maybe don’t come naturally to them. Young women also watch films about old men and can be touched and can cry about their emotions. If you have empathy it doesn’t really matter if you’ve been in the same situation or not.