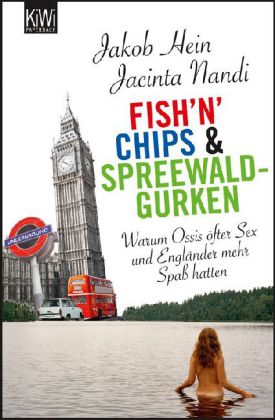 “Hey, Jacinta,” says a guy in a bar after a reading. “You don’t know me, but I know you. I’ve read your new book. It’s very good. You’re very funny. You’re a clever writer.”

“Oh,” I say. I quite like it when people come up to me and say they like my writing and stuff. I don’t mean to sound all Mariah Carey about this. But I just do. I really enjoy it. However, the word he’s using for clever is ‘schlau‘, and I don’t like the word ‘schlau.’ I’d prefer to be called ‘klug‘ or even ‘intelligent.’ I’m a bit put out, to be honest. I think it’s almost an insult. I think seven-year-olds who are good at Sudoku are ‘schlau‘ – and Carole Vordermann, and squirrels who hide nuts away for the winter. I don’t think people who write books are meant to be ‘schlau‘. But I don’t say anything. I’ve only just met this guy, and besides, it might just be my German. What do I know?

“Yeah, okay,” he says. “Your paragraphs were really short. I liked that. Did you do it deliberately?”

I look at him and runzel my Stirn thoughtfully. “Were they?” I ask, vaguely surprised. “I don’t think that was a conscious decision or anything,” I say. “I just, like, wrote all the stuff I wanted to say in each paragraph and then, like, when I was finished I stopped writing and started a new paragraph.”

I scratch my nose self-consciously. I wonder secretly if he’s not just saying that because my paragraphs are too short.

“Shall we drink vodka?” he asks.

I grin at him brightly. The longer I live in this country, the more I start to appreciate the specificity with which the Germans hate themselves. It’s so specific – they’re exact and precise like surgeons – making these tiny little incisions with dolls house knives. Sometimes, when Germans start hating on themselves, they get so specific about it, I start imagining them as these tiny little elf surgeons, like they’re the elves from The Shoemaker and the Elves, sewing up your Caesarean scar into these teeny-tiny, precise little stitches. Their self-hatred is so tiny and specific, it’s kind of beautiful – like a perfect little poem.

“So, you must have a lot of self-confidence,” he says.

I look at him blankly. “Why would you think that?” I ask, confused.

“I don’t know why you would think that,” I say. “I really, really, really hate myself. I despise myself. The only people I hate more than me are Dominique Strauss-Kahn, Miriam Kachelmann and Heidi Klum.”

“Oh,” I say. “Well, to be honest, I think when I started writing it, I had no idea just how bad my German was.”

Our vodkas arrive and we down them and then we start bitching about how familienfeindlich Germany is – not in terms of, like, social benefits and childcare provision, just in terms of people tutting at you in restaurants and on trams.

“They never say anything to neo-Nazis or football hooligans,” I say, sadly, “no matter how loud they’re being. Only kids when they sing ‘Wer will fleißige Handwerker sehn’. They’re fucking cowards. They’re meaningless cowards.”

“You’re just not welcome anywhere, if you have a kid in tow,” he says bitterly. “Well, actually, the only one place where you’re truly welcome is Legoland Discovery Centre at Potsdamer Platz.”

The thought of Legoland Discovery Centre makes me feel, and I don’t mean this in a bad way, slightly suicidal.

“Shall we have another vodka?” I say, smiling sweetly. “But you’ll have to get them in, mind. My EC card is broken.”

Jacinta’s book – co-written with Jakob Hein – is called Fish ‘n’ Chips & Spreewaldgurken and published by KiWi Verlag. The book launches THIS Friday, March 8 at Kaffee Burger, starting at 8 pm, followed by a concert from Zuckerklub. Be there or be square. Or something.