Anja Kampmann was best known to German readers as a poet until the release of her critically acclaimed debut novel, Wie Hoch die Wasser Steigen (High as the Waters Rise, Hanser Verlag, 2018). This remarkable work tells the story of a middle-aged oil rig worker named Wacław who, when his best friend (and maybe more) Mátyás goes missing, sets off on an inter-continental journey to take stock of what remains of his life after a decade working offshore. Catapult Press recently published the novel in English, ably translated by Berlin local Anne Posten – it has since been shortlisted for the National Book Award’s “Works in Translation” category. We met Anja Kampmann in her home city of Leipzig to discuss the novel and its reception.

Congratulations on being a finalist for the National Book Award. How does it feel to see your book out in English and doing so well?

I’m very happy! I was worried that the American election would take all the attention, and no one would care about books any more. It’s interesting how the reception of the book now in the English-speaking world is different from the German reception. English critics are really stressing other aspects of the story – a lot about masculinity and queerness on the rig, and also about power structures, which was very important to me while I wrote it. In Germany, they were more interested in the language.

The relationship between work and place is a powerful theme in your book. Wacław’s father was a miner in the Ruhrgebiet, but Wacław is part of this much more mobile, more precarious, almost invisible global working class. Was it your goal to give a voice to this hidden world of work?

When I wrote the book, I felt I really had to focus on this one character, and the few other characters that have their lives there – and through them to make it all visible again. I’m very interested in industrial places. Last year I visited a small town in Ukraine, where they have these huge old Stalin-era steel factories, with propaganda still all over them. Of course, everything was polluted. This is the old industrial image, like you might also find in Charles Dickens’s England. And of course the novel deals with resource exploitation, which was important to me when I wrote it. 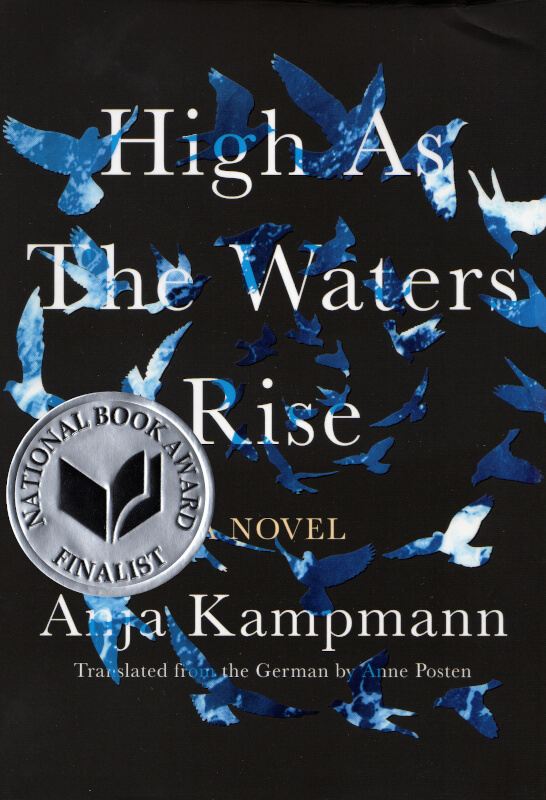 So would you say the industrial ports, empty lots and oil rig in your novel are typical placeless places of the new global economy?

Yes. It’s also something you can say about the characters. They just go to different places with helicopters and drivers, they do their work – but they don’t have any connection there. A worker like Wacław, who spent 12 years out there, he doesn’t leave traces. He cannot share what he does with anybody, except some other men he works with. So this dislocation does a lot to people, not just oil rig workers but people in general. It’s a great burden, really. You can achieve a lot, you can go to new places and meet new people, get a lot of new experiences. But how do you process it all? How do you integrate it into your life – or what’s left of your life, after so many years away? These are the questions that interested me.

How did you research the workers’ lives?

I tried to get on an oil rig, but they wouldn’t let anybody on who isn’t supposed to be there. So I talked to lots of different people who had worked on rigs, including elderly workers who’d started their lives there 40 years ago and told totally different stories than younger workers.

I think it’s easy to lose yourself out there – and “out there” doesn’t have to mean an oil rig.

I talked to people who worked in the jungle in Papua New Guinea, and the stories they told me were so intense they could only give me one paragraph’s worth, no more, because it was too much for them. Some of the workers did the rigs for a few years and made lots of money, then did completely different things – but there were others who really crashed their family lives, and didn’t do well afterwards.

The stereotype is that blue-collar men aren’t sensitive or can’t articulate their emotions. But then your narrative voice, which accompanies Wacław very closely, is so attuned to emotion and beauty…

For me it was the most difficult decision, how to get close to a character like this – because I didn’t want to get into this rough boys’ language, all the exotic stories you hear of “drinking and whores and motorbikes”. Obviously, the novel is not something that Wacław would tell in sentences like these. But I do think it’s very possible that someone who’s been out there on the rig for so long might perceive the world this way.

The two men at the heart of the novel have a very special friendship, which seems to transcend their macho social world. Does this relationship offer a healthier model for male identity?

It would be nice! (laughs) I don’t dare tell anybody how to lead their lives or have their friendships. But this sense of hope – this sense that someone is truly meaningful and close, that they can help you through a lot of dirt and shit – was very important to me.

How do you hope someone might be changed by having read your novel?

I think what the novel asks is: What is really important? And to rethink your relationships to the people around you. People from my generation, for example, grew up with this notion that they can become everyone or everything, that they can go everywhere and do whatever they want. In a way it’s true. But I think this freedom also comes with a price. I think it’s easy to lose yourself out there – and “out there” doesn’t have to mean an oil rig.