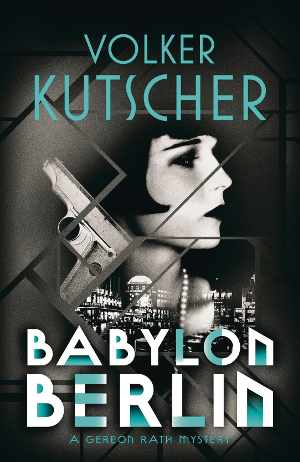 With history written into the brickwork of almost every street, there is much in Berlin to compel and inspire a writer. Yet it seems it’s the era so famously described in British writer Christopher Isherwood’s Berlin Stories that has sparked the most output, with authors both at home and abroad using Weimar Berlin as a setting for crime novels and historical fiction. What’s the allure?

“Weimar Berlin will always be a reference point for writers, because of the fact that it was a space where wider laws of prohibition did not apply,” says Ben Robbins, a researcher at Berlin’s Free University who taught a master’s course on Isherwood in 2015. Nowhere was the hedonistic, rule-breaking spirit of the time immortalised better than in novels like Goodbye to Berlin. But Robbins is quick to point out that the British expat author’s tales don’t tell the whole story.

“Isherwood came here as a privileged, upper-class sex-tourist,” he says. “Money wasn’t an issue for him. Goodbye to Berlin has helped create a myth of glamour because of films such as Cabaret, the character of Sally Bowles, the caricature of the bad artist… But the Nowak affair in the story better describes the real Weimar Berlin: tenement buildings, and a knowing ignorance of the future.”

It’s the “real Weimar” that today’s writers attempt to depict. Rather than Isherwood, Cologne-based crime novelist Volker Kutscher was inspired by Alfred Döblin’s Berlin Alexanderplatz, the renowned 1929 novel about the seedy criminal underworld and squalid working-class slum-like quarters around the famous square in Mitte. “I wanted to connect the world of Döblin with the world of Raymond Chandler – the myth of 1920s Berlin and the myth of American gangsters from the same period,” Kutscher says. The result was his Gereon Rath detective series (2007-2014), six books that are currently being adapted into Tom Tykwer’s upcoming TV show Babylon Berlin.

In 1929, nobody knew. Hitler was just the guy with the Charlie Chaplin moustache.

Kutscher’s obsession with Weimar goes back to childhood. “It all started with Erich Kästner’s Emil und die Detektive, and other novels from the so-called New Objectivity movement.” He was drawn to “not only the elegant cars, fashion, and music of those days” but by the contrast of the era’s optimism with Germany’s ultimate fate. “In Weimar Berlin there were many fears but also hopes, certainly in the later years… All the good that could have come out of Germany was destroyed after 1933, but in 1929 nobody knew. Hitler was just the guy with the Charlie Chaplin moustache.” 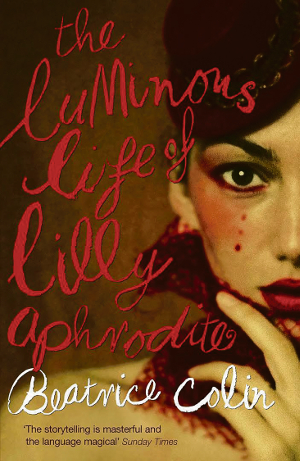 For 53-year-old British writer Beatrice Colin, the connection with Weimar is more of a family affair. Her 2009 novel The Luminous Life of Lilly Aphrodite (also sold as The Glimmer Palace) tells the story of the rise of both Nazism in Germany and the early film industry through one Berliner’s life experience through it all: the title character, Lilly.

The character was inspired by her great-aunt, a Russian Jewish emigre who along with Colin’s grandmother had lived in Berlin in the 1920s before fleeing Nazi Germany. “Twenty-six years ago, I was fresh out of university and my father asked me to take my great-aunt, who was about 90 and living in Paris at the time, on holiday in the south of France. We had never had any real relationship, but when we arrived she asked me about all the films I had seen, questioning me about classics such as Metropolis, it was all new to me.’

It turned out that she’d spent her twenties working for Babelsberg’s famed UFA production company, first as an assistant to director Alexander Korde, later as a studio representative in Paris, promoting Metropolis among many other silent-era classics. “She told me stories like when she was proposed to by a Greek millionaire in the back of a moving car, and had to say no and then jump out whilst the car was still moving to get away from him – she was very glamorous.”

The two started going on holiday together annually, and “the research for my novel came from me researching into the history of German cinema so that I could keep up with her. The only book on early German cinema I could get my hands on at the time was an academic book that I ordered from the University of Chicago, and I remember thinking this was so fascinating it shouldn’t just be left to academia. I thought about making Lilly a typist, like my great aunt, but then I thought the only way to get the full picture was for her to be an actress. It was the only way to tell every side.” 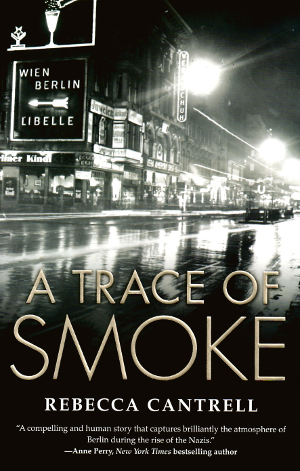 Colin lives in Glasgow and has only visited Berlin occasionally; that’s not the case with Rebecca Cantrell, author of the best-selling Hannah Vogel mystery series. The American has spent three stints in the German capital: as a teenager on a scholarship programme at the JFK high school in the 1980s; as a student of German-American studies at the Free University; and as an expat writer from 2012-2016 (she and her family recently decamped to Hawaii).

By following Hannah, we get to hear the music of Kurt Weill, see the films of Fritz Lang and don a cloche hat again!

It was her first stay in Germany that inspired 2009’s A Trace of Smoke, the first of four novels about Weimar-era crime-fighting heroine Hannah Vogel. “When I was 16, I took a trip to the Dachau concentration camp all by myself. On the wall, I saw the pink triangle that gay prisoners there had worn. My host brother in Berlin was also gay, and the thought that this would have been a death sentence for him just a few decades earlier stuck with me.” Cantrell, who wrote her master’s thesis on the persecution of gays during the Third Reich, would go on to tell the story of Hannah investigating the murder of her own homosexual brother, Ernst.

Her novels don’t skimp on the stereotypical Weimar details – “By following Hannah’s journey, we get to hear the music of Kurt Weill, see the films of Fritz Lang and don an authentic cloche hat again!” But her interest lies closer to our own political situation.

“They thought it was an opening of society, but didn’t realise it was a fragile butterfly about to be crushed. Like today: one would hope that making gay marriage legal in the U.S. was the beginning of a long series of openness and tolerance, but immediately afterwards we elect Donald Trump, who supports white supremacy advocates.”

Kutscher also cites parallels with today. “My novels are about democracy – that democracy and freedom aren’t necessarily the goal of history, as I thought for many years, that democracy is always endangered by its enemies. That was the case in 1933, and now we have to face it again.”

Robbins agrees. “What is so fascinating today is that the Weimar Republic challenges the idea that history is a continual march of progress,” he says. “Right now we are living through a second Weimar, without stopping to think that there might be a backlash. So think that it is important for both readers and writers that Weimar Berlin continues to inspire.”