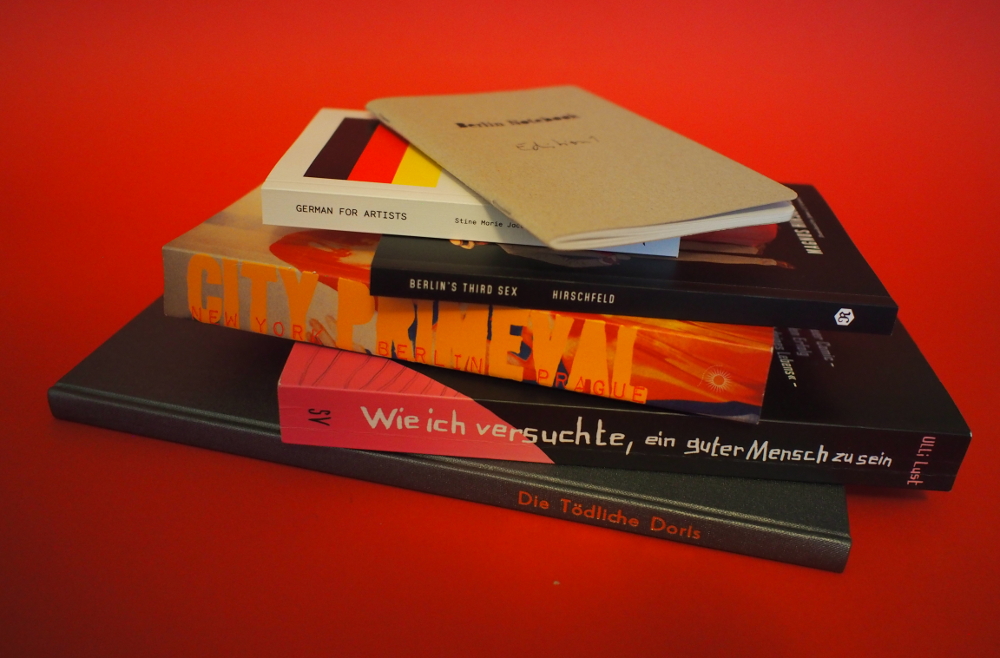 In the analogue spirit, we’ve rounded up the best new local reads for every naughty-or-nice Berliner on your Christmas gift list.

For anyone who thinks they’re edgy because they’ve been to Berghain: 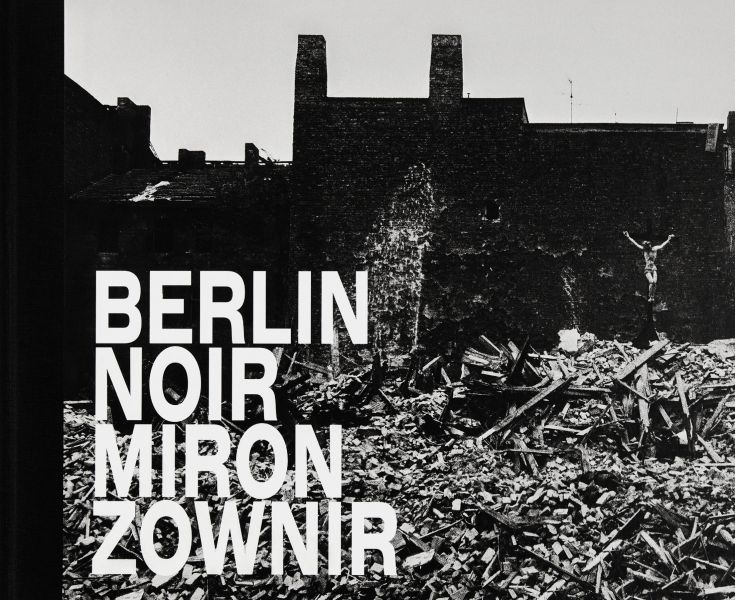 Released in March this year, this beautiful 232-page coffee table book is a hardcore tome offering a unique photographic insight into “eternal Berlin” by the veteran photographer/ filmmaker/novelist who’s called the city home for 40 years. Junkies with needles in their veins, tattooed bodies hung from butcher’s hooks at Kit Kat, desolate ruins of the old Palast der Republik, inflatable dolls, nudity, police brutality… This is no material for the faint of heart! Many photos date back from the late 1970s and the 1990s; others are more recent (the latest, of a street musician playing guitar in a bear mask in Mauerpark, is from 2015). But strangely enough, as shot through Zownir’s signature high-contrast B&W lens, they all show a city that’s retained the same raw, hedonistic beauty that made us fall in love with it. The sleaze, ruins and junkyards so dear to this tough romantic might be slowly growing extinct, but Zownir hasn’t given up on “his” Berlin. A testament to this city’s enduring dystopian beauty, by a man who’s withheld his gaze.

Eight years after the award-winning Today is the last day of the rest of your life, Exberliner’s Austrian-born, Berlin-based cartoonist for the past year Ulli Lust (check out our interview!) has released another raucously funny book that puts the “graphic” in graphic novel. How I tried to be a good person is the autobiographical tale of a penniless artist in 1990s Vienna embarking on a quest for sexual awakening. Complete with threesomes, realistic penises and orgasms, this is happy-go-lucky sex as you’ve hardly ever seen it drawn by a woman before. Through Lust’s nakedly honest drawings, we enter into a series of wholly relatable fantasies, encountering the classic dilemma of “which man?” – the secure(ish) older German Georg, or the wildly jealous Nigerian Kimata – and another, more modern one: when you’re assaulted by your African immigrant lover, how responsible is it to share your story? This and many other struggles of (wo)mankind are achingly well portrayed, from Lust’s setbacks with the Arbeitsamt to her wavering faith in herself as a lover. Men, too, will howl at laughter at Georg’s irrational worries, but it’s the female readers who will be sighing along in agreement with every panel.

For the Bukowski-loving whisky drinker who goes home with randos “for the story”: 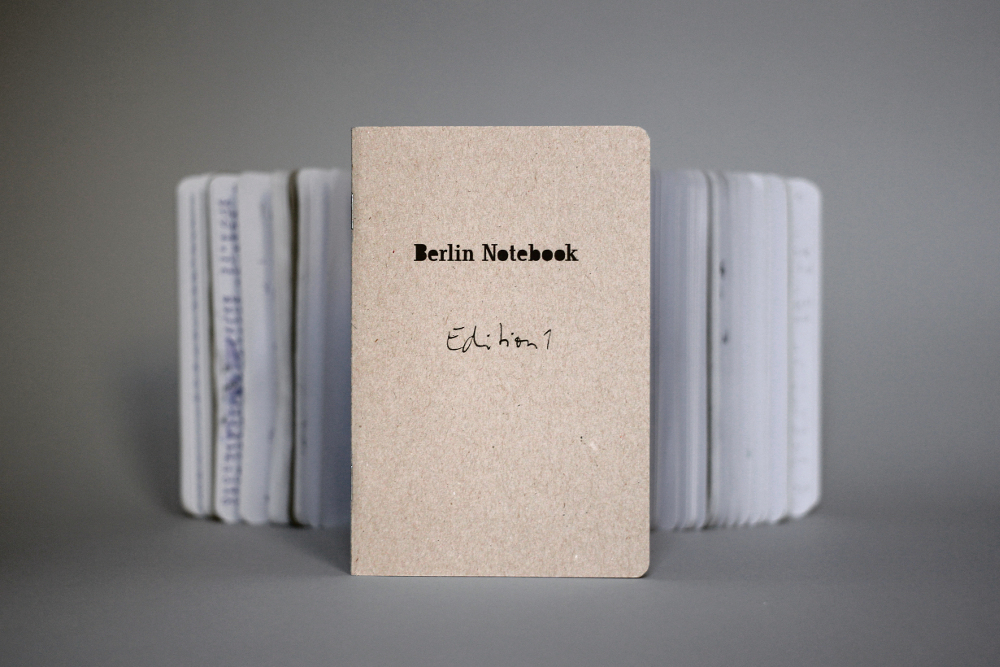 Locally printed and bound with a cover design by typographer Verena Gerlach, the original Berlin Notebook (€4.95) was released last year as a pocket-sized, 48-page blank slate for your oh-so-inspired sketches and scribblings. This new edition is a a zine-like hybrid in which empty pages are interspersed with poems and stories culled from Keith Bar’s “Whisky & Words” open mic. Who knows, the English-language musings on pubic hair, Brötchen and U-Bahn encounters might prove potent jumping-off points after a few single malts! 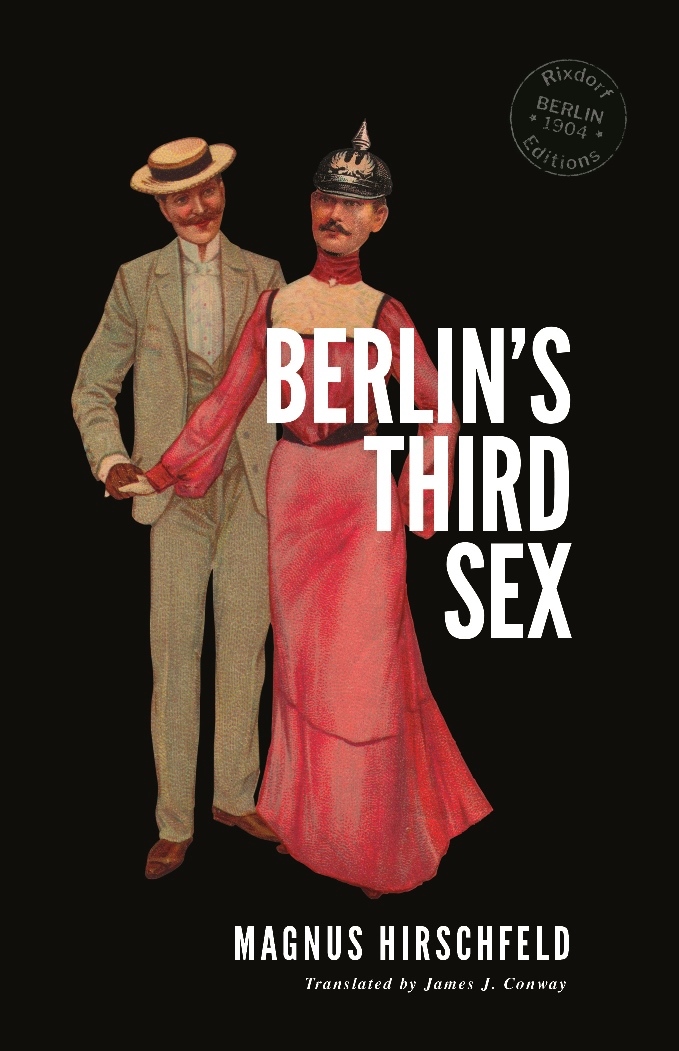 Pioneering sexologist Magnus Hirschfeld’s 1904 foray into the bars, brothels and private salons of queer Berlin is worth picking up even if only for the three pages devoted to early drag personas – who could resist “Twangy Juste”, “Anita with the Fangs” or “Minnehaha, the Smiling Waters”? Of course, it wasn’t only a gay old time back then. Same-sex relations were still illegal according to Germany’s infamous Paragraph 175, and Hirschfeld expounds on gay suicide and police violence before ending his book with a petition to abolish said law (which finally happened, 90 years later). It might not be riveting prose, but it’s a fascinating insight into the lives of “uranians” (a term Hirschfeld uses to emphasise that homosexual identity encompasses more than just gay sex) at the turn of the century, and this new English version by boutique publishing house Rixdorf Editions puts it all into context with copious footnotes and a thoughtful afterword by Australian translator James J. Conway.

For the expat who wishes they’d moved here “before everyone else”: 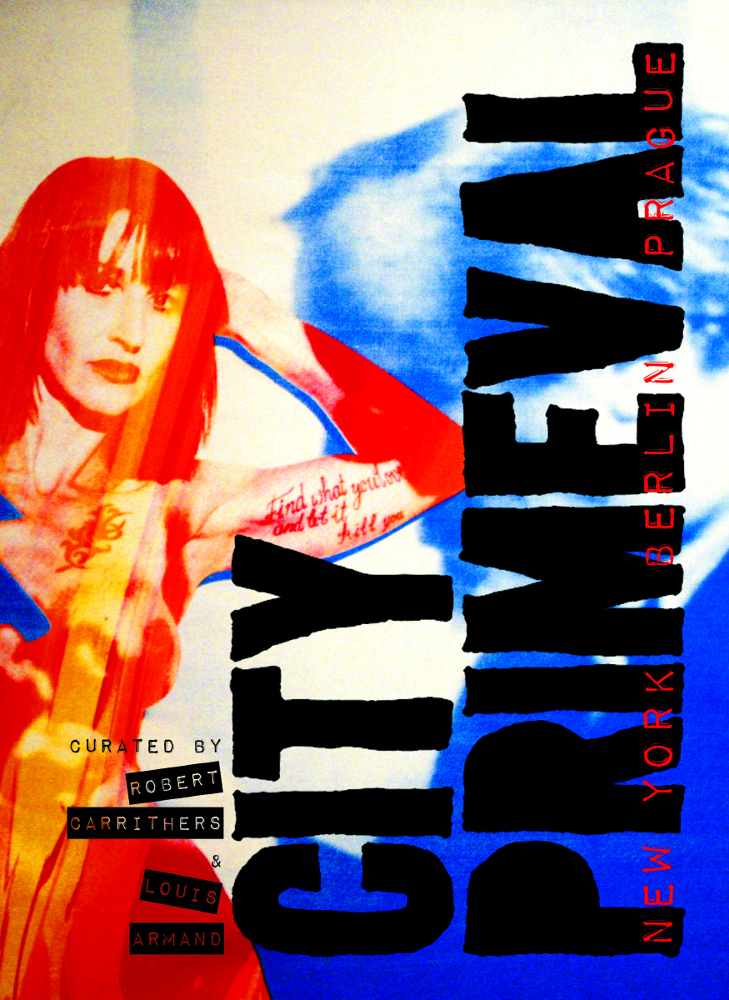 As put together by American photographer Robert Carrithers and Prague-based Australian writer Louis Armand, City Primeval is that familiar kind of self-congratulatory subculture chronicle wherein a selection of the authors’ coolest friends reminisce about being broke, doing drugs and making art. The difference is that it’s a triptych, with 170 pages of Berlin material sandwiched between chapters on New York and Prague. Familiar faces include Lydia Lunch, Mark Reeder, Steve Morell, Miron Zownir (see left), Rummelsnuff … you get the picture. But even if you won’t necessarily learn anything new about the Hauptstadt, the glossy photos and bitesized texts make City Primeval ideal for your coffee table or bathroom, and the Prague section, at least, covers some previously unexplored territory.

For the cultured punk: 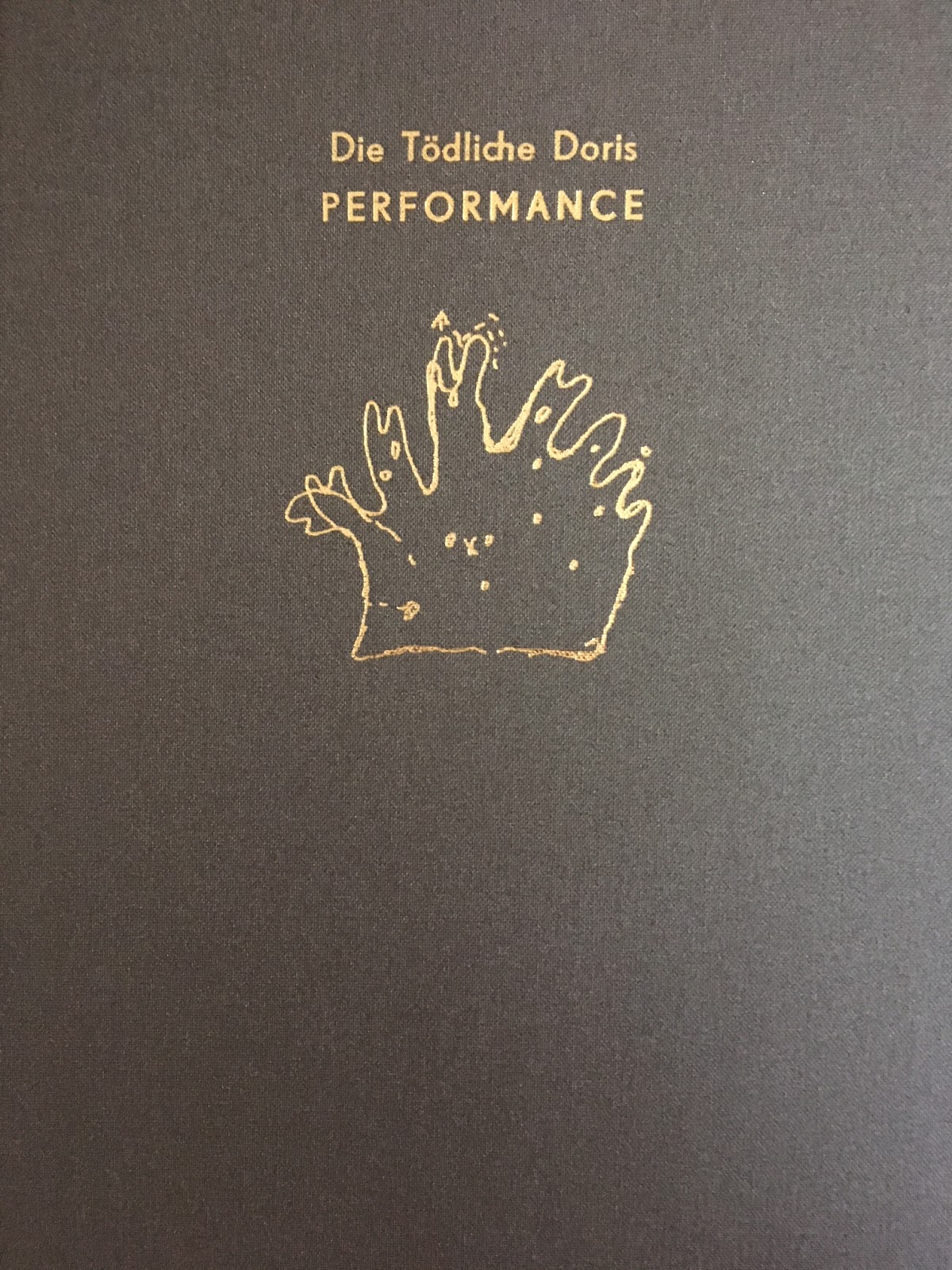 “Kavaliere!” chant German screen queen Tabea Blumenschein and musician Käthe Kruse as they sit atop a bent-over Wolfgang Müller and Nikolaus Utermöhlen in “Hommage an Alan Jones”. This is just one of the scenes from Die Tödliche Doris: Performance, the new book and DVD set chronicling the exploits of Müller’s 1980s West Berlin art-punk act. Going against the traditionally cheap aesthetics of punk paraphernalia, Müller’s 60th birthday present to himself is published on beautiful paper stock, with text in both German and English accompanying previously unpublished videos and phenomenal photos of the “ingenious dilettantes”. Plus, each of the 100 copies in print comes with an original piece of Müller artwork. If you can foot the €99 bill, nothing will prove your commitment to Berlin subculture more than this.

For your loud arty friend whose German is embarrassing you: 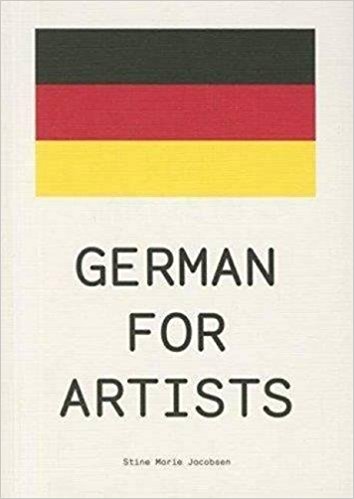 Now in its third print run, Danish artist Stine Marie Jacobsen’s tongue-in-cheek combination of German 101 and Berlin art-world bigwigs isn’t much more effective than Duolingo, but it does teach you some phrases you might actually use at exhibition openings, from “Olafur Eliasson geht durch den Raum” to “Ich möchte eine Weißweinschorle.” The names haven’t been updated since the 174-page guide first came out in 2015, so you won’t be able to talk about Anne Imhof or what’s been happening at KW since Ellen Blumenstein left. At least Omer Fast (“Omer Fast ist schnell”) and Tino Sehgal (“Neben dem Tino Sehgal liegt ein Mann, der Ed Boros heisst”) are still relevant, for now…