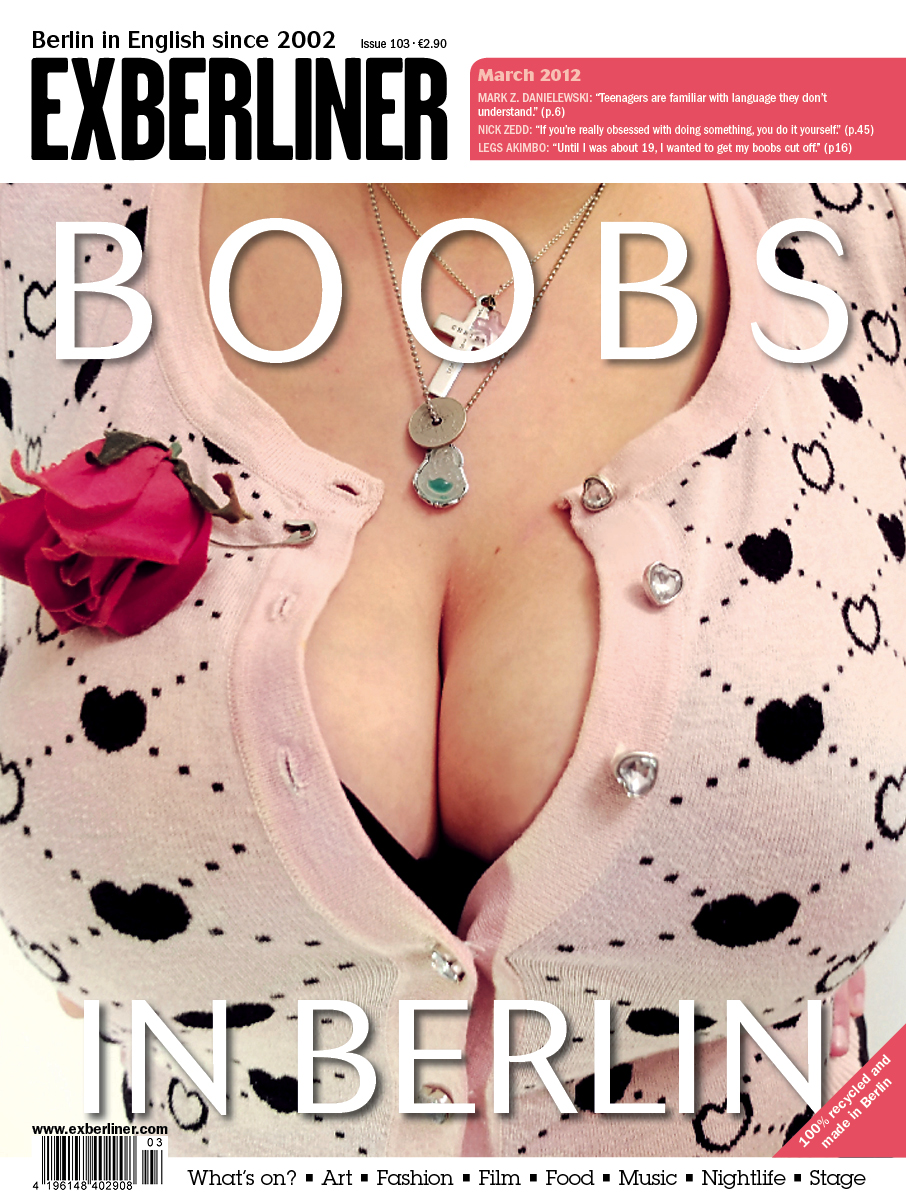 The March 2012 magazine is out now. And it’s all about BOOBS!

THE BOOBS SPECIAL! In this titillating issue, Exberliner reveals everything you’ve ever wanted to know about breasts with a cover you’ll be afraid to be seen with in the U-Bahn.

BOOB JOBS: Whether it’s as a boob-sculpting surgeon or a lactating escort, plenty of Berliners are finding ways of using breasts to make a living.

QUIZ: Who says you can’t judge someone by their cup size? Find out what your breasts say about you.

THE COST OF CHEAP SILICON: Since the eruption of the PIP breast implant scandal in 2010, hundreds of women across Europe have been treated for cancer. Exberliner follows the story to Berlin.

HUMAN MILK BANKS: After the fall of the Berlin Wall, the Milchbanken that flourished in the GDR were closed during the rise of baby formula and economisation of medicine. But one milk bank in Potsdam has survived.

BEST OF BERLIN: A Jewish girls’ school turned cultural hot-spot, plaster-casting your breasts, dancing lessons in Schönhauser Alle, and how to solve a problem like Club Maria?

You can order the March Issue by clicking here! Or subscribe now and get a free €15 restaurant voucher!