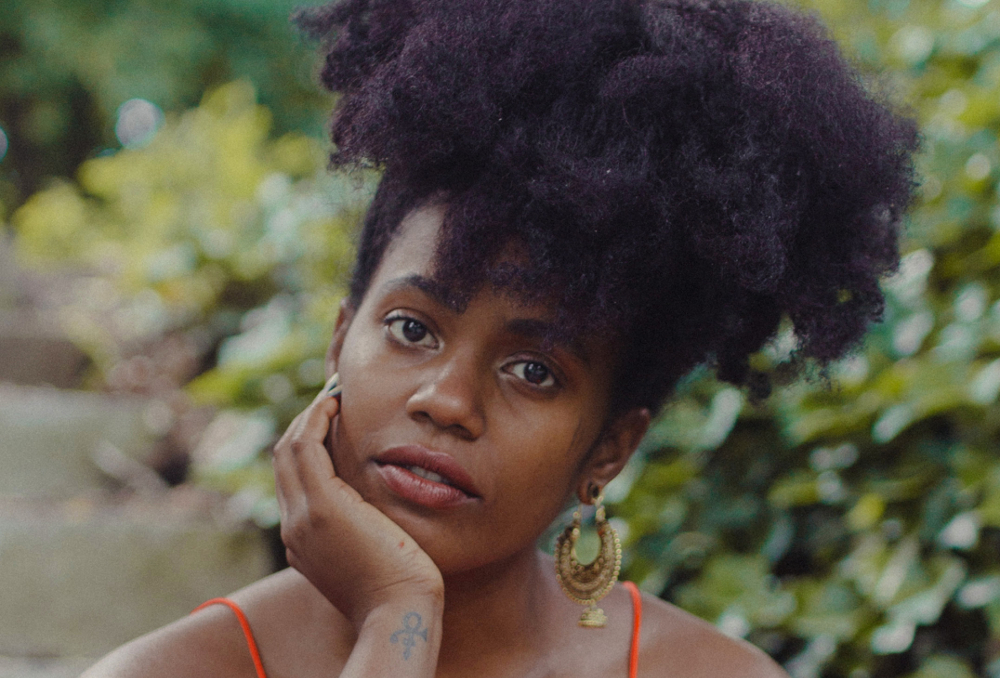 Nigerian author and video artist Akwaeke Emezi freshly landed on the literary scene with her debut autobiography Freshwater this year. We spoke to her widely celebrated book, which tells the tale of young Nigerian girl Ada and her fractured consciousness to explore multiple identities, her writing process and the angst of ’embodiment’.

Do you have a first memory of writing?

What are you reading?

Interestingly I don’t read contemporary literary fiction now. It’s not my favorite genre. I still read mostly speculative fiction, fantasy and sci-fi. It’s awkward because I write contemporary literary fiction so people are always asking me what I’m reading. I’m always like, science fiction writers. I think speculative fiction does a lot more work when it comes to building worlds – that was why I started reading in the first place, to escape.

You’re also a video artist, does the visual nature of it shape your writing?

The writing informed the video practice. I was writing a lot of short stories at the time and I wanted to see if I could control the reader’s visuals instead of people imagining what the short story looked like. What would happen if I made this into a short film? As it turned out, I hate making film! I already know how to create narrative in text so I didn’t want to go all the way and learn filmic lnaguage as well. It’s much harder for me, more labor intensive. It takes more capital, more software, more people. I’m like, I could just write a book!

I pulled a lot from archive, mostly because I have a lot of memory gaps. I interviewed my parents about my childhood. My mother was very helpful while my father wasn’t. I asked him what he remembered from my childhood and he said, you were loud and you read a lot. He went to law school at the time and I asked him what he remembered about that and was so insulted because he replied like: “Ah yes, it was December 25, 1965, it was snowing, I could hear the crunch of the ice as we stepped off the plane…” I was like, “Oh you remember that much detail of 1965, but not my childhood at all?” I think people pay more attention to stories in which they are the protagonist.

Freshwater is a kaleidoscopic experience; it cracks open singular identity. How did you come up with the idea to write a protagonist who is not a singular character but one that is multiple things and voices at once?

I get asked that a lot. Honestly, it’s an autobiographical novel. It was based on a lived experience. A lot of it was just what I already knew to be true. One of my friend’s favourite chapters are the ones in which the selves are arguing with each other inside a marble room. She was talking to me about that and I was like, oh those are just journal entries from 10 years ago that I copied and pasted and then edited. I already had an archive.

Where did this drive come from to write a book where the protagonist is not one cohesive identity but multiple?

When people ask that, there’s an assumption that I’m coming from one place and that in order to write Freshwater I’m having to imagine being somewhere else. To me, that’s foreign. I’m already in that place. That place is my center. There’s nothing really that inspires it. I’m not having to take a step in order to write it. Before I started writing Freshwater I knew I was going to have to adjust in a certain way to write the book but the adjustment wasn’t taking a step outside myself. It was taking a step into myself and admitting that this multiplicity was something I could talk about with other people.

You’ve explained that the protagonist’s main problem in Freshwater is embodiment, or having to live inside a body.

It’s the most honest way that I could put it because most people are used to talking about things on a different layer. Like, ‘Oh I’m dealing with this particular aspect of life or this other thing’. But for the protagonist in Freshwater all those things are not primary. They’re secondary. The primary problem is that she’s embodied. If she didn’t have a body most of these things wouldn’t be happening in the first place. It’s another layer of existential angst, essentially. I didn’t ask for this, I didn’t sign up for this, why am I even having this experience in the first place? I think a lot of people can relate to it. You didn’t have a choice about being alive. Someone else decided to make you. Now you’re here, and now you’re stuck with it.