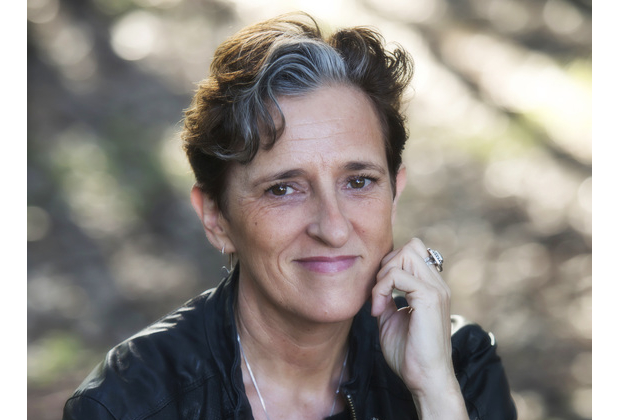 Author of the 2016 Stella Prize-winning The Natural Way of Things, Sydney-based Charlotte Wood has been described as one of Australia’s most “original and provocative” authors. Wood is a PhD graduate from the University of New South Wales and recently completed sitting as last year’s Writer in Residence at the University of Sydney, during which time she had her collection of interviews with fellow Australian authors The Writer’s Room: Conversations About Writing published and has worked with the university to give a literary response to the subject of ageing. She will speak about her last novel on the September 13 at 6pm at Berliner Festspiele.

More vivid is my first memory of reading. I was five, kneeling on the living room carpet, desperate and willing, focusing with all my power on the assembled letters on the page before me. Then I saw it: the. I understood! It was like stepping through a hole in the universe. I recognised right away the magnitude of the moment, and I knew in my little five-year-old heart that my world had changed forever. This was it – after all the waiting and straining, this moment would finally open up the world for me.

Where – in my shabby but comfortable studio above a shed in inner Sydney, Australia. It’s small enough and high enough to qualify as a garret.

When – in seasons and tides, sometimes very intensely for eight hours a day, sometimes for a couple of hours at a time. In first draft, the words matter more than the hours: 1000 a day.

Why – to discover and understand what I think. To make sense of the world and my place in it.

How do you get started – with the first sentence, a character, an anecdote, with a coffee or other substances?

I cannot start any morning without three coffees first. Then I begin by beginning – step into the river, anywhere, and start swimming.

“It’s like digesting a living creature, one with claws still intact.” / “Like the young heroines of this novel, Charlotte Wood has become a hunter-gatherer, turning a little bit feral.” I don’t know which is which, but I love both.

Maybe all books are political, like it or not. Moral certainty might be the most dangerous quality, in a writer or anyone else. If you’re going to write a political book you must also be ready to attack your own cause.

Far too many to mention. Usually any book that’s not my own.

The Book of Strange New Things by Michel Faber.

“Would you like to stay as our guest in Berlin for the whole year?”