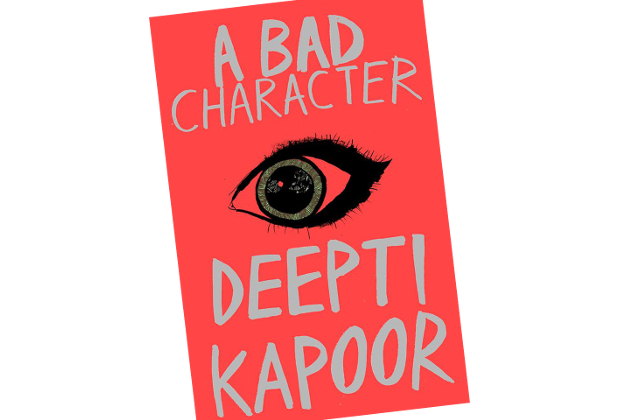 Indian writer and journalist Deepti Kapoor opens up to readers what she believes to be the “real” India in debut novel A Bad Character. Kapoor is all about breaking with tradition and undermining convention, and challenging what it means to be an Indian woman. It is this subject that Kapoor has been focusing on in her recent contribution to the anthology “Walking Towards Ourselves: Indian Women Tell Their Stories,” exploring female desire in a conformist society. She reads from her debut novel on Monday, September 12, 9pm at Haus der Berliner Festspiele.

Anyone looking to be improved, or looking for a message, or to learn something. There’s no improvement, there’s no message, there’s nothing to learn. Also, if you like spices and mangos and saris and want India to be lush. Or if you want someone to root for and need your characters to be likeable. None of the above apply.

Least favourite praise: that my novel was the “ultimate portrayal of middle-class Indian life”. A crazy suggestion.

Favourite criticism: it’s a book about people who have lost their values and their culture. My great-aunt said this – and not in a way that was meant to be kind. But what she said is very true.

Describe the genesis your books. How do you get started?

Never with the last sentence. Never with the first sentence. Usually with an idea that has been swirling around subconsciously for some time, around whatever interest I have, or with an image, a scene, a person, some vague spark, until there’s a moment when it appears as the idea for a novel, seems viable or desirable, and then it can be intellectualized somewhat, politics can come into it and an argument can be built around it, though usually that comes later. Once it takes hold it’s hard to shake, though it may never be written. I think there are six novels floating in my head at the moment, maybe three will be written, who knows, maybe none, but they’re there.

I can’t answer that.

At a desk. The desk has to keep moving around the flat. Right now it’s monsoon season and the desk is at a window looking over the tiled roof next door. Our cat likes to sit and watch the outside, and she’s good writing company. One day I want an office within walking distance of home, in a city of cobblestones and cafés and good cheap wine, a small room with nothing but a desk and a window and good natural light, preferably on a floor high enough to see all the rooftops. I want to leave home every morning as if I’m going to work, and come home at five or six and drink wine. For now it’s a jungle village with dogs and monkeys and gin and tonic.

Early morning, between 4 and 9am, unless it’s monsoon season and raining all day. Then throughout the day, so long as there are no interruptions like the various religious festivals that require neighbours to set up loudspeakers. The sound of the rain is the best aid for writing. Torrential rain and 25 degrees Celsius seems to be the ideal. The internet cable recently died in my village, and my iPhone broke, so I had no contact with the outside for about 10 days, and I found I could write all day whatever the weather, so…

No internet. The death of all smartphones. I also need regular exercise. A good two hour yoga session mid-morning to clear the head. Music without lyrics. Max Richter’s eight-hour Sleep album. Or else the five-hour NASA Voyager recordings from deep space. Or else my digital tanpura, this box designed to accompany the practice of classical singers and tabla players, which lets out a continuous drone. I used to think I needed coffee, but now I realise it I don’t.

Having to explain your work.

Richer though not happier.

All words have their place, it’s all context. But I hate the word “piecemeal”. And “Namaste”. I’m sick of hearing it.

A Confederacy of Dunces.