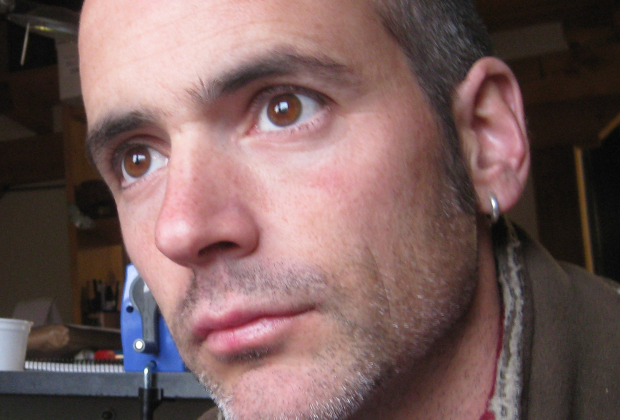 Graphic novelist Javier de Isusi has had a successful publishing career in his native Spain, having already published eight graphic novels. De Isusi first came into contact with comics at a young age, being inspired by titles such as Asterix and Blueberry, but it was only after a stint studying Architecture in San Sebastian and Lisbon that he realised his vocation as a graphic novelist whilst traveling through South America. Catch him speak about his first German translation, Ich habe Wale gesehen (He visto ballenas), alongside Syrian graphic novelist Hamid Sulaiman on September 10 as part of the festival’s Graphic Novel Day. 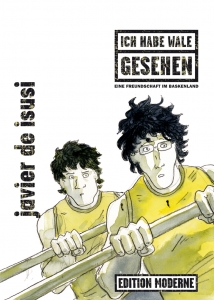 My first book took to me a whole year to finish. I was seven years old, and the book had 24 pages with illustrations that included a structural detail of a house. The story was the strange relationship between an ogre and a mouse. It’s easy to see the influence of Tom & Jerry and Oscar Wilde in it. I still have it.

Where: in my study.

Why: because I really need it. I have more stories in my head that want to get out than time to write them.

How do you get started: with the first sentence, a character, an anecdote, with coffee or other substances?

Substances? Well, it’s true that I used to eat corn nuts when I wrote.

Each book is different but they usually start with something that is related to my life. My first published series is based on my travels in South America; the book that I’m presenting here in Berlin, He visto ballenas, began with a chat with my brother: he told me a true story that really touched me. I thought that we need these kind of stories and, as I am a story-teller, I asked myself: why not tell it myself?

The worst praise of my work was with He visto ballenas: a well-meaning critic once wrote that it was very easy to tell who the good ones and bad ones were. But that’s a very stupid observation – the book doesn’t really talk about that.

If we talk about politics in the ancient Greek sense – the matters that concern the Polis or town – it’s impossible to hide the connection between books and politics. Human beings are political animals, everything we do is politics. And books reflect, in a way, the political reality and environment of the author.

Even escapist fantasy books like The Lord of the Rings are very political. What to do with that? Must we use it to become activists? From my point of view, the only answer is  authenticity, to try always to speak from the inner truth. I think that activism is absolutely necessary in our society but, if we talk about books, the only activism that can change something is the most humble of activism, an activism that doesn’t have a prewritten message, but one that emerges from inside. A posed activism is absolutely nothing.

Cush from Hugo Pratt. Cush is Corto Maltese’s Ethiopian friend. He was even more cool, mysterious and elegant than Corto Maltese but he had none of his cynicism, nor the need to always pose.

Hicksville, a graphic novel by the New Zealander Dylan Horrocks.

“What are you looking at? I’m not here.”

“Tell us something special that writing books has given to your life”, and I would answer: my wife and children.

I will say two: the Altes Museum and the film Cabaret.