British writer Tim Parks moved to Italy in 1981 to live in Verona with his then wife not knowing a word of Italian. A graduate of both Cambridge and Harvard, he largely taught himself the language through studying Italian literature and today remains a chief translator at the University Institute for Modern Languages in Milan. He is perhaps held in highest regard for his work in translation, both as a teacher and an essayist on the subject, but has also had an illustrious career as an author. His debut 1985 novel Tongues of Flame focuses on his fiercely religious upbringing and was nominated for several awards, while his 1997 Europa received a Booker Prize nomination. Parks will read from his most recent and largely autobiographical novel Thomas and Mary: A Love Story, detailing the crumbling of a 30-year marriage, on September 14, 7:30pm at Berliner Festspiele. 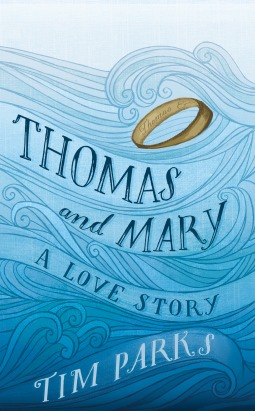 I remember at school working hard with a nib pen and ink to make the letters fit inside the line the way teacher taught us. And I remember at university the excitement of sitting down alone in my room with an exercise book and a biro and starting to write fiction for the first time. There was a feeling of risk, of secrecy and agency. Nothing came of it.

Usually at home, usually in the morning. Why? Who knows? To arrive at some version of the world that makes sense? To tell the truth which no one else is telling? To take revenge? To say things to loved ones that I can’t tell them straight? To become famous? To make a little money? Some combination of the above…

How do you get started (with the first sentence, a character, an anecdote, with a coffee or other substances)?

The first sentence is crucial. It comes suddenly after long reflection, and almost never when sitting at a desk. I never start without it. Coffee is only important as a milestone to tell you you’re half way through the morning.

I have spent most of my life struggling to become emotionally immune to criticism, whether positive or negative. It doesn’t help to be excited that someone praised you or depressed that someone trashed you. So I’m not going to start digging out examples of past delirium now.

There are a thousand possible connections. The worst is the most common. The writer takes up a cause because he or she knows that it will be seen sympathetically by the readers. At least half of contemporary literature is constructed around this dismal recipe.

Maggie Tulliver in [George Eliot’s] The Mill on the Floss, for her mad love of life, boundless affection for others, and utter confusion in the face of life’s impossible choices.

No, this is a game I will not play. When I go, it will be up to my loved ones to remember me as they will.

Honestly, I’m always glad when the questions end. I can’t imagine wishing for one that isn’t there.

Airships. God knows why. I mean, I’ve never seen an airship in Berlin. But the word somehow conjures up a foggy airfield and an airship rising in the early morning.