Since coming into fame with his first collection of short stories The Quantity Theory of Insanity in 1991, English writer Will Self has published 11 novels and five more short story collections. He additionally contributes regularly to The Guardian, Observer and New Statesman. His most recent major project is a a stream-of-consciousness trilogy of novels about psychiatrist Zack Busner – after Umbrella (2012, shortlisted for the Booker prize) and Shark (2014), its conclusion Phone was published in 2017 to critical acclaim. Told entirely without paragraph breaks, Self takes the reader into the crumbling mind of Busner, disowned by his family and wandering aimlessly while an insistent phone keeps ringing.

Ahead of his reading(s) at the International Literature Festival Berlin on the September 6 (and as a taste of our upcoming coverage – stay tuned), Self talks LSD, the eeriness of Grindr and the psychotic nature of Berlin’s urban spaces. 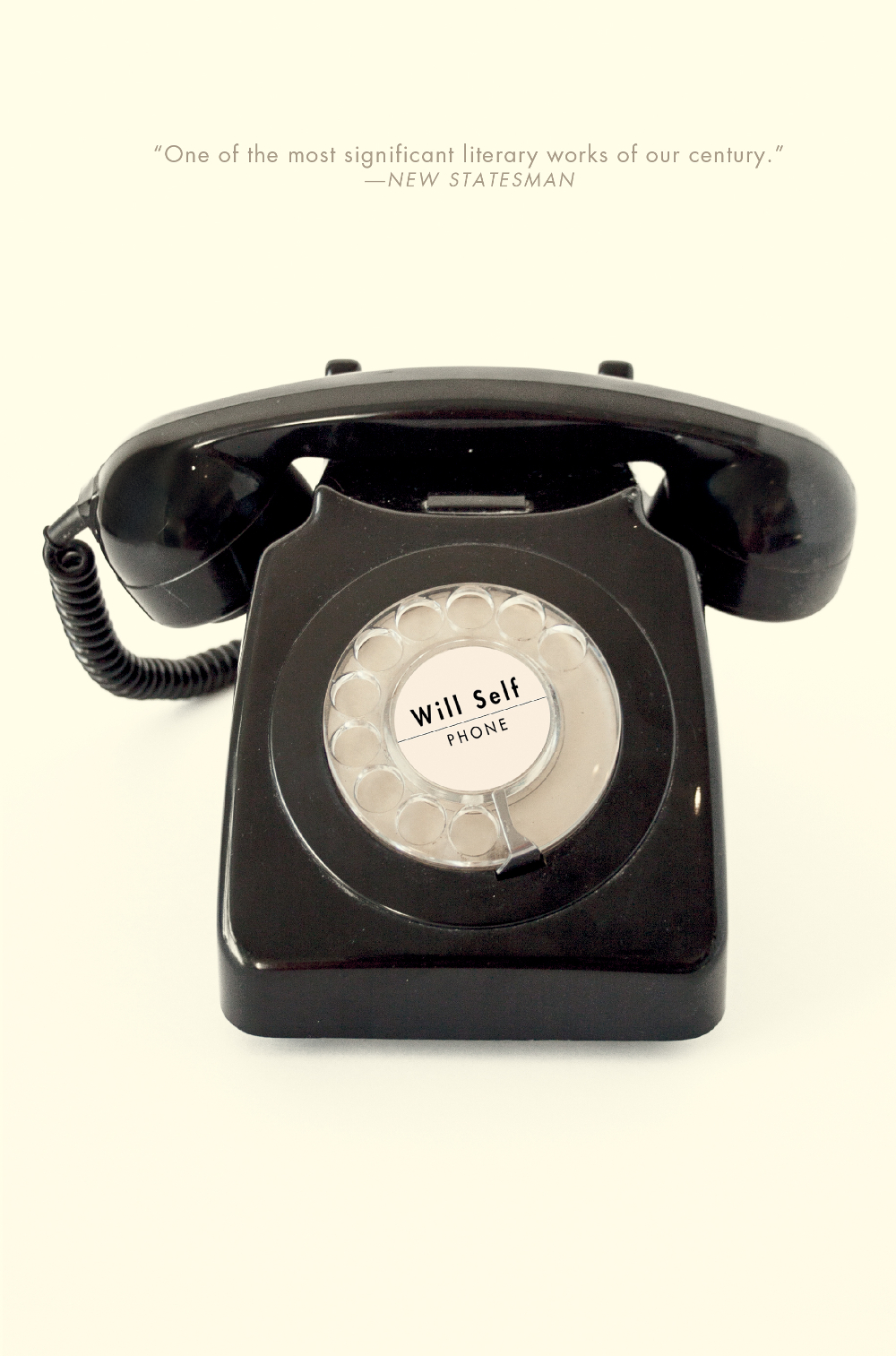 You recently said the novel is “dying out”. So why do you keep writing them?

The novel is my way of viewing the world and the art form I’ve educated myself in. When ideas come to me, they usually say “I’m a piece of extended prose fiction”. They don’t say: “I’m a graphic novel or a fucking sex toy”.

Your protagonist in Phone is a septuagenarian ex-psychiatrist suffering from dementia. Words start to lose meaning for him, they become raw material in a way. How much do you hold on to meaning yourself?

I agree, there is a tension. Language is an element the text exists in. But the meanings of what I write are very precise. I am certainly not just putting words on the page. When you listen to the nonsense people talk in conversations, it’s mostly “What”, “Yeah”, “Okay”, “Really?”, “Oh!” It’s extraordinary if you capture that kind of factual language and at the same time mean something.

It’s scary to see the world dissolve during dementia. Is this novel in a sense you living out your worst fear through a character?

My mother died of cancer at 65 and my father died at 79. One of the problems we all have with death is a lack of imagination. We often can’t think past our own parents and the people close to us. Dementia isn’t something I’ve personally witnessed and I wonder if I could have written it if I did because it’s so frightening. Maybe I write about it precisely because I don’t fear it.

What is your opinion on social media? Are you a media pessimist? Are you addicted to your phone?

I’m addicted to my phone, but I mostly use it as a text-machine, to send out messages or emails. I also downloaded Kindle on my phone, so I read books on my phone, too. Sometimes I’ll get somebody to send a tweet out but I’ve never been on social media sites in my life. When they came out, I was already quite well known in England and had problems with person-to-person media such as emails or letters. One had less correspondence, not more. It amazes me that people from your generation and the younger aren’t crazier than you seem, the way you commodify yourself. I am wary when one identifies too much with one’s body and identity turns into a virtual data stream.

At some point you ask yourself – what is more real: your actual identity or your social media persona?

People do have different kinds of identities in social media and some are pathologically affected by it. Identity turns into a meme and social media perpetuates the alienation of the individual. You don’t have to be a social conservative to find something weird about Tinder or Grindr! I come from the 1960s generation, so it’s not the idea that people could have happy and promiscuous sexual lives. It’s the necessary commodification of it that’s disturbing to me.

Has that virtualization affected your readership in any way?

That has changed for me enormously. In the 1990s I was selling 100,000 copies a year. My books are now selling a fraction of that. I don’t think people are reading long-form fiction as much as they were and when they are, it tends to be in flash crowds. There is a mini-bestseller phenomenon, one book which doesn’t necessarily lead to a greater familiarity with the literature around it. But in the last ten years, I’ve started writing books which are more difficult for people and that cost me some involvement.

There will be a dedicated panel on drugs at the ILB. Do you see a future scenario where drugs will be fully legalized and regulated?

Marijuana was legalized only because it’s a drug that societies have learned to live with for generations. But it’s difficult to imagine a cocaine culture. Not only is the compound very strong and dangerous, it also fuels criminality throughout the Americas and criminal enterprises that supply Europe with heroin.

Do drugs reveal anything about the structure of the human mind or our personality?

No. Human feeling is so mercurial. Drug cultures don’t reveal anything other than the meaning of that particular encounter. There is a famous story about Richard Alpert working with Timothy Leary on psychedelic drugs. Alpert took a jar of LSD to India and met a sadhu, an Indian holy man, who took a huge dose of it and then carried on as if nothing ever happened. Perplexed, Alpert asked whether it’s not affecting the sadhu in any way and was told: “It does, but I am like that all the time!”

I read that you are currently preparing a course on female authors. Who are your favourite female writers?

I’d mention Patricia Highsmith, her book Edith’s Diary is a masterpiece. Another great novel is Joan Didion’s Play it as it Lays, a satire on Hollywood. Rebecca Solnit – a great thinker and writer. But generally, I like to think of myself as gender-blind. I gave up reading as a personal project a long time ago – I’m under no obligation to read anything!

Does the #metoo movement go too far? Some people liken it to a witch hunt…

All human sexual relations are problematic and they always involve power dynamics. The question of whether there is a witch hunt is not as important as what goes on in the political and economic sphere. Can we dismantle patriarchy without dismantling everything? Should we positively discriminate until we have a 50/50 ratio? That can only be answered in praxis. I oppose the argument that by altering the culture that you would get a shift in the political reality. Yet I think it ill behooves middle-aged white men to attempt to direct what’s going on at all.

I know you have been to Berlin multiple times, even though it’s your first time at the ILB. What do you think about Berlin as a hybrid urban space?

I’ve done a couple of long walks in Berlin, one east to west and one southeast to northwest, following the old route of the Wall. I’ve always thought Berlin was the city most obviously encrypted with its own history out of all the great Western cities. It looks like the capital of a great Western European country, where the regime went insane, embarked on a World War and was destroyed by the Russians.

Does Berlin look schizophrenic or psychotic?

It did until about five or 10 years ago. Now, Unter den Linden is being filled in, the remains of the East Side Gallery are being compartmentalized, equalization of property values between East and West. It’s over, man. Within another 10 years it’ll be nowheresville.

You said your writing got more complex over the years. Do you write for a reader in mind? Do you worry about not reaching some of them?

I can’t think about the possible reader. It would be like being a social snob, as if only associated with one kind of person. Obviously, you want to assume your book can be picked up by anybody. I don’t want to neglect that possibility. You want to meet a reader half-way, so you ask them to bring a lot to the text. But people cannot stay within texts anymore. I have been teaching James Joyce’s Ulysses regularly in the past four to five years. If you want to read a book like that, you have to turn off social media, and allow the text to contain you. You have to wrestle your own way through its jungle. You couldn’t just walk a bit of the way and suddenly find yourself in Tokyo, with street signs, be out there for a while, and then back to the jungle!