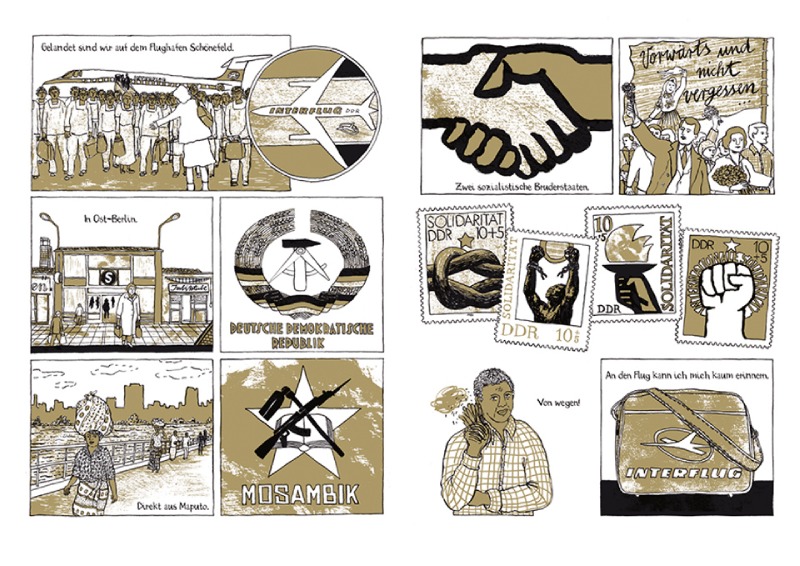 When it comes to multiculturalism and post-migrant identity in Germany, the stereotypes have long been fixed: diversity in the West, homogeneous whiteness in the East. But this simplistic picture is beginning to change, as readers grow increasingly interested in eastern narratives about race and migration, both under the Communists and after the Wende. The DDR was, after all, home to thousands of guest workers from ‘brotherlands’ like North Vietnam, Mozambique and Angola, in addition to students and labourers from other Warsaw Pact states.

This month, V&Q Books has released Katy Derbyshire’s translation of the prizewinning Madgermanes by Birgit Weyhe, a beautiful and heart-breaking graphic novel. Its subject is the 20,000 Mozambican guest workers who were brought to the DDR with the promise of opportunity, given boring manual jobs and strictly instructed not to integrate with the locals. Outrageously, the Madgermanes also had a significant cut of their wages withheld – this money was promised to them on return to Mozambique, but it never materialised.

Most Madgermanes did go back – one of the most moving parts of Weyhe’s book depicts former guest workers living in Mozambique but still listening to German radio, showing off DDR railway tickets, or practising their German on anyone who’ll let them. Yet a number of them stayed on after reunification. 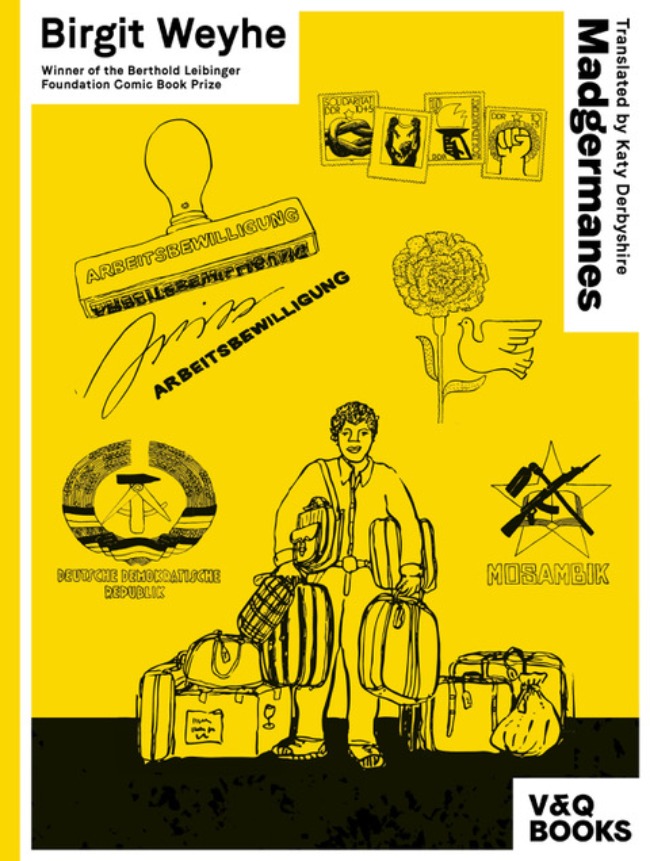 So did many people from (North) Vietnam, the most visible migrant demographic in the East. One literary chronicler of the Vietnam-DDR connection is Berlin-based chemist/author Dang Lanh Hoang, who has published extensively about his memories of the Mauerfall – occasionally interweaving his experiences of division and reunification in Vietnam, Germany and Cyprus. Berlin is also home to Pham Thi Hoai, an author and translator who lived in East Berlin from 1977 to 1983 then moved here again in 2000. Her fictional treatments of life in Vietnam – particularly her novel Thien su (‘The Crystal Messenger’), which was banned – have been eagerly received in German translation. A younger generation is represented by figures like Leipzig-based journalist and slam poet Nhi Le, an energetic advocate for the diversity of eastern experiences.

Hopefully diverse stories from the East will keep being published, and keep being translated. Without them, we can only ever have an incomplete understanding of race and identity in post-Wall Germany.