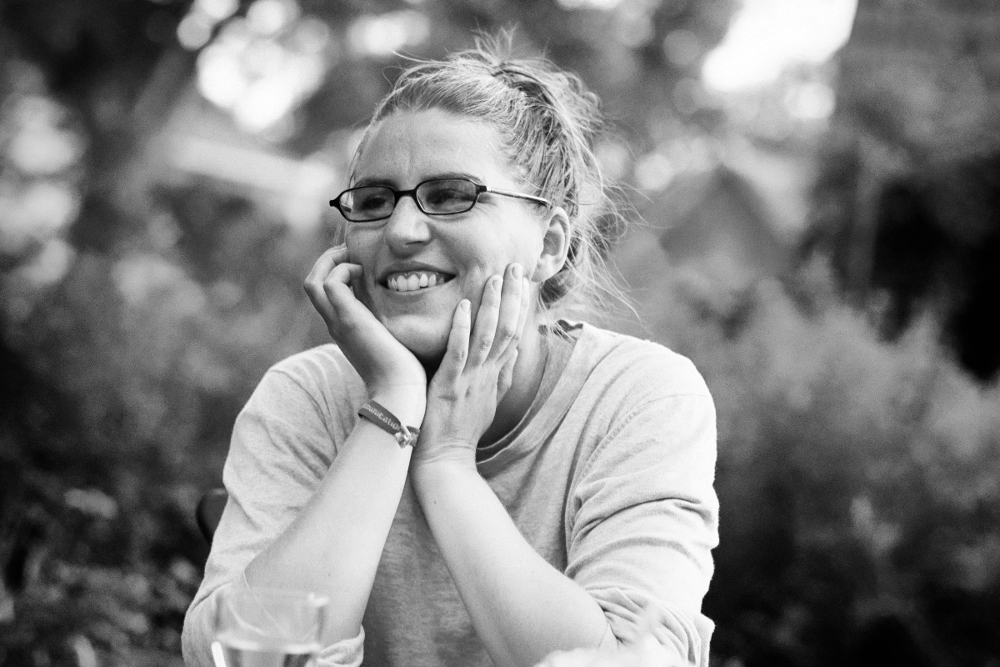 Will AI be taking over and will we still have political agency when our world is completely saturated with AI? Online digital culture mag Berliner Gazette is tackling these questions at its annual conference, this year called “Ambient Revolts” (Nov 8-10 at ZK/U). Founded in 1999, Berliner Gazette has been tackling heady topics for nearly two decades. As the conference kicks off, we talked to one of the minds behind the Gazette, editor-in-chief and author of Disruption des Journalismus Magdalena Taube, to find out what’s so important about their brand of work.

When did you get involved with Berliner Gazette?

I’m from the Neuer Bundesland, former East Germany. But I came to Berlin 15 years ago. Even before moving to Berlin I was involved at Berliner Gazette, which is a non-mainstream online medium focusing on culture, digital politics and internet in general.

Why were you initially attracted to Berliner Gazette and journalism in general?

I was really excited about the topics Berliner Gazette was covering. I think what was most interesting back then, was how free everything was in online publishing. There was no fear of trolling, hate speech or the urgent need to write something that goes viral. To me Berliner Gazette was a wonderful open room with lots of experimental texts, journalistic ones but also more poetic ones. Working in the online field back in 2002 and 2003 was still kind of new, and it was also the time of the dot-com crash. It was the first time we really felt all the changes this could bring for journalism in general. From that moment on I knew I wanted to be a journalist and I tried out print and other styles, but digital was really for me. I really liked this work mode, everything important happened in print back before 2002, and TV was so popular. So, there were so many opportunities in digital and we were able to create this space for us on the web and communicate with others.

What has your career as a journalist looked like at the Berliner Gazette?

I started as a reporter and an editor back in 2002. One of my first texts for the Berliner Gazette was about our last trip as a school class. I wrote it like a diary, very open, very funny. We were a bunch of 18-year-old kids from Brandenburg who went skiing in the Czech Republic. It was hilarious. Online you could publish this sort of thing. I also really liked working with texts from other people… not every journalist enjoys that, but I really did. We worked with a lot with young people and non-professional writers, so there is a lot of space to work and engage with people and I really like that. Then in 2009 I became editor-in-chief. I’ve met a lot of interesting people through my work with the Gazette. We are a team and many people from the founding days are still on board, people like Krystian Woznicki, Florian Kosak or Anne Schreiber. I can see how we all have changed in the last 16 years, how our topics have changed and how the conditions that we live in have changed.

Tell us about the annual conferences – this year’s is Ambient Revolts. How has the event changed over the 18 years since the first one?

It has changed a lot over nearly two decades. It wasn’t as political as it is nowadays. Berlin was different to us back then, the conference started off as a fancy annual gala event (in 2002 it was held at NBI on Schönhauser Allée), a little bit un-serious where we pretended everything was fancy, with a red carpet and all. But we still tried to bring across the issues that were important to us. We’ve developed different formats and for the last 10 years it’s been what you now see: a three-day event, led by different speakers each night, with workshops curated by the people who come to the conference and open to anyone who wishes to join (it’s free).

Which was your favourite conference since you joined Berliner Gazette?

One of the conferences I found really amazing in the past was in 2016 called “Tacit Futures”, which discussed state borders and how they are directing and redirecting so much movement. Speaker Gayatri Spivak (Indian scholar, literary theorist, feminist critic, and professor at Columbia University) was really impressive.

You also have workshops at the conferences where those who attend work together to create a theoretical project on the topic. Was there one that stood out for you?

Last year the conference discussed citizenship. A project that was created through one of the workshops that I found so interesting was called “Exship’ (instead of Citizenship). It was the idea of having digital citizenship that you can give to other people. A very utopian view of how the internet could help to overcome these boundaries that have been created with nation-state borders.