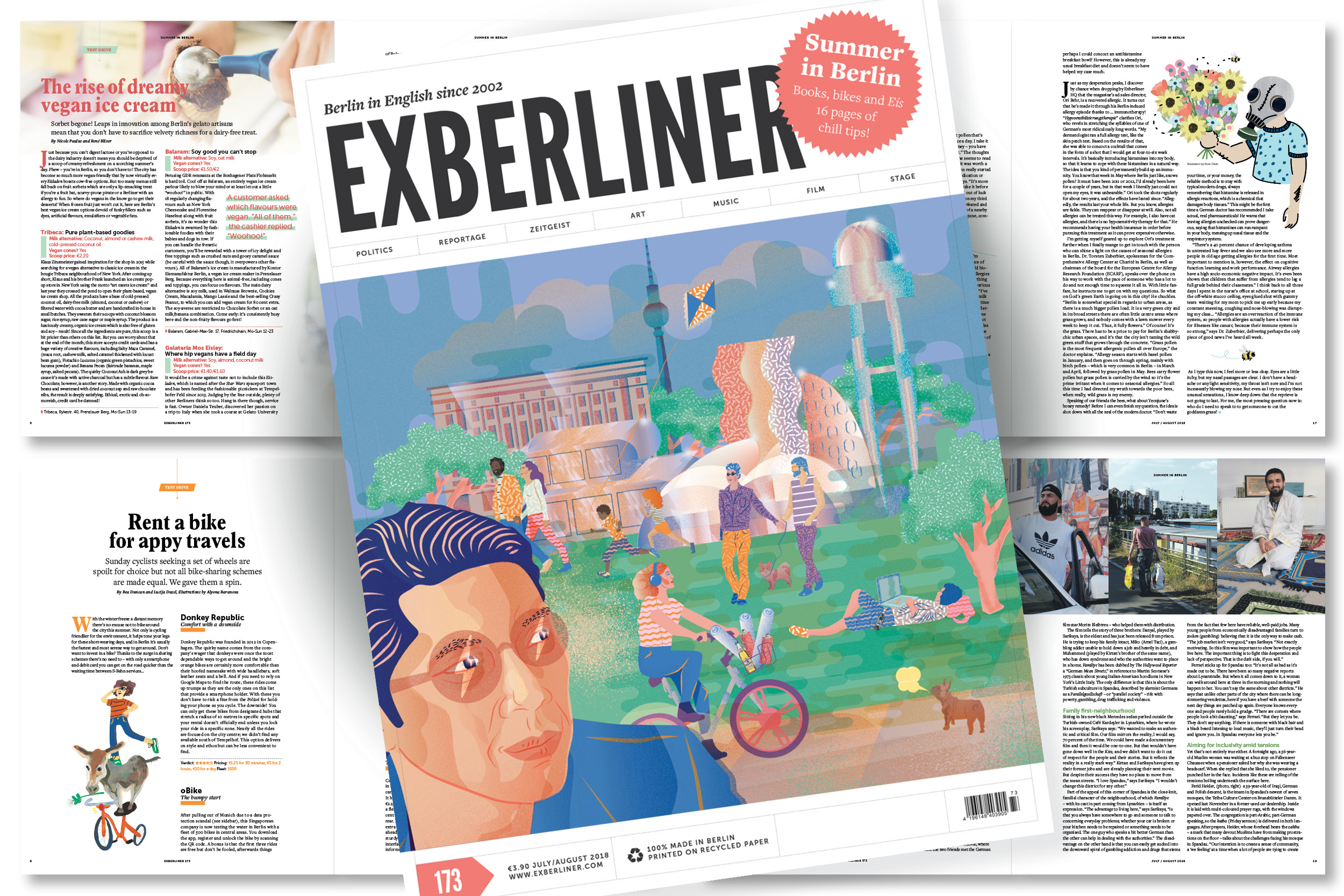 Looking to satisfy the vegan, on-the-go, bookworm in your life (even if that’s you!) over the hot Berlin summer? We’ve got you set with guides to dairy-free Eis, the best appy bikes and the best new Berlin reads. Other summer highlights include some real-talk from Spandau locals, the story behind the “Berlin lobster” and our journalist’s fight with an invisible enemy – the pollen of our beloved green city. Of course we’re also getting on the summer festicoaster, chatting to protagonists of HKWs UK-themed Wassemusik and dance festival Tanz im August. Plus: Catch up with cinema legend Jonas Mekas for his upcoming Berlin retrospective – and much, much more!

BEST OF BERLIN Berlin by app, a zine-y hangout and homegrown matcha