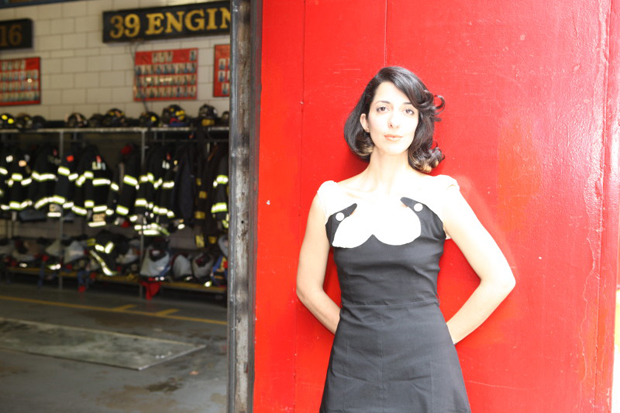 Iranian-American Porochista Khakpour, currently Picador Guest Professor at the University of Leipzig, is recognised as one of America’s best and wittiest authors this side of the noughties. Originally from Tehran, Khakpour grew up in the sleepy town of South Pasadena, California. Her debut novel, Sons and Other Flammable Objects (2007), has gone on to receive international critical acclaim. The assiduous author has been published in The New York Times, The Village Voice and The Rumpus, among others.

You write a lot about freaks and outsiders. Do you consider yourself an outsider?

I feel – for whatever reason – very comfortable as an outsider. And I’m an outsider in every sense of the word. Even in the Los Angeles Iranian diaspora, my family didn’t belong at all. We didn’t live in the sort of Tehrangeles area. I’ve always allied myself with outsiders and underdogs, and it’s somehow protected me in some way. I’ve never felt a sense of belonging anywhere.

What I really like about these crazy manic millennials, these twenty-somethings that have broken onto the scene is that they belong nowhere, they live nowhere, they almost only exist virtually. In some ways, it’s more rewarding to be an iconoclast today than when I was growing up. I had no choice but to choose being an outsider. I was freakish for many reasons – in my school, for how I looked, for how I spoke, for my family, and that just continued in every environment that I lived in. And now here I am with multiple layers of ‘outsiderness’ in Germany. Maybe that’s part of why I’ve enjoyed my time here too. I’m removed by many variables.

How do you deal with your ‘outsiderness’ in regards to your immigrant background?

I say “Iranian-American” because it’s basically what I could settle on, but it doesn’t even feel necessarily accurate either. People have all sorts of ideas about my affiliations; they think I’m a Neocon[servative], an Islamofascist – I’ve been called everything. But the truth is I have no affiliations. I’m pretty much a total loner. I’m somewhat even estranged from my own family. My only affiliation is maybe with artists and nerds [laughs].

Are you often faced with public criticism?

One thing that’s always perplexed people – talking about outsiderness – is that I don’t write from the voice of women very often. People cast me as someone who only writes about men. I have more often than not felt more comfortable writing from male points of view or male consciousness. It’s not a political statement of sorts; it’s that I grew up as a sort of tom boy with a very feminine mom and I didn’t feel a part of that. I hung out more with my dad and my brother.

In some ways, yeah. I think I’m glad I’m not that crazy anymore. I was very wild back then. I was too wild. I try to do stuff in moderation now because I did that stuff to such an extreme back then. I have it in me, but I have to keep it under control [laughs].

What were you doing before your first novel?

I had a whole other life as an arts and entertainment journalist and an investigative journalist. For a while I was a hip hop and electronic music journalist. In New York my time was spent primarily in nightlife and writing about it. I had a lot of fun with rappers. One of my students is so fascinated that I know Pharrell Williams of The Neptunes; she thinks it’s the funniest thing, because I think she probably thinks I’m such a nerd.

In the investigative end of things, I did some crazy stuff too. I went undercover for three months once to do a piece on a skydiving cult in Chicago. It was insane! I found out people were dying in that place, there was a whole Christian cult aspect, an FBI investigation, there was drug-smuggling. It became a Chicago Reader cover story in 2004. I’m constantly contemplating going back into the life of investigative journalism.

What does the future hold for you?

There’s a project I might be working on that will involve Leipzig and Germany – [it’s] one of the reasons I might come back. I might have to assume a fake identity to get the info that I want [laughs].