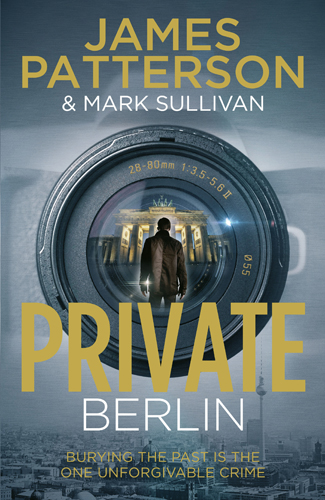 Best-selling author James Patterson sets his latest crime novel in Berlin and steeps it in its history.

In Private Berlin, when the characters are good, they’re very very good, and when they’re bad, they’re horrid. On the dark side, you have a philandering footballer, an ex-KGB nightclub owner and a mask-wearing, whore-fucking, capital letters, BAD GUY. Luckily to save the day, there’s an ass-whooping single mom from Prenzlauer Berg and if you can suspend disbelief (and laughter) for long enough, you’re in for a deftly-paced romp through the streets of Berlin.

The crime story cuts convincingly across the breadth of the city – minus one BVG inconsistency – as the American-based writers conjure up some nice set-pieces at places like Tresor, Tacheles and the Soviet War Memorial. Mattie Engel is the special agent/angel charged with getting to the bottom of this multiple whodunnit, and it’ll come as no surprise that the GDR turns out to have more than a few Skelette in the closet.

But what the story lacks in depth and originality, it more than makes up for in narrative intrigue and pace. The author’s slogan – the pages turn themselves – is disturbingly accurate. And the novel itself is a guilty pleasure of the highest order.