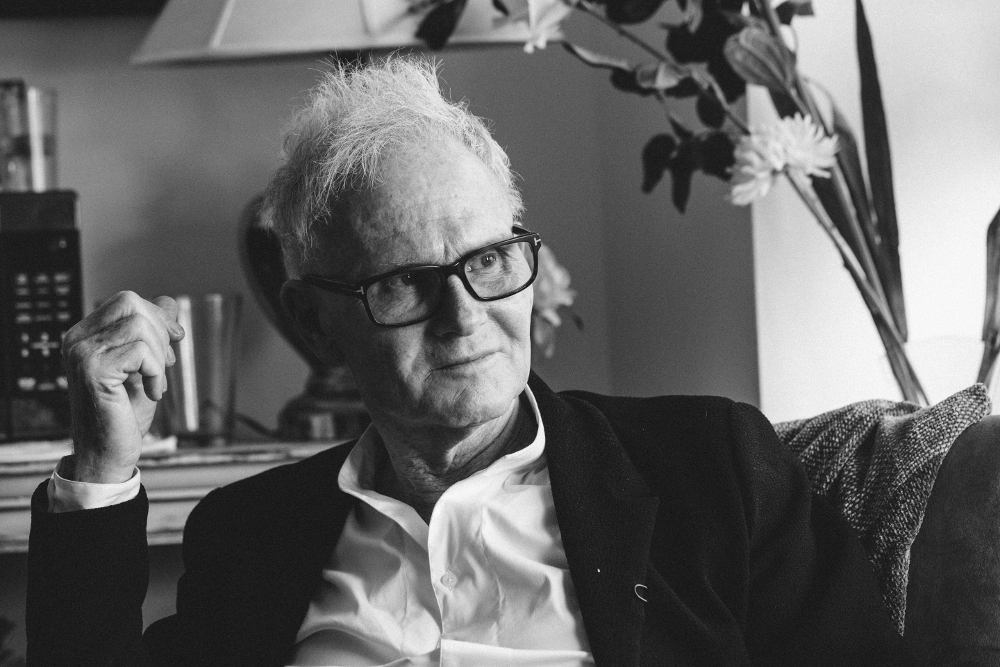 This Friday, June 28 cult US poet Robert Lundquist gives a rare reading in Berlin, alongside some of Berlin’s best contemporary poets. Ahead of the evening, Lundquist’s own editor Heathcote Ruthven gives you the story of this astounding character, followed by the title poem of his new collection, After Mozart (Heroin On 5th Street) in both the original and a German translation by Tzveta Sofronieva, published here for the first time. Catch Lundquist this Friday, 8pm at Manoeuvre gallery where Lundquist will be joined by a fantastic line up of poets and musicians including Tzveta Sofronieva, Alexandru Bulucz, Martin Jankowski, Rumiana Ebert, Sophie Naufal, Sophia Alexandra, and Charles Simmonds.

Lundquist’s poetry is full of longing. A longing to heal and a longing to be healed. His central theme is suffering; how we suffer and the ways in which we experience it. Broken romances, addicts, neglected children. Destitute characters cry out through hallucinatory abstractions. Far from hard-nosed noir, these voices are softly cradled. The images are abstract, resisting order. The vagueness is immersive. It is almost spiritual, though more intimate than doctrinal. This is poetry as art rather than criticism; a rebellion against what he feels is a too academic MFA culture dominating American letters. He is a zealot of a different poetry, in love with Federico García Lorca, César Vallejo, and in particular, Paul Celan. In his thirties he read Celan “every day like some read the Bible”. Through wild experiments with form he builds an idiosyncratic surrealism. Repetitions and half-rhymes drum up strange hymns, and power a tension between overwhelming and control that drives the work into a state of ecstatic compassion.

His life has been narrative-rich and intense. His childhood home was violent. He was arrested for his first serious crime at eight. His father – an LAPD cop who went undercover on drug busts – Robert describes as a “rageaholic” and his mother was committed to a sanatorium when he was 13. He was raised by his displaced Berliner grandmother, the only adult available to provide him with love and care. At 18 he spent two years in a Zen Buddist Centre that ‘saved his life’ and he became a poet. By 22 he was a rising star in Santa Cruz, published in chapbooks, The Nation, and The Paris Review, meeting many important poets of the time. Alcoholism, poverty, and homelessness blighted his mid-twenties, stopping his writing. At 28 he recovered and began a second period of creativity, writing brilliant and admired long-form poems that were featured in Raymond Carver’s magazine Quarry West. He remained sober, but trauma, the anxiety of influence, and disillusionment stymied his poetry. He built a career as a social worker, teaching in prisons and working with addicts. And then spent 30 years training and developing as a therapist. He saw a psychoanalyst four-times a week for 13 years straight(!), got a PhD in attachment theory, and now dedicates himself to his patients. Today he and his wife Nazare have their own practice on Spring Street, DTLA – a place where many of his poems have been set.

Lundquist’s poems remained elusive, available only in out-of-print chapbooks and magazine archives. He never compiled a full-length collection, though he had a cult following. After years of correspondence with Lundquist, UK poetry publisher New River Press have brought together a lifetimes work in After Mozart (Heroin On 5th Street). Lundquist comes to Berlin to read from this collection and give one of his haunting, wonderous readings.

The reading in Berlin is, for Lundquist at least, historic. It is his first trip to the city in five decades. His grandmother – the woman who saved his life – had an extraordinary life like a Dickensian fairy tale. She was from an aristocratic German family and grew up in Berlin. As a teenager at the turn of the century her father took her, her sister, and mother to New York City to build hotels. Soon on arrival he was robbed and shot dead one day – in front of his children – while carrying a large sum of money leaving a bank. Hildegard’s mother and sister then went back to Germany, but for some reason, they left one young daughter behind. She then became a maid on the Southern Pacific Railroad, and eventually a waitress in Los Angles’ Union Station, where she worked for many years. Despite attempts to reunite and requests for help, Hildegard’s wealthy family never supported her. She lived her life with kindness. Robert Lundquist writes of her “it just means so much to read in Berlin because of how proud my grandmother would be. And without her I would most likely be in and out of jail. It was her love that saved me, I am sure of this.”

New River Press have teamed up the poet Tzveta Sofronieva and team at Manoeuvre gallery to celebrate this return with an intimate evening of homemade food, cheap nice wine, discussion and a line up of excellent poets. Alexandru Bulucz is one of the great young poets writing in German at the moment, dubbed “Celan with a clown mask”. Heathcote Ruthven will perform English translations of his work. Martin Jankowski is a great literary activist, originally from East Germany where his poetry was banned by the Stasi. Today he has been writing moving reflections on Indonesia. Two multitalented and award-winning poets (both scientists also!) Tzveta Sofronieva (physicist) and Rumiana Ebert (chemist) will read for the first time in Germany from Reflections In A Well, published recently in London by Paekakariki Press. Young talents Sophia Alexandra and Charles Simmonds will read English originals from the manuscripts of their first poetry collections. And British Lebanese musician Sophie Naufal will perform mournful, elegant songs inspired by themes in Lundquist’s work.

After Mozart (HEROIN On Fifth Street) by Robert Lundquist

whose light shadows the promise of light

whose promise shadows the presence of light

whose presence is the absence of light

in whose absence the presence of light promised.

It is not the shadows that trace our lives

but a match of light

cupped between our hands in prayer

the spoons of which

measure both our hours and our days.

this is where the bare trees roam

their symphony their chorus

rising above the heroin tents

lay beneath a tattooed arm.

who clamps each vein upon each vein

whose fountain of blood

hotels the language of our despair

and protects our throats of envy.

please see the shadows that present the light

please see the light that shadows the promise

forgotten by the childhood

lost in the moist smells of our addictions

lost in the thin scabs over our skin

our eyes see only the resin in our dreams

and our love is the dull ache in the crooks of our arms.